When James Bond does something, he does it with class and conviction. This is apparent in his choice for adventure, gadgets, automobiles, fashion and women. He has been seen trotting around the globe in sophisticated technology and apparel and many of us diehard fans are quite familiar with his rich tastes. His creator Ian Fleming may have weaved the perfect man with the perfect eye for detail, but he omitted (perhaps all too willingly) an integral part of the person that is Bond. His taste in gourmet. Two artists in their own respect have joined hands to show the world and especially fans of Bond what the handsome secret agent liked to be served. Photographer Henry Hargreaves and food stylist Charlotte Omnés have created a photo series of Bond’s culinary indulgences called ‘Dying to Eat’.


Blogs are almost passé these days, no thanks to the magical illusionary world of a picturesque social media. The photo series has created a similar magic featuring perfect table settings and food that he dined on mostly, from the book series. The project involved a lot of research and study into the well-known novel series which was a soother for post WW2 readers. They recreated dishes that Bond presumably consumed, drawing a conclusion on what the smooth operator liked to eat. It is a fantastic idea and for lovers of the movie and character, this could be a treasure to add in their memorabilia. 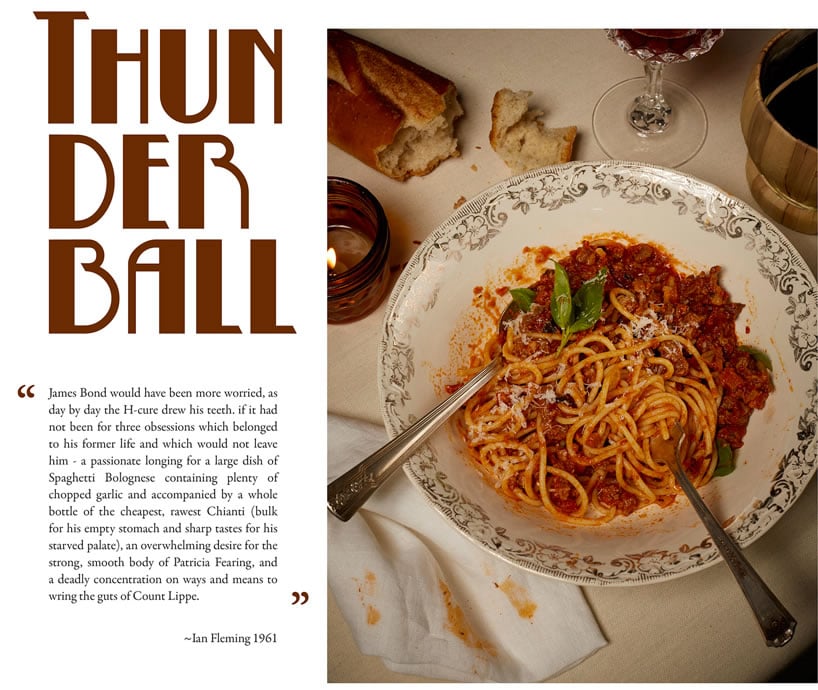 Tags from the story
Food, James-Bond