Turkmenistan also is known as Turkmenia, is known for its archaeological ruins including those at Nisa and Merv, and will now also be known for the grand 50ft-tall bronze sculpture of the Alabai dog coated in gold leaf. Turkmenian ruler Gurbanguly Berdymukhamedov unveiled the statue of his favorite dog breed in the newly-built part of capital Ashgabat. The gold-coated canine is an Alabai, a Turkmen-bred variety of the Central Asian shepherd dog and a symbol of national pride in the reclusive, authoritarian nation. This home-bred Turkmen variety of the Central Asian shepherd dog is a favorite of the ruler who has dedicated books and poems to the dog breed, describing it as a symbol of achievement and victory (he even gifted one to Vladimir Putin). While the cost to create this mammoth structure is unknown, what is clearly known worldwide is that much of Turkmenistan’s population is impoverished. The country is ranked one of the least free globally by press freedom organization RSF, just one place above North Korea. The 19ft (6m) statue sits atop an LED screen with video footage of the breed in various situations. According to the Turkmenistan government, the podium measures 30ft for a total height of 50ft. It will be a monument part of several white marble apartment buildings, schools, parks, shops, cinemas, wedding venues, and sports grounds. The structure isn’t built owing to just Berdymukhamedov’s personal obsession with the Alabai; the large-skulled dog has been at the side of nomads in the Central-Asian nation for as long as it has existed. 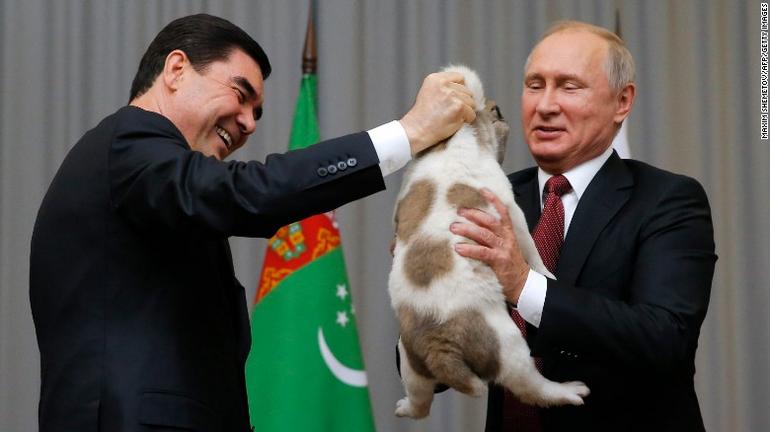 The golden statue is the latest addition to Ashgabat’s growing collection of monuments, joining a gold-coated statue of President Berdymukhamedov himself seated on a horse mounted on a white marble cliff, built at another major junction in 2015. 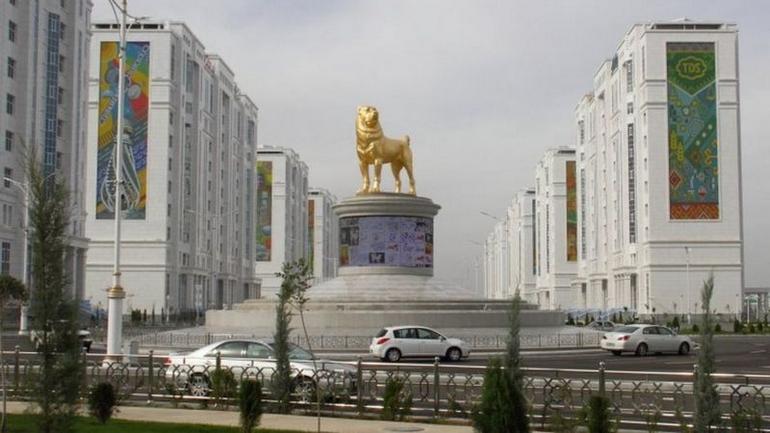