How many times have you heard the adage ‘ when life gives you lemons, make lemonade? This modern-day saying is so casually used; however, a fraction of us hardly ever do it cause whining about lemons is so much easier. That’s not the case with a 29-year-old aspiring model and real-life champion, Sian Green-Lord, from Leicester, who was struck by the yellow cab near the Rockefeller Center shortly after arriving in new york city for a holiday in 2013. Not only did she find herself in an accident barely 24 hours after arriving in the Big Apple, but the impact was also so bad it severed Green’s left foot and shattered her right leg. This led to amputation, but the doctors managed to save her right leg. The good thing is that she didn’t lose her spirit in a life-changing catastrophe even though her troubles did not come to an end post the accident (the mother of one still hadn’t received any money from the accident and the driver of the taxi cab, Mohammed Faysal Himon, has never faced criminal charges). Almost seven years later, Green-Lord is now seen smiling sporting a designer prosthetic leg that she’s created out of a vintage Louis Vuitton bag. The idea of doing this came to her in a dream where she saw herself with a super leg and super-leg she created. 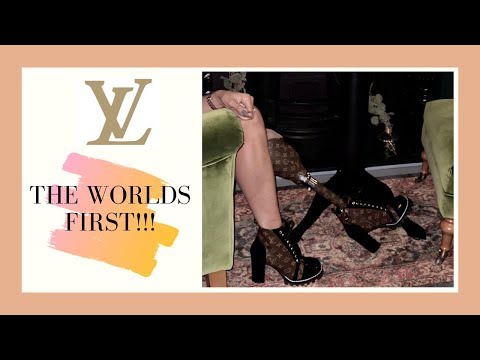 A youtube video documents her making the prosthetic leg at the Blatchford Clinic in Sheffield, England. She also said the leg wasn’t created to be flashy but to remind her of life before the accident. Louis Vuitton has made many girls happy, but I am sure this time around, a girl has made Louis Vuitton happy!