For its Heritage collection of writing instruments, Montblanc resurrects historic pens from its past to celebrate the Maison’s rich history and reimagines those notable editions in a modern avatar that feature the latest designs and technical innovations. For 2020, the luxury brand decided to revisit the so-called Montblanc ‘Egyptian Fountain Pen’ from the 1920s and pay tribute to its beautiful design that was inspired by the ancient Egyptian civilization. Back in that era, the western world was smitten with Egyptian civilization, which is believed to be one of the oldest on the planet. The obsession started during the nineteenth century as a result of Napoleon’s Egyptian Campaign and peaked in the 1920s when King Tutankhamen’s tomb was discovered, which started the new era of “Egyptomania.” Some of the most important areas of culture influenced by Egyptomania were literature, architecture, art, film, politics, and religion. As a result, Montblanc released the Egyptian Fountain Pen with a design inspired by the ancient North African civilization. 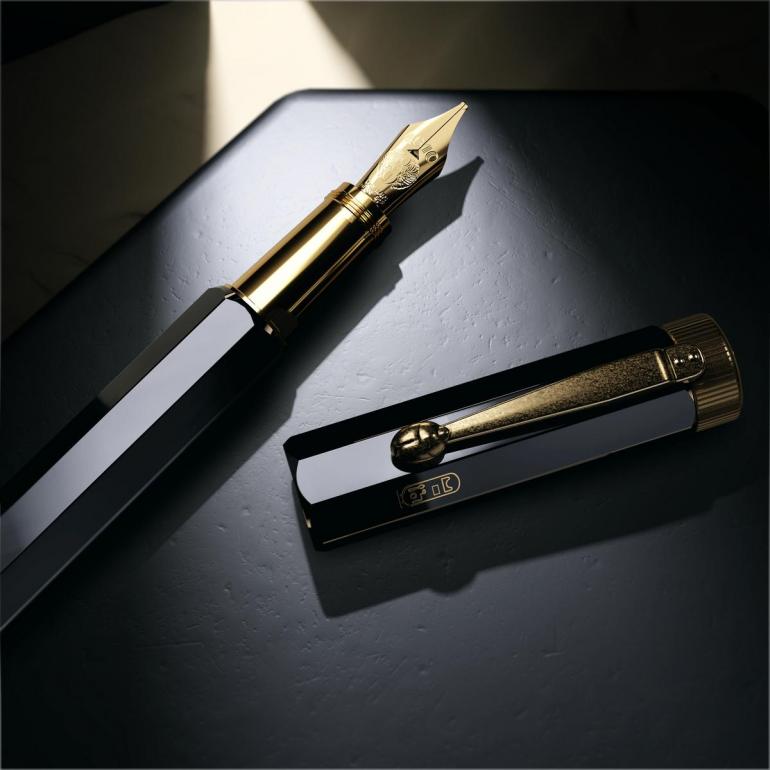 The newest to join the Maison’s Heritage collection is the Montblanc Heritage Egyptomania writing instrument that offers a modern take on the century-old classic fountain pen. The design elements of the new writing instrument were created in partnership with an expert in Egyptology. It is decorated with a set of authentic hieroglyphics that translate into the word “Montblanc” with the symbols translating to “white stone mountain.” There are two versions of the new Montblanc Heritage Egyptomania pen, each available as a fountain pen, ballpoint pen, and rollerball pen. The first one is the Heritage Egyptomania Resin, which has an octagonal cap and barrel finished in precious black resin with authentic hieroglyphics, vintage gold-coated fittings , and a 14K gold nib with an embossed scarab. The other version is called Heritage Egyptomania Doué. It comes with an octagonal cap in precious black resin and a barrel with metal embellished with authentic hieroglyphics, vintage palladium-coated fittings, and a 14K gold nib with an embossed scarab. The hieroglyphics are taken from a passage of the “Book of the Dead” of Hunefer, a royal scribe who lived during the 19th century (1300 B.C). 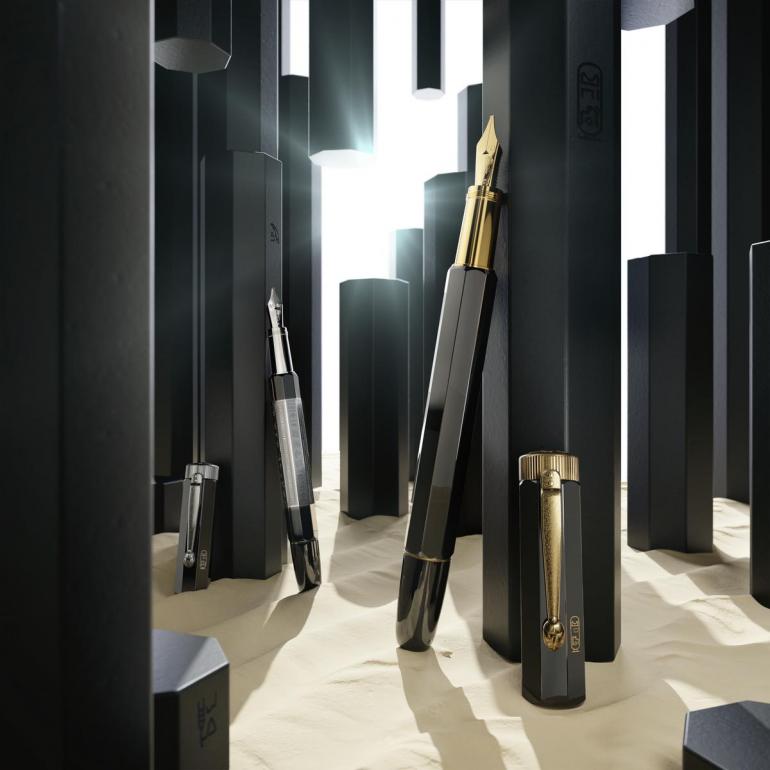 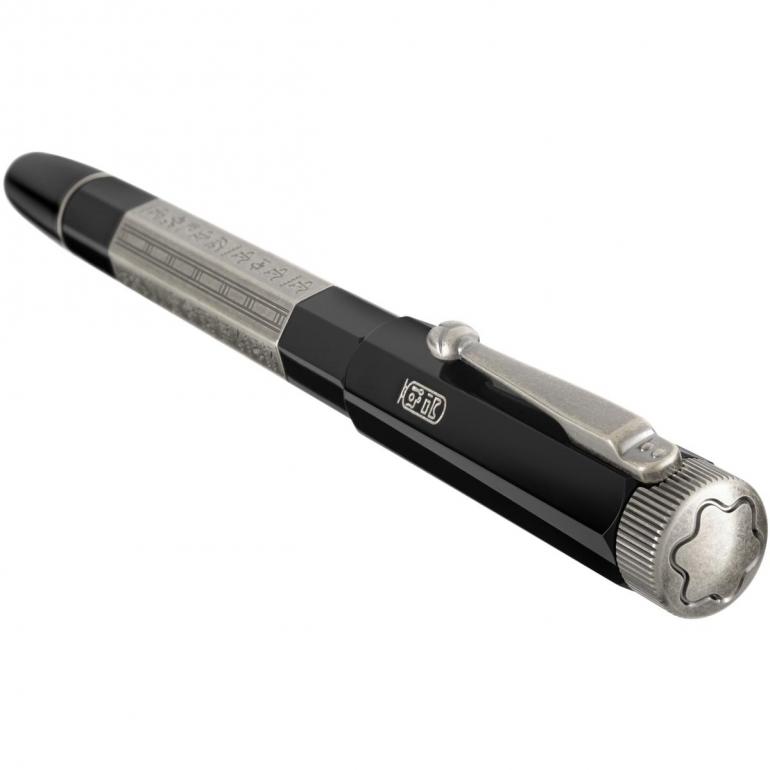 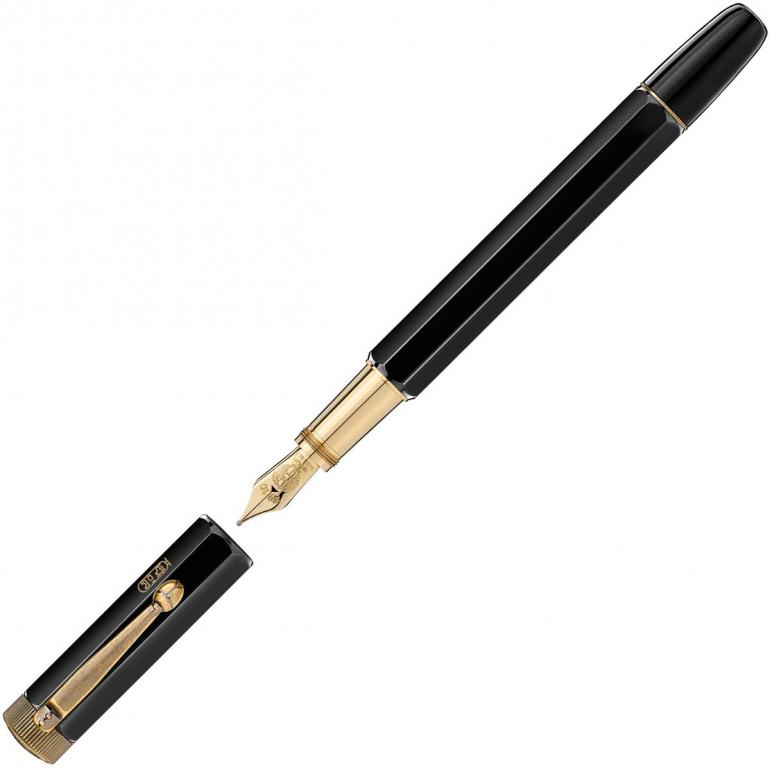 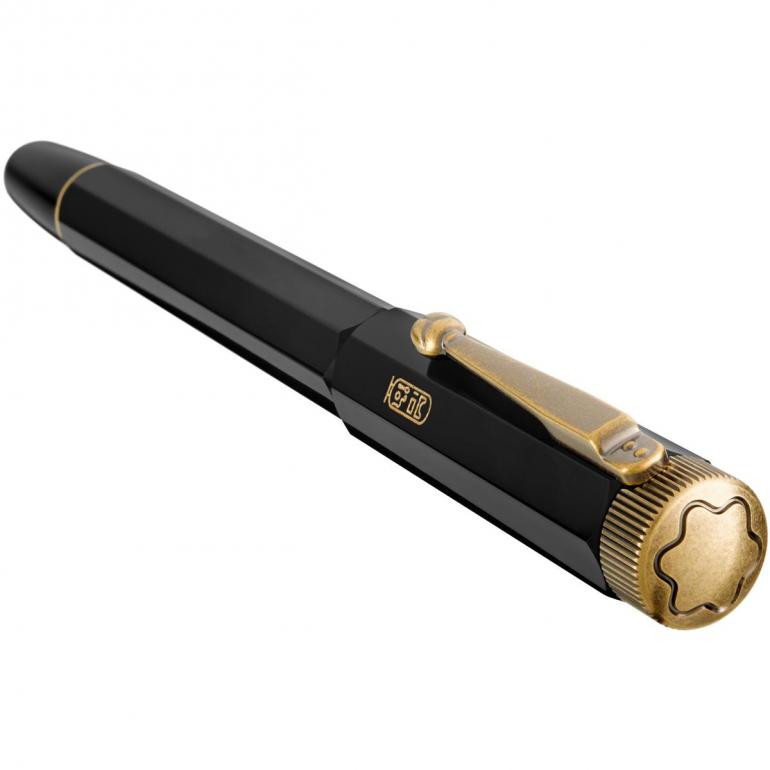