Move over PYT’s, the era of the Gran-influencers has dawned and is taking over the ‘Gram’ (or should we rename it as ‘Gran’ already?!) what was started by the young people for the young people is now turning tables shifting the spotlight on ‘grandmothers.’ Time to bid adieu to our stereotypical grannies and grandpas, who loved knitting, petting the cat, strolling with a stick, and making pies, and make way for Granfluencers who are showing millennials how to live their best lives by dressing up in fabulous designer outfits, traveling the world, and living life gran-size. We witnessed baby boomers take over Instagram marketing and are just as excited to see the effectual elderly members of Generation X hopping on the bandwagon. While some are all about fashion, others document their travels or their fitness regimens. We have listed below some beaming examples of ‘Granfluencers’ who are doing it all right even at 70,80, and even 90!

7. Irvin Randle, 59, 417,000 followers
This grandpa owes his fame to his stylish pictures, which earned him the title #MrStealYourGrandma. Since then he took on this new route and featured in major Pop Culture magazines and media such as People, Cosmopolitan, Essence, TMZ and more. He also featured on The Wendy Williams Show segment called “Yaaas & Mess of the Week: #MrStealYourGrandma” and usually generates $1,400 per post.
6. Grece Ghanem, 56, 529,000 followers
Montreal-based Grece Granem, has made a fan base who likes two things that personify her: microbiology and designer clothes. In Canada, she became a personal trainer and had to build up her wardrobe again from scratch. These days that is taken care of by sponsorships from brands like We Are Missoma, e-commerce site Farfetch, and accessories brand Aspinal of London.
5. Sarah-Jane Adams, 65, 194,000 followers
Think Sarah-Jane Adams, think non-conformist eclectic fashion sense. First a punk, then a hippie, and now a fashion granfluencer who offers the world a mash up of vintage, hippy, sportswear, punk, and culturally diverse looks that are becoming a huge hit. She is a success story with her own jewelry line and a book, as well as a contract with IMG models. Among noteworthy partnerships with H&M, WWD magazine, L’Oréal, Miu Miu, and even Mercedes-Benz.
4. Accidental Icon, 67, 749,000 followers
67-year-old Lyn Slater has a master’s in criminal justice and a Ph.D. in social welfare, but more than her smarts has the world swooning over her classic style. She personifies the adage, ‘aging gracefully,’ and has fans looking up to her from all around the world. She says, ‘I’m not 20. I don’t want to be 20, but I’m really freaking cool. That’s what I think about when I’m posting a photo. I am in my 60s, and I am the most visible I have ever been in my entire life,’ she added. She gets $2,984 per sponsored post. 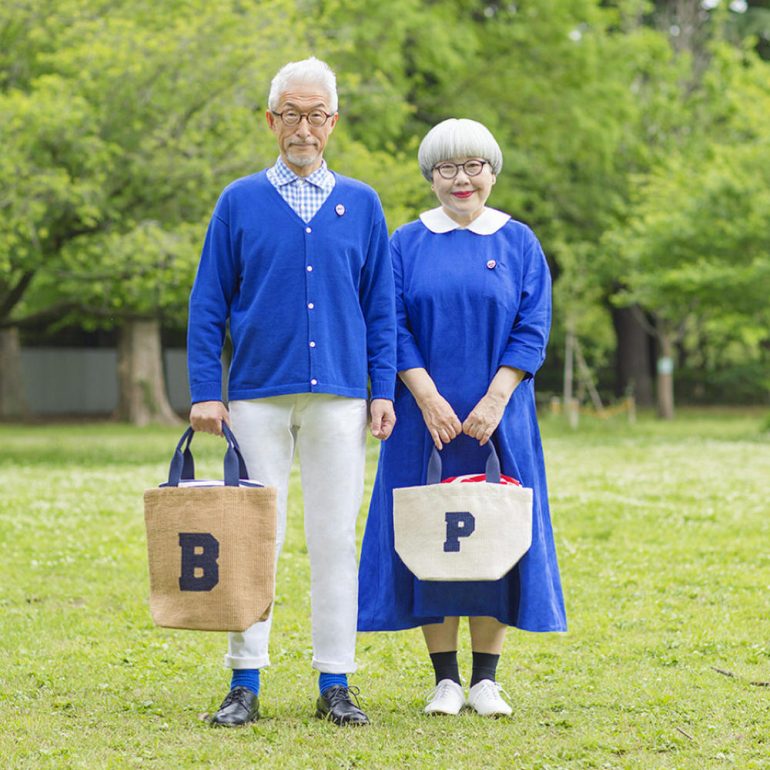 3. Tsuyoshi and Tomi Seki, 60’s, 826,000 followers
Tsuyoshi and Tomi Seki aka Bon and Pon, make up to $3,292 for an outfit post. They are worldwide sensations, Instagram stars getting attention for what they wear. The sexagenarian couple appears almost daily in an array of outfits incorporating similar styles and colors and has done so for the last 38 years of being together. Next month they will launch their own range of clothes and accessories, in collaboration with a designer, at the Japanese department store Isetan Mitsukoshi.


2. Joan MacDonald, 74, 1.1 million followers
Joan is leading by example and her Train With Joan Instagram account is testimony to that. Surprisingly she didn’t even start exercising at a gym until a few years ago and firmly believes, it’s never too late to start something. Now she’s a gym rat and a social media pro and has promoted clothing brands, workout gear, and supplements on her page.
1. Baddie Winkle, 92, 3.5 million followers
The most popular granfluencer of them all is Helen Ruth Elam who proclaims in her bio- ‘been stealing ur man since 1928.’ that alone reveals her zest for life and shatters every restricting maxim about dressing one’s age. Her give-a-damn dressing, bright as-her-personality attire has not only won her millions of followers but also some lucrative deals from brands like Amazon Echo Show 8, Svedka vodka, LG, Canada Dry, Aussie Hair, My/Mo Mochi Ice Cream, Jack in the Box, Fashion Nova, Lisa Frank, INC.redible Cosmetics, and more. She gets $9,815 per sponsored post
Tags from the story
Influencers, Instagram