Not just humans; even microscopic organisms seem to find inspiration in art! And proving so is recent revelation by researchers who stumbled upon a regeneration of Van Gogh’s stary night by mutant bacteria. Yes, that’s right! 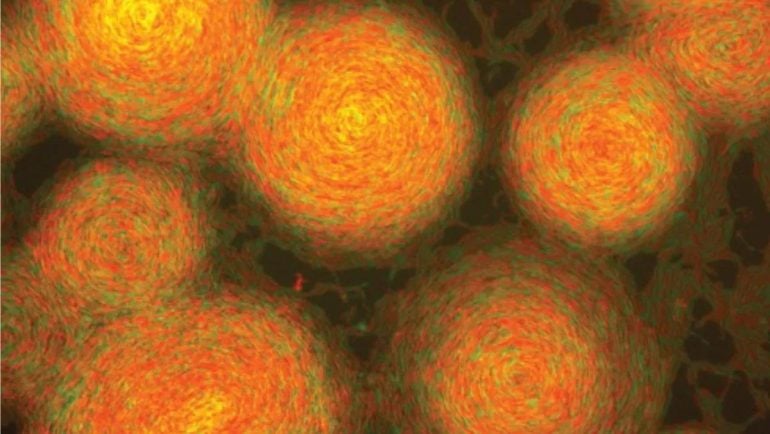 In their endeavor to study the social behavior of bacteria, scientists at Rice University and the University of Wyoming found that bacteria had pretty much replicated the Van Gogh masterpiece in microscopic form with artificial coloring.

They were researching Myxococcus Xanthus, a bacterium that moves and feeds in swarms and while doing so, found out that a certain protein in the bacterium caused the microorganisms to self-organize into swirling blobs which is what led to the artistic effect.

Commenting on it, microbiologist Daniel Wall from the University of Wyoming in a statement said, “Our work highlights how a social bacterium, known for rich sources of therapeutic natural products and as crop biocontrol agents, serves as a powerful model for studying emergent behaviors that also exhibit artistic beauty.”

The swarms of the bacteria typically created circles within four hours, and at 12 hours, they turned into a piece of art spread across the entire Petri dish, as also explained by findings published in the American Society for Microbiology’s mSystems scientific journal.

As ScienceAlert says, bacteria are known for being “selfish,” which makes M. Xanthus quite unique because it’s a social bacterium that needs to work with relatives to survive and gain the strength to capture and digest its prey.

Well, as they say, art is everywhere!

Tags from the story
Art, Van-Gogh