Skulls and bones are rarely a welcome sight. And as a rule, one would prefer them to be kept under wraps. But there seems to be one exception to this rule. The sparkling life-size skull carving made from a meteorite has us awestruck! This skull that is the handiwork of artist Lee Downey is probably the largest skull carving ever made from a meteorite and the 46.5 pound skull is now on offer at Bonhams Los Angeles. The skull, Yorick, named after the deceased court jester in Shakespeare’s Hamlet, whose skull is exhumed by a grave digger has spent more time on this planet than we have. It is carved from an iron-bas Gibeon meteorite that crashed to the earth in Namibia around 1000 years ago. The value of this skull has been matched to its rarity and is estimated to sell for about $300,000- 400,000 at Bonhams this November. To give you an idea of exactly how uncommon this specimen is, only one out of seven meteorites are made of iron and to top it off, the condition of this specimen in question is exceptional and free of pitting or cracks. 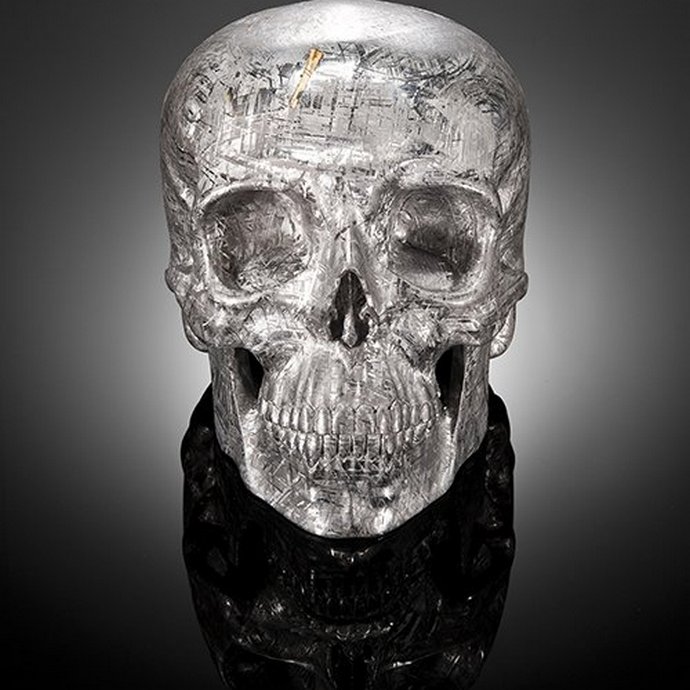 This “symbol of death, of eternity, of immortality, of demise and rebirth “as Downey calls it weighed a 615 pounds before he laid his skillful hands on it. The artist futher explained the thought behind this masterpiece. He said,” “Of any material I could think of to fashion an accurate human skull out of, this Gibeon meteorite best embodies the ‘mystery’ most acutely.” While it’s some relief to the million puzzles encircling our heads, the reason behind why the artist chose to carve a skull beats us! 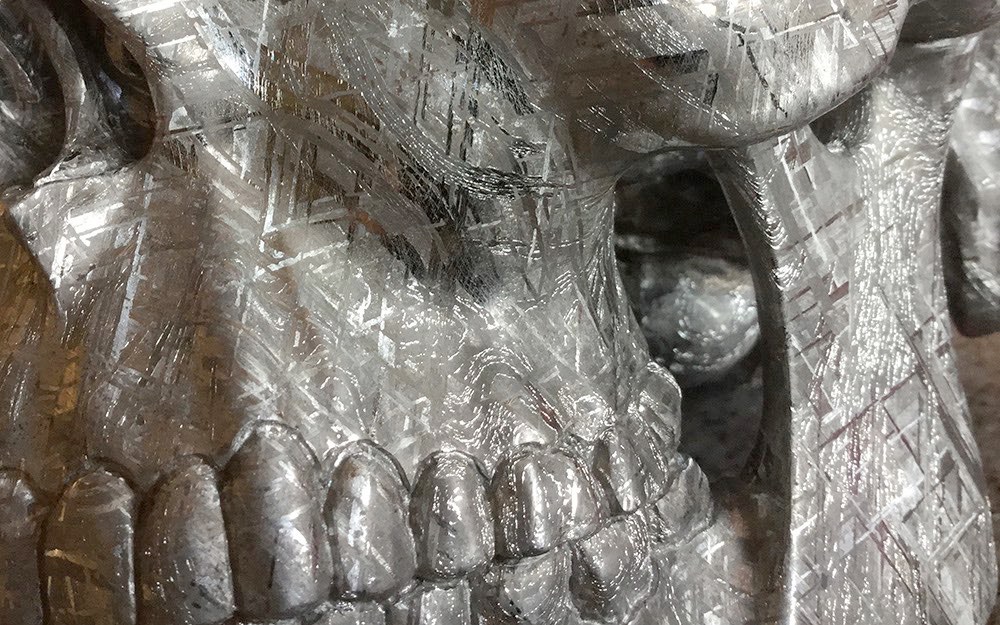 Tags from the story
Art, skull