Hot on the heels of his pop-up store at London’s Old Selfridges Hotel Tom Dixon has opened his first retail store in New York City. Located at 243 Centre St. Soho, the store marks the British designer’s first showroom outside of London. The 1,000 sq. foot store is at street level and will house all of Dixon’s distinctive products including iconic designs like the Brew coffee set. 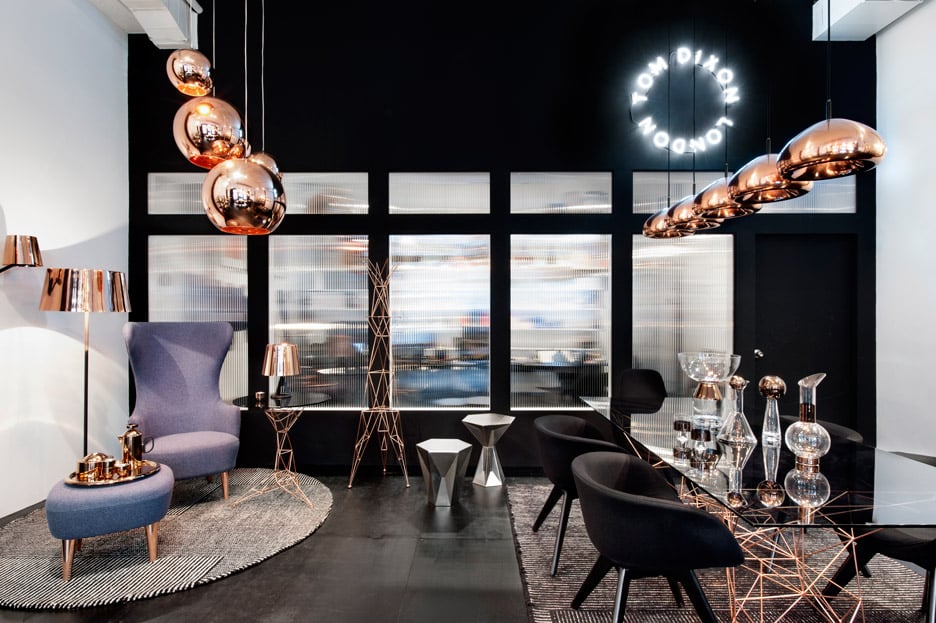 Dixon called the new space “a service centre for professionals and consumers, where the complete catalogue of ‘extraordinary products for everyday use’ can be shown, explained, demonstrated and of course, purchased.” Speaking on the necessity for a retail space he added, “It was important to have a space at street level with an open door where everybody can come in and see our fresh ideas at first hand. I hope this will be the departure point of many great adventures in the New World.”

The designer seems truly excited to have a store on American soil and he was quoted saying, “America has truly been the land of opportunity for us over the last couple of years, so we wanted to have a direct connection with the people who enjoy our work.” It was also a great opportunity to be close to his fellow designer Tom Sachs whose own store is right next door and who has been a friend of Dixon’s for years. “Sachs was instrumental in offering up the location and has contributed the hand-scrawled signage to the storefront, providing a warm New York welcome to the London upstarts,” said the designer.

Speaking on the design elements that went into the creation of the store a spokesman for the company stated, “We tried to keep as many original features as possible such as the tin ceiling. We also did things like sandblasting the steel pillars and leaving them untreated in order to expose the raw architecture of the space.” The store was –of course- designed by Dixon and his team.

Dixon’s main store is the Dock located in west London. He also has two concessions inside Harrods and designed a sandwich café for the department store last year. So the next time you’re in the Big Apple and feel like buying a copper plated stapler, you know where to go!

Tags from the story
New-York, Stores