Karl Largerfeld’s cat –Choupette- has done more in her short lifetime than any of us can take credit for. From inspiring makeup and accessory collections to starring in her own campaign, this cat probably has more fashion cred than all the Kardashians combined (except Kendall, we love Kendall).

The Blue eyed Birman cat’s recently played the model in a photoshoot shot by her owner (more like slave, if you ask us. There’s only one boss in any human-cat relationship, and it’s never the human!) Largerfeld, for the 2015 Opel Corsa calendar. Haven’t you heard calendar girls are so passé, 2015 is all about calendar kitties! 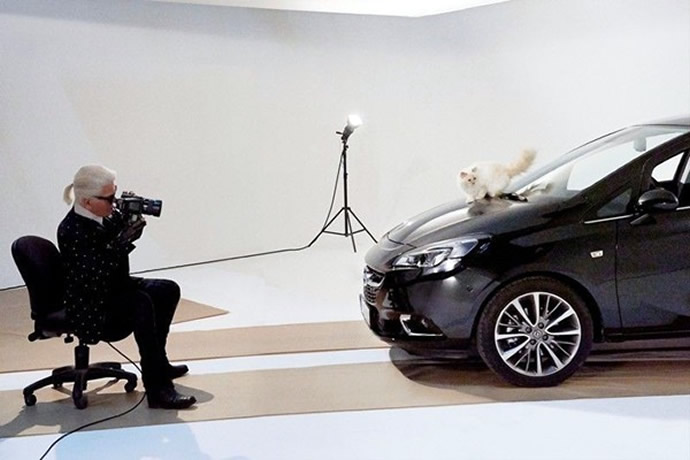 The shoot took place in a studio in Paris and even though the car was supposed to be the star, it looks to us like Choupette stole the show. “Choupette is very professional and did a great job, just as I would expect from a star. She was relaxed, whether behind the wheel or on the roof of the Opel. However, she did sleep for 12 hours after we had finished,” said Karl of his experience as a photographer. 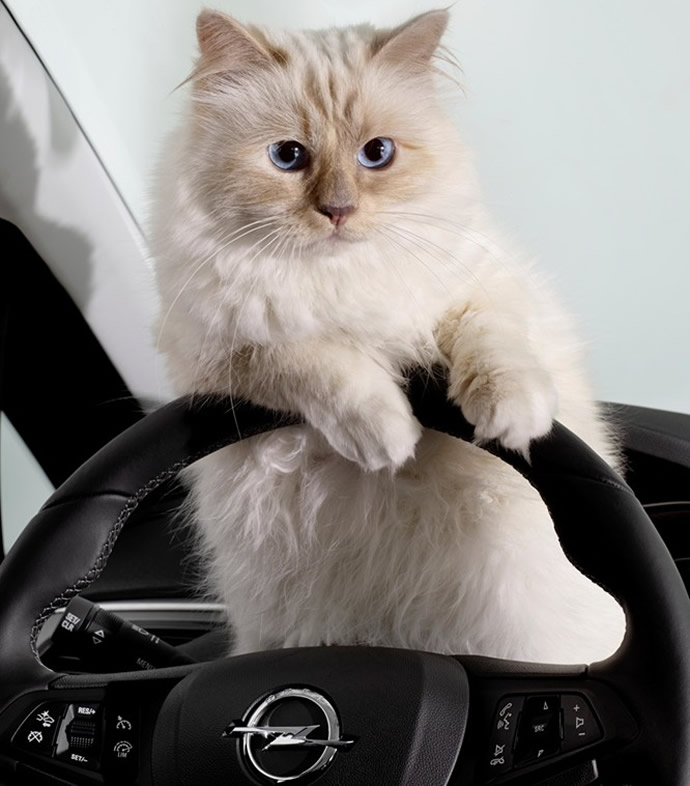 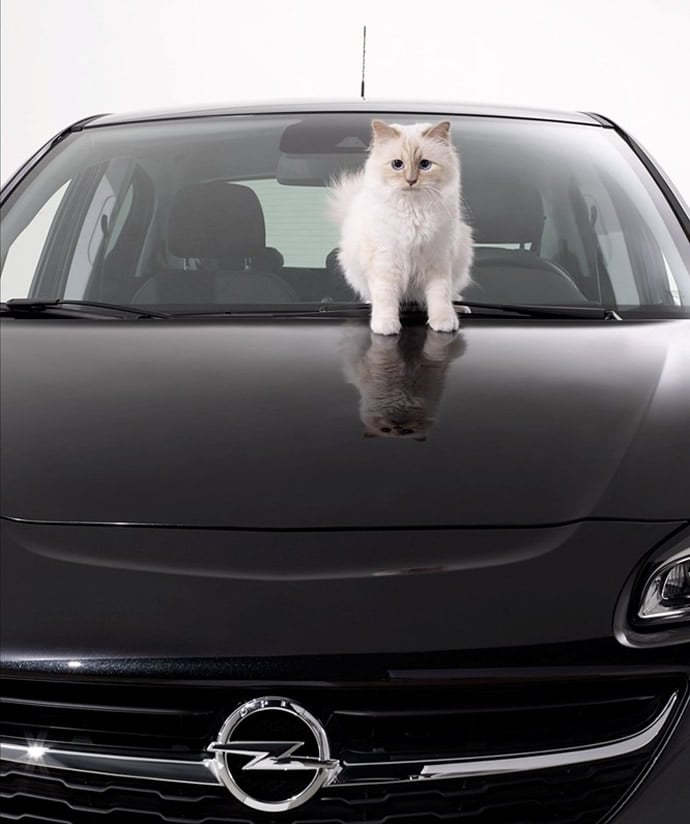