Over the last several years, British luxury carmaker Aston Martin has not only put effort into building physics-defying hypercars and supercar-quick SUVs but also branched out into real estate. While the under-construction Aston Martin Residences in Miami, Florida remains its flagship project, the automaker has also brought its design magic to independent luxury villas. Back in 2020, Aston Martin showcased the stunning $7.7-million Sylvan Rock house followed by five uber-luxurious homes in New York City. For its latest project, Aston Martin has teamed up with Japanese luxury real estate leader Vibroa to build the first Asian home “designed by Aston Martin.” Located in the Minami Aoyama area of Tokyo, the four-story building is an architectural beauty. 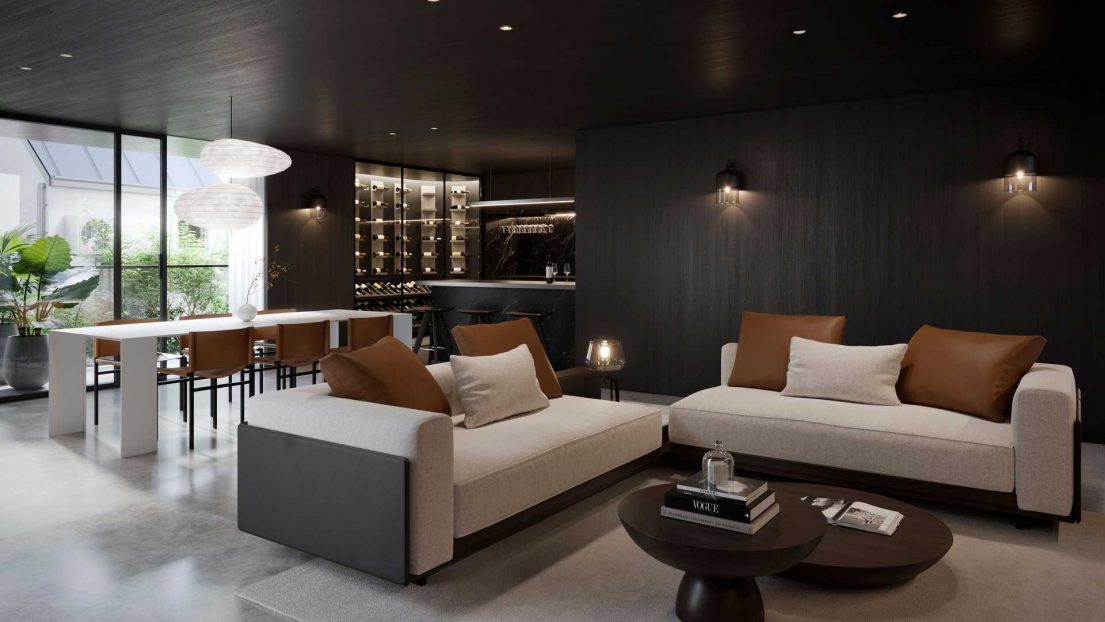 “Outside, we’ve created a striking architectural form with clean lines and seamless boundaries so the residents can connect with and experience this unique location. Inside, we’ve catered to the senses, using a holistic combination of elements and materials to create a calm and relaxing space for them to retreat,” said Aston Martin Chief Creative Officer Marek Reichman. A team of designers from Aston Martin collaborated with local architects to not only design the exterior but also the building’s interior, including selecting the furniture. 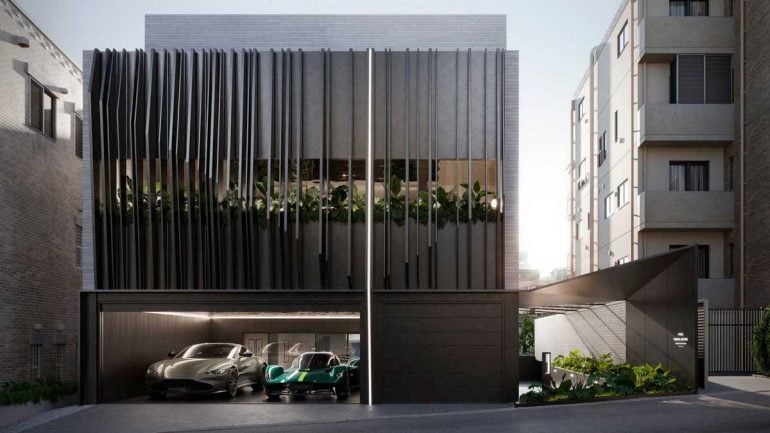 Starting with the exterior, the building features a thoroughly modern design that is clean yet has some interesting styling elements. This includes vertical slats covering the entire facade of the building except for the ground level. It might remind you of a car’s front grille and it provides cover to a balcony that’s covered with plants and has its own jacuzzi. 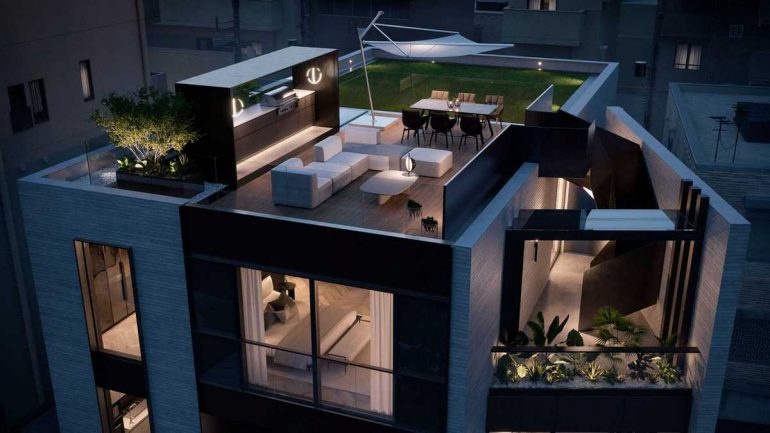 At the ground level is an automotive gallery, which is nothing but a fancy open garage that showcases the owner’s vehicle in a very glamorous fashion, almost pulling the entire attention towards it. The design renderings show an Aston Martin Valkyrie and a Vantage parked next to each other with dazzling ceiling lights highlighting the curves of both automotive beauties. 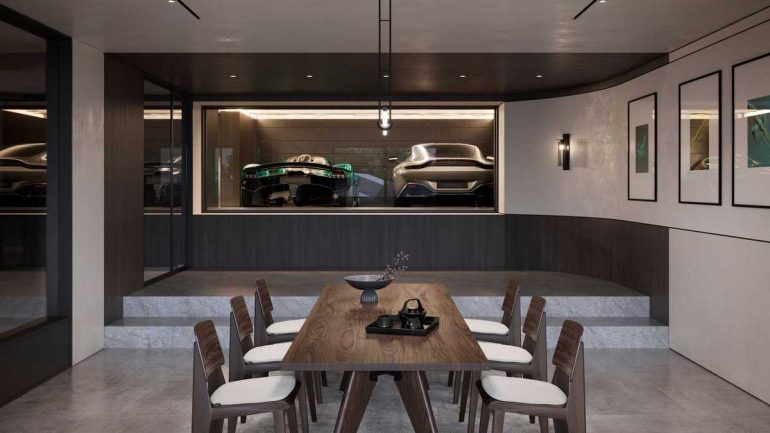 But, guess what! The automotive gallery also has a glass wall facing the dining area at the ground level for the owner to appreciate the beauty of his prized possessions while having meals. The interior extensively features black wood used for covering the walls and ceiling. 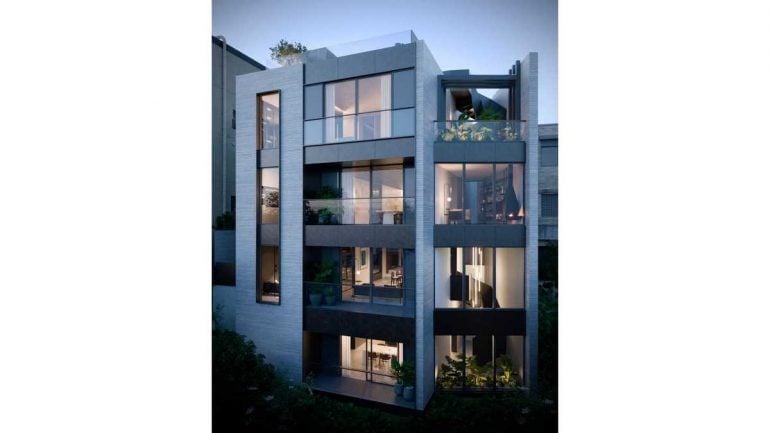 The terrace has a small lawn and a patio area along with an open kitchen and a dining area. The rear side of the building is covered with floor-to-ceiling windows on each floor. Other amenities include a wine cellar, a home cinema, and a gym. The Aston Martin home is still under construction and is expected to be completed by November 2023.

Tags from the story
Aston-Martin, Japan