Building supercars is an exceptionally tricky business. For every supercar that adorned millions of bedroom walls as pinup posters, there are plenty of failed high-performance machines that spectacularly failed, often taking down their manufacturers along with them. While some of these high-horsepower machines were simply not good enough to justify their price tags, some were victims to circumstances. We’ve made a list of 10 such supercars that badly flopped with a tiny disclaimer – the list might include a few of your favorite supercars. 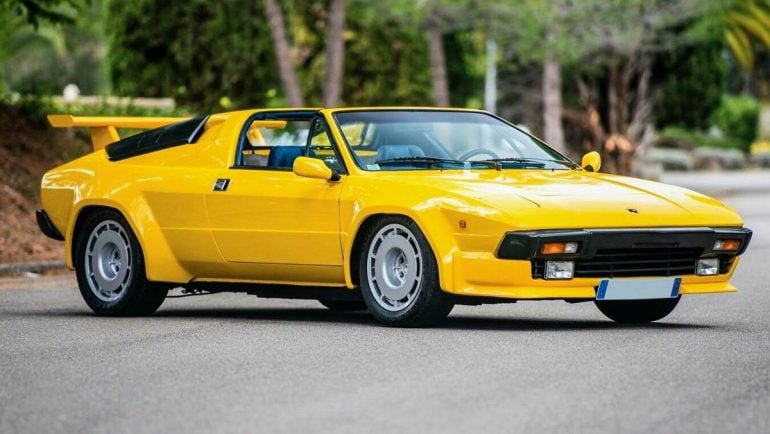 10. Lamborghini Jalpa (1981-88)
Storied Italian automaker Lamborghini is often credited for being the manufacturer that introduced the whole supercar segment with the launch of Countach. However, the wild V12-powered supercar became so popular that it completely eclipsed some of the other supercars produced by the Italian marque in that same period. One such forgotten Lamborghini is the Jalpa that debuted alongside the Lamborghini LM001 super SUV at the 1981 Geneva Motor Show.


Placed below the Countach as a more affordable and easier-to-drive supercar powered by a smaller V8 engine, the fate of Lamborghini hinged on Jalpa’s commercial as the company was finally struggling in the late 1970s. However, the obsession of automobile enthusiasts with the Countach was so outrageous that the Jalpa became a massive failure. While the Lamborghini Countach is a favorite amongst collectors and can easily sell for several million dollars, the Jalpa remains an unloved, forgotten Lamborghini with no takers.
9. Vector W8 (1989-93)
The Lamborghini Countach is the supercar that pioneered and popularized the sharply angled “Italian Wedge” shape – a design that was created by the iconic designer Marcello Gandini. However, one of the most striking supercars from the wedge-shaped era has been largely forgotten by the masses. American automobile manufacturer Vector Aeromotive Corporation created some of the wildest supercars in the 1980s and 90s. The one that stood out was the Vector W8 that looked straight out of a sci-fi movie. It was the production version of the Vector W2 prototype and only 22 examples were built between 1989 and 1993.
The supercar was powered by a twin-Turbo 6.0-liter V8 with 635hp on tap, which is ridiculous for its era. It also had a quite futuristic chassis with carbon fiber and Kevlar body panels bonded on an aluminum honeycomb monocoque. But the Vector W8 never managed to get the recognition it deserved, turning it into a failure. 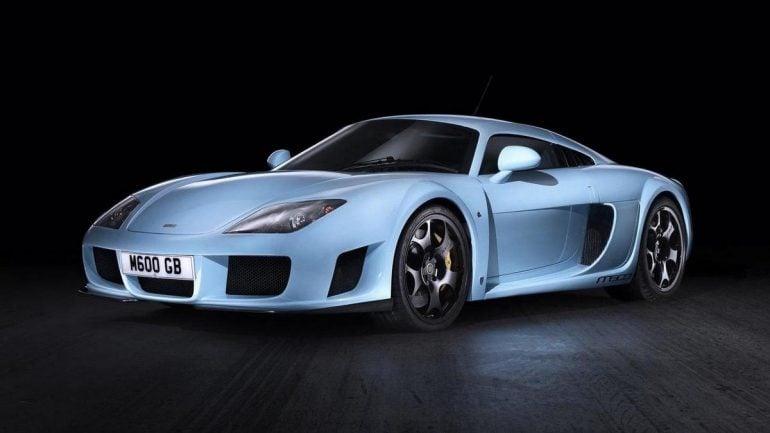 8. Noble M600 (2010-*)
British boutique manufacturer Noble launched the M600 supercar in 2010 as a worthy competitor to the likes of Ferrari and Lamborghini. Officially, the Noble M600 is still in production, but we aren’t sure if the tiny factory in the outskirts of Leicester, UK has made any in the recent past. A team of fewer than 20 people hand-built these beautiful machines that offered the unhindered, pure, analog driving experience of supercars from the past. This made it a favorite with driving enthusiasts and most automobile publications. 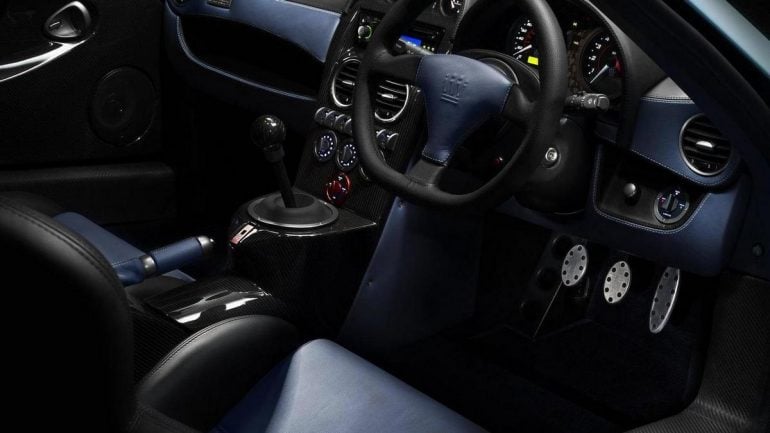 However, the tightening regulations made it almost impossible for the small British company to keep up with the bigger players in the industry. To make things worse, the $300,000 starting price was way too steep for buyers who could easily go for supercars from established brands available at lower prices. We wish Noble can make a comeback and create more exciting cars. 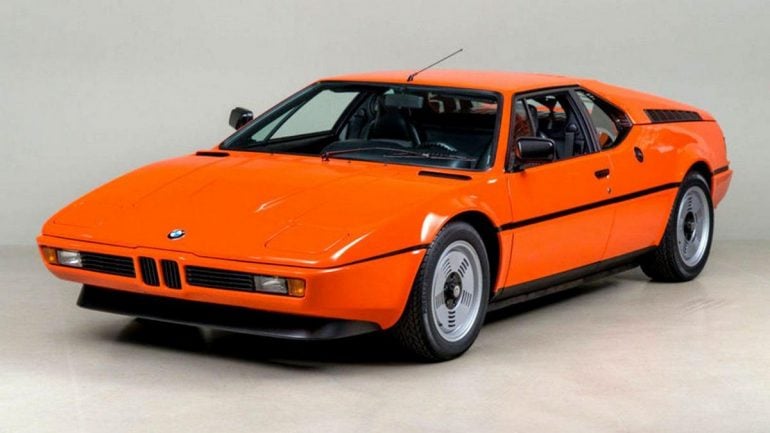 7. BMW M1 (1978-81)
Most people won’t be aware of the fact that BMW’s first and only true supercar was also a wedge – the legendary M1. Designed by famous Italian designer Giorgetto Giugiaro, the M1 was nothing like any BMW that came before or after it. However, the iconic BMW was the right car at the wrong time which became a victim of changing times. The BMW M1 was created to compete in the Group 4 and Group 5 racing against the less expensive, more powerful Porsche. The homologation rules demanded the production of road cars based on the racing version. Initially, BMW signed a manufacturing deal with then-tiny Lamborghini for the M1, but the Italian automaker’s financial problems and imminent bankruptcy delayed the production and eventually killed the deal. 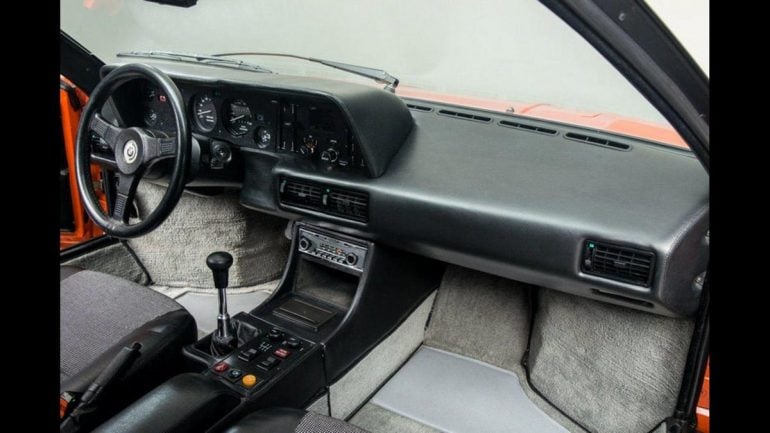 This was a major setback and by the time the road-going M1 entered into production in 1978, it was already destined for failure. Only 453 examples were made between 1978 and ’81. Although the mid-engine wedge-shaped BMW was a commercial failure, it’s a rare automobile that’s highly desirable amongst car collectors. 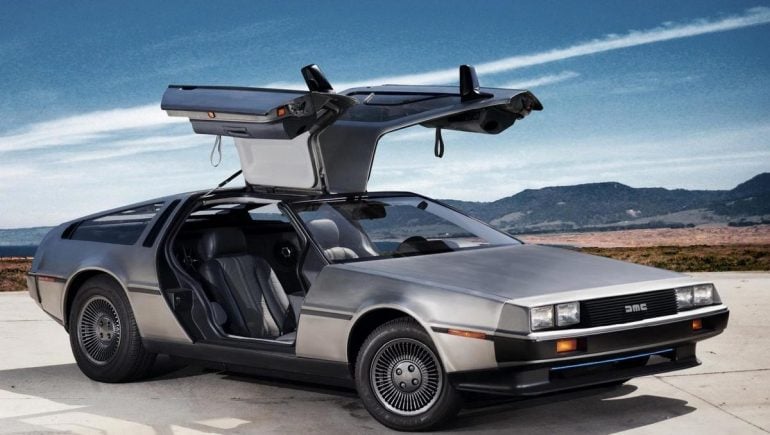 6. DeLorean DMC-12 (1981-82)
The DeLorean hardly needs any introduction. The rear-engine, two-door, wedge-shaped sports car is one of the most iconic cars of its era, largely thanks to its unique look and its role in the cult-classic “Back to the Future.” The DeLorean was the only car ever produced by American manufacturer DeLorean Motor Company that was started by John DeLorean in the 1970s. The former GM manager got legendary designer Giorgetto Giugiaro to design the car, who used some old sketches which were meant for the Porsche 928 to create the DeLorean’s design in just six months. 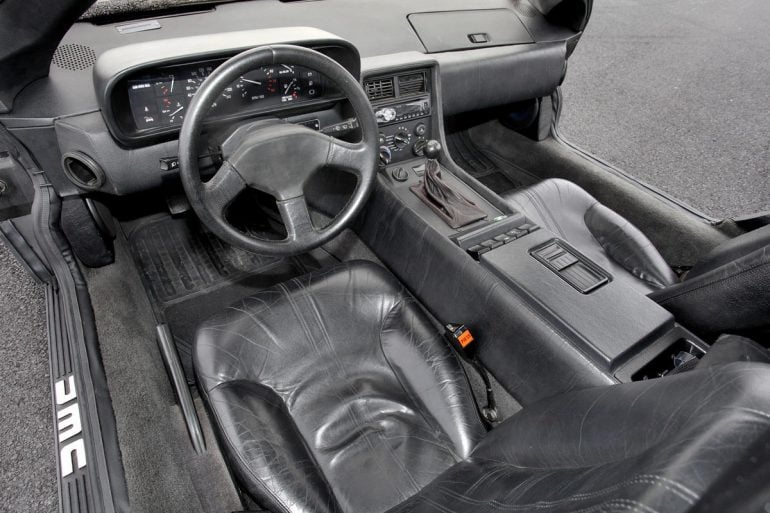 DMC struggled from the very early days, which took a huge toll on the project. Several different engine options were tried, but the company ultimately went with a Peugeot V6 with 140 horsepower, 130 for the US market. This was one of the biggest reasons for its failure. About 9,000 units of the DMC-12 were ultimately built at the company’s Northern Ireland factory before the production was seized for good. 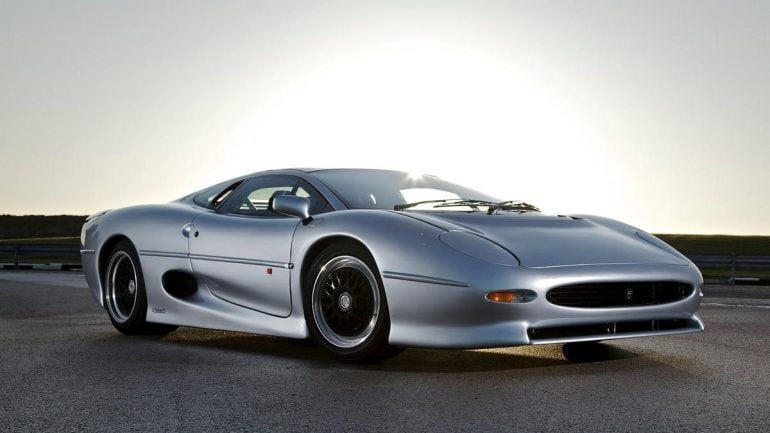 5. Jaguar XJ220 (1992-94)
Jaguar showcased a stunning road-going supercar in the ‘80s to celebrate its rich motorsports heritage. The Jaguar XJ220 debuted as a concept car at the 1988 British International Motor Show in Birmingham, England, with its name paying tribute to the Jaguar XK120 of 1948. This came only four months after Jaguar had claimed victory at the 24 Hours of Le Mans, which made potential customers very excited. The British manufacturer had accepted around 1500 deposits of £50,000 each by the end of the year promising an all-wheel-drive supercar with a mid-mounted race-bred V12 engine. 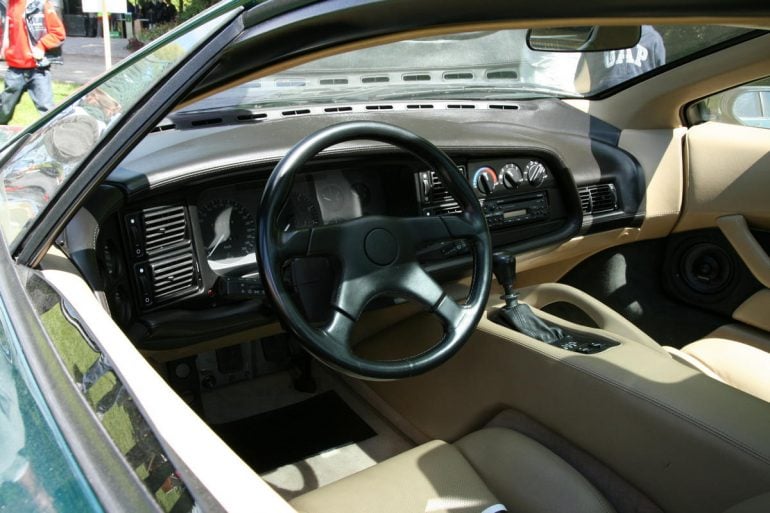 However, what Jaguar came up with as a production car after four long years was a two-wheel-drive machine with a V6, which completely destroyed its image and ultimately its demand. The massive 6.12-liter V12 from Tom Walkinshaw Racing was never going to meet the emission regulations and neither Jaguar had the capacity to build it. The XJ220 recorded a top speed of 212.3 mph, making it the fastest car from 1992 to 1993, but there was little demand for a V6 supercar. 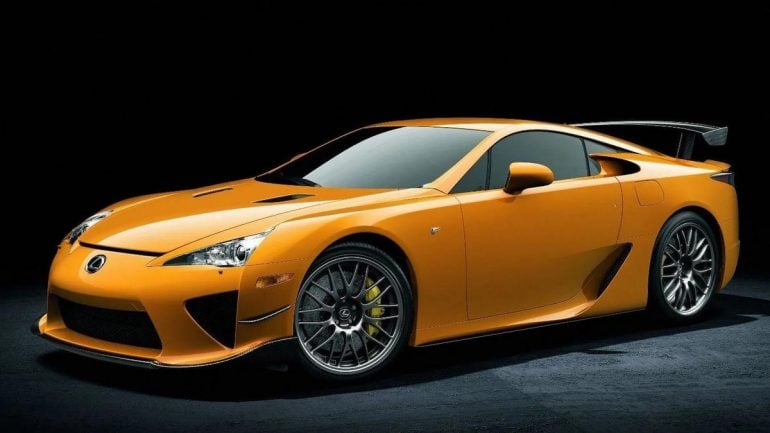 4. Lexus LFA
The Lexus LFA is arguably one of the best sounding road cars ever made; however, it’s also the car that nearly broke Lexus. In the early 2000s, Toyota’s luxury car division came up with an ambitious plan to create a halo car that would set a new standard in the automobile industry. The goal was to create a no-compromise supercar to beat European manufacturers like Ferrari and Lamborghini and also create more public interest towards the brand. However, Lexus ended up spending more than 10 years in the development of the LFA, rebooting the project several times, which eventually became very expensive for the company. 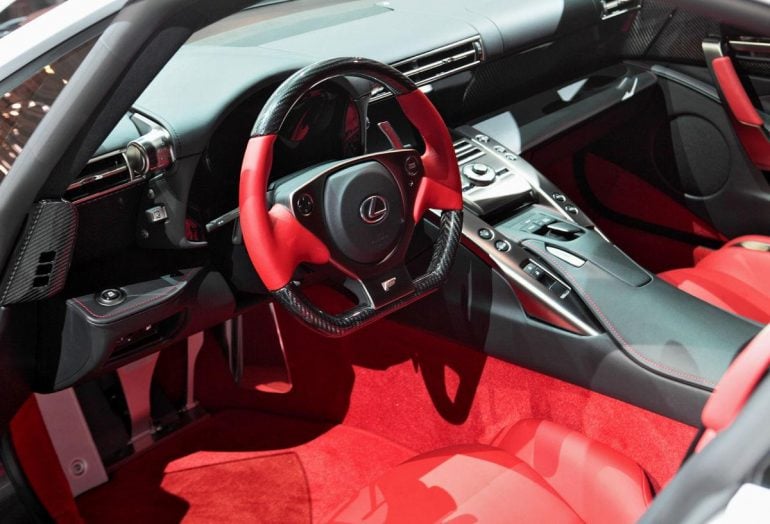 The production version of the Lexus LFA featured a 4.8-liter V10 engine developed in collaboration with Yamaha, while 65 percent of the LFA’s body composition by mass was made from carbon fiber-reinforced polymer. Despite a price tag of close to $400,000 when it was launched in 2010, it is rumored that Lexus lost almost half a million dollars on each car, making it a halo car flop. 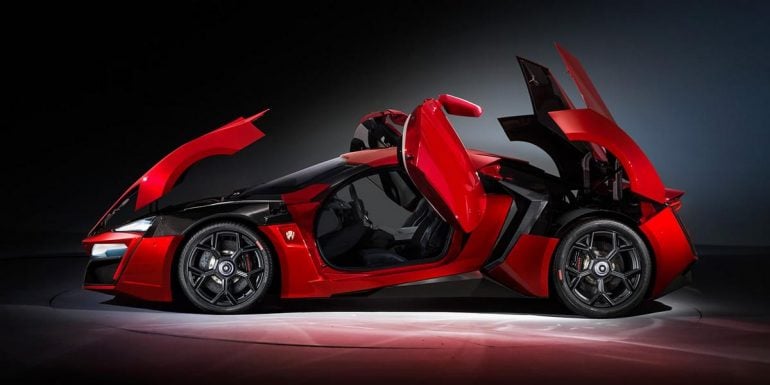 3. W Motors Lykan HyperSport (2013-17)
We’re not sure if the $3.4 million Lykan HyperSport falls into the category of a failure or a scam. Nevertheless, we decided to put it in the top three on this list. Lebanese company W Motors debuted the Lykan HyperSport at the 2013 Qatar Motor Show, describing it as the first hypercar to be designed and built in the Middle East. With a $3.4 million price tag, it was also the third most expensive road car of its time. The hypercar became a household name when it starred in the Fast & Furious movie. 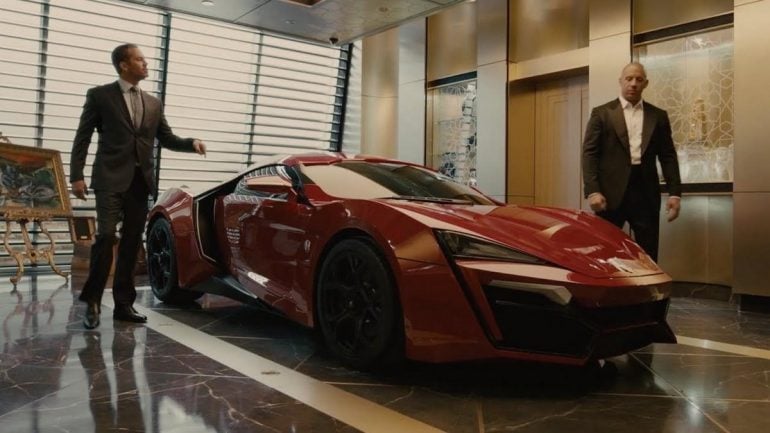 However, there’s no information on how many cars were sold to customers. Some rumors suggest the company never sold even a single Lykan HyperSport, and there is plenty of evidence to believe that. The test vehicle was so poorly designed that the six-cylinder engine heated very quickly. No one ever got a chance to drive the car long enough to spot other quirks. Donut Media did a video on this, suggesting how W Motors is nothing but a scam. 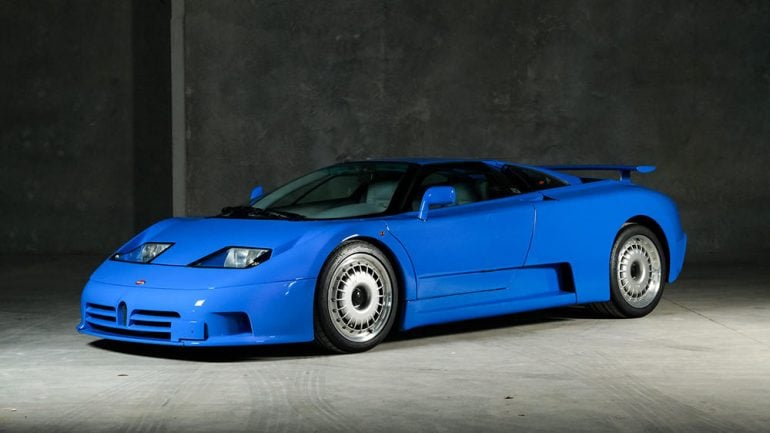 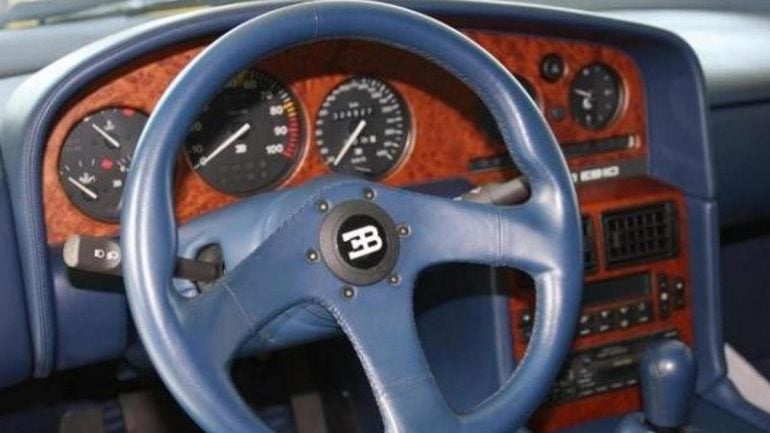 A new factory in Campogalliano, Italy, and the stage was set to revive the legendary French automaker. The V12 powering the supercar produced 552hp, which was enough to give the EB 110 a 0-60mph time of 3.2 seconds and a 218-mph top speed, which were mighty impressive in the 1990s. For the time, the supercar was a high-tech wonder However, financial issues forced Bugatti into bankruptcy, technically making the EB 110 a failure. 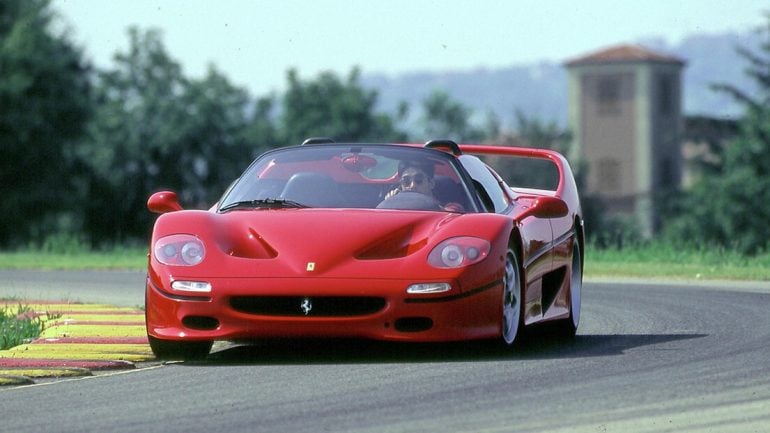 1. Ferrari F50
On the top spot of this list is a Ferrari everyone loves to hate, the Ferrari 50. The mid-engine halo sports car was a successor to the F40 and was created to celebrate Ferrari’s 50th anniversary. The F50 was way ahead of its time. It was powered by a Formula 1 derived V12 engine and featured a design that looks pretty good even by the modern standard. To make things better, it had no driver aids and came with a manual gearbox, making it perfect for purists. 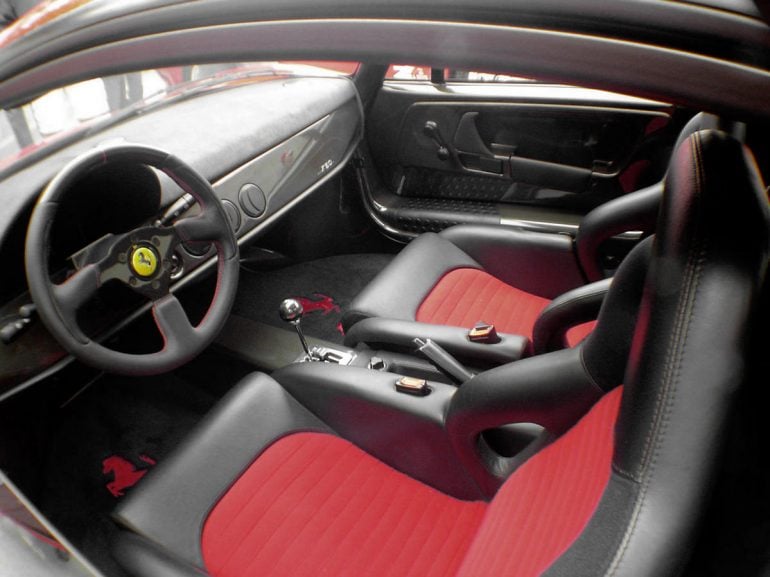 However, it failed to impress people and match the expectations set by the F40. In fact, the F50 was barely faster than the F40 and the V12 engine merely had one part in common with the F1 engine. Also, there were plenty of minor niggles which made things worse. The Ferrari F50 constantly lived under the shadow of the iconic F40, making it a failure for Ferrari.