Meet the 2016 Cadillac CT6, GM’s new top-of-the-shelf offering that’s all set to go head-to-head with the Audi A6, BMW 5-Series, Mercedes-Benz E-Class. Launched at the ongoing New York Auto Show, the Cadillac CT6 not only features the luxury for which Cadillac is known but also comes with a long list of new technologies. Cadillac’s flagship model will go into production later this year at the Detroit-Hamtramck Assembly plant and will go on sale with three engine options. Surprisingly, the line-up won’t feature a V8 and instead, the CT6’s top engine will be a 3-liter twin turbocharged V6 tuned to produce 400 horsepower and 400 pound-feet of torque. 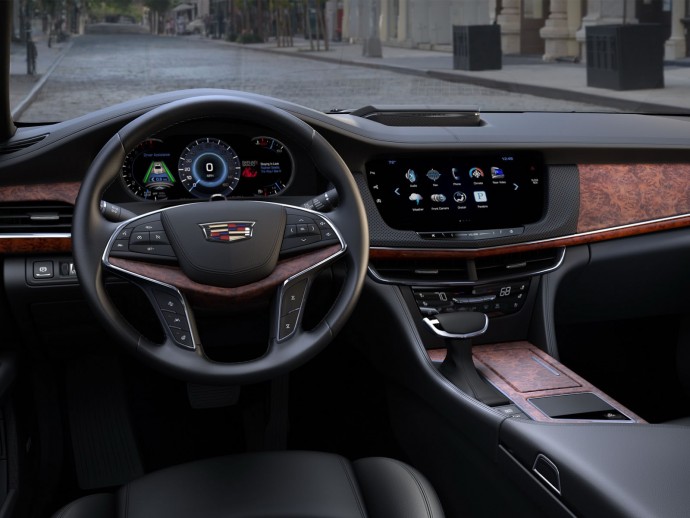 Next up is a 3.6-liter naturally aspirated V6 making 335 horsepower. The line-up also includes a small turbocharged 2-liter four-cylinder engine, good for 265 horsepower. All powertrains are paired to an eight-speed automatic transmission and six-cylinder models will get standard all-wheel drive that will be able to constantly vary the power sent to the front wheels. “It is one of the world’s lightest and most agile full-size luxury performance sedans, with dimensions and spaciousness on par with BMW’s short-wheelbase 7-Series, but the approximate weight, agility and efficiency of the smaller Cadillac CTS – which is lighter than a BMW 5-Series. The CT6 is lighter than the BMW 5-Series, 6-Series and Mercedes-Benz E-Class,” said Cadillac CEO Johan de Nysschen.

Using aluminum body panels and structural members, the CT6 weighs as much as the smaller CTS model, according to Cadillac. The lightweight body along with the fuel-efficient engines and should translate to good fuel economy. In addition to the low weight, there’s an available Active Chassis System throughout the range with rear-wheel steering and Magnetic Ride Control. There is no word on the price as of yet but it will go on sale early next year.