What pops into your mind when you think about Brabus? I’m sure you must be reminded of Hot-rodded Mercedes-Benz vehicles with too much horsepower and an overdose of carbon fiber, right? Well, that is what we’ve mostly seen from the German tuning company over the years, except for a few speed boats and a butch motorcycle. However, Brabus’s newest project is diametrically opposite of what you would usually expect from the brand. The German company has done a meticulous restoration of a Mercedes-Benz 300 SL “Gullwing”, rebuilding the iconic sports car to its exact original specification. But, there’s more to it! The 300 SL restored by Brabus is no ordinary collectors’ car (although, no 300 SL is really ordinary). The story behind the Mercedes-Benz 300 SL restored to its former glory is just as interesting as the painstaking restoration process. 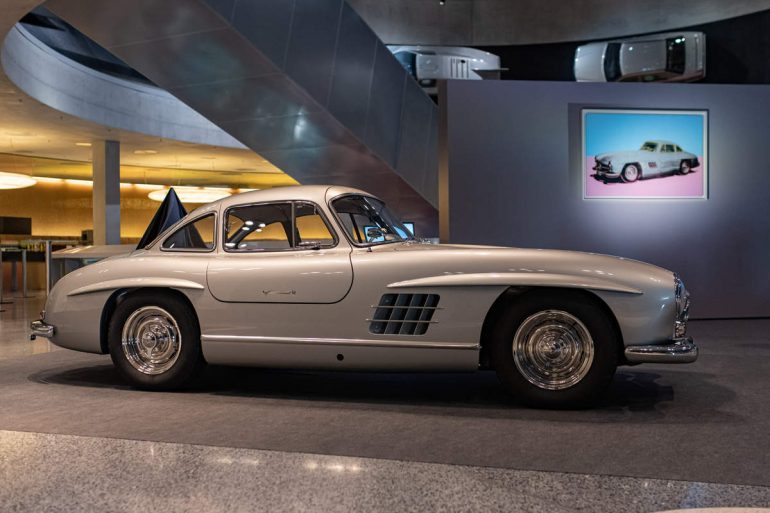 Back in 1986, Daimler-Benz commissioned legendary pop-art icon Andy Warhol for a very interesting project. The German automotive giant wanted Warhol to create a series of original artworks named “Cars” to tell the story of the automobile. The legendary American artist was given the task to produce a total of 80 pictures showcasing a selection of 20 vehicles. 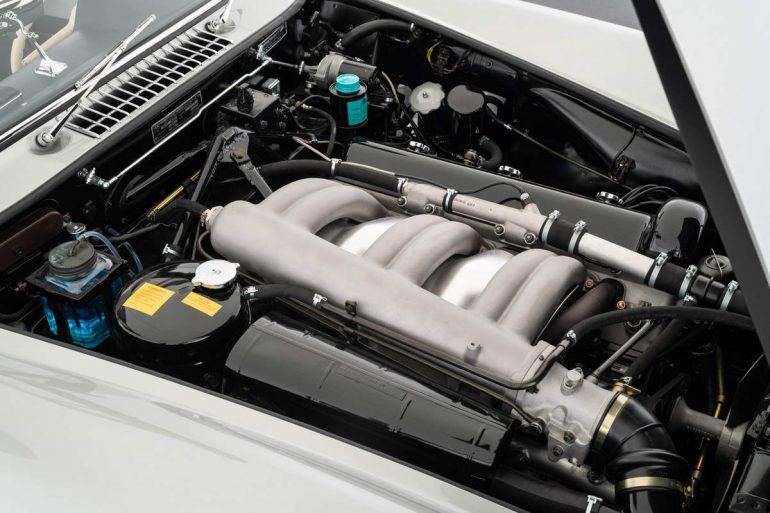 However, Warhol passed away in 1987, leaving the series incomplete. The pop-art icon could only complete a total of 36 paintings and 13 large-scale drawings, including that of a Mercedes-Benz 300 SL “Gullwing”. Fast forwards to 2020, Brabus bought a 300 SL only to realize that it carried the chassis number 198.040-5500629 and license plate “EI – DR 1,” the same one that was painted by Warhol as a part of the Cars picture series. 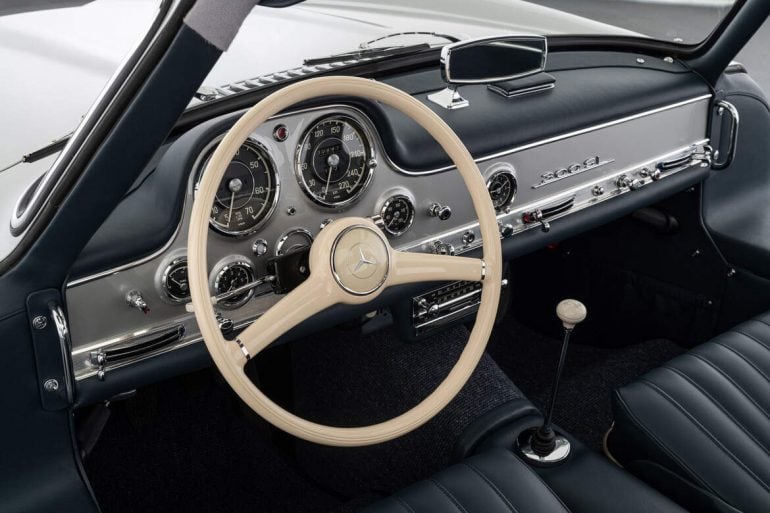 Mercedes had built around 1400 examples of the 300 SL coupe between 1954 and 1957. The one with the EI – DR 1 plate was built in 1955 and was privately owned for 39 years, before being purchased by Brabus. The restoration process on the vehicle was immediately started by the BRABUS 6-Star restoration team with the aim to bring “every last screw of this historic motorsports legend back to life.” Brabus has announced the restoration work has finally been completed by its team of experts and the piece of automotive and modern art history has been restored to the same condition as when it first rolled off the production line nearly 70 years ago. 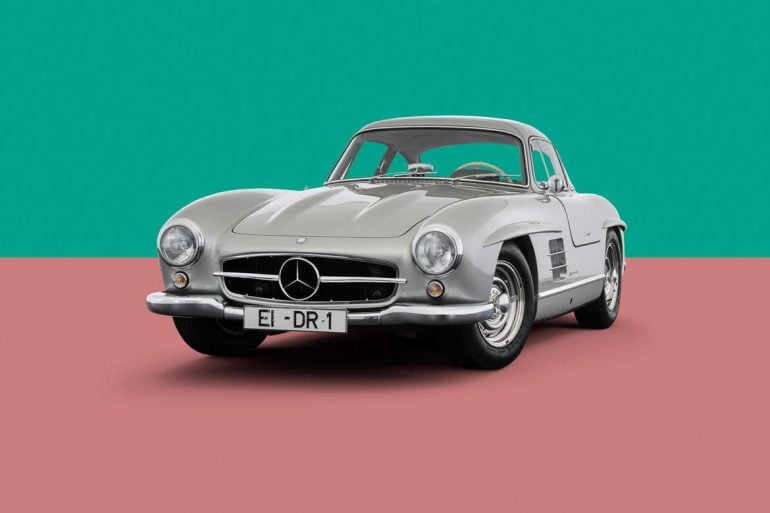 According to Brabus, the restoration work required 4500 hours of labor, spent focusing on authenticity and immaculate attention to detail. The work was done precisely to the same specification in which the sports car was once delivered as a new vehicle by Daimler-Benz. This includes the sports car’s 3.0-liter straight-six engine which was also restored to the original specification to the last nut and bolt. 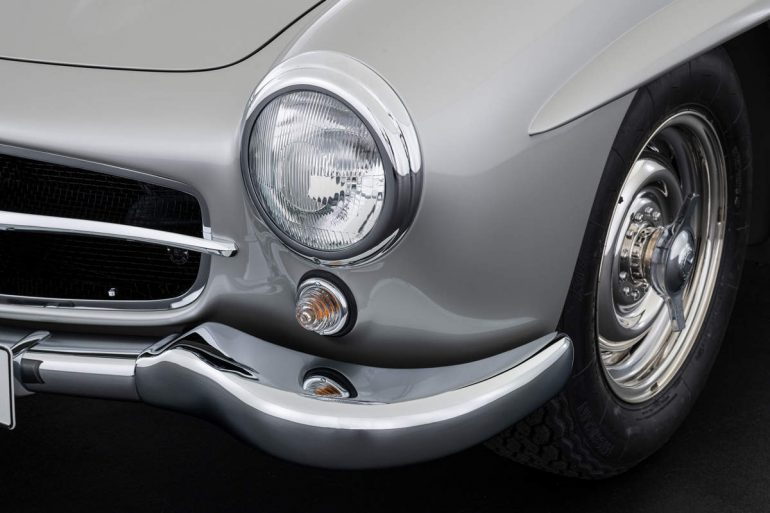 It produces 215 horsepower – the exact amount of power delivered back in 1955. The body of the sports car was stripped of the worn-out paint and rust and was repainted in a new coat of the 300 SL’s original color: “silver grey 180 metallic.” 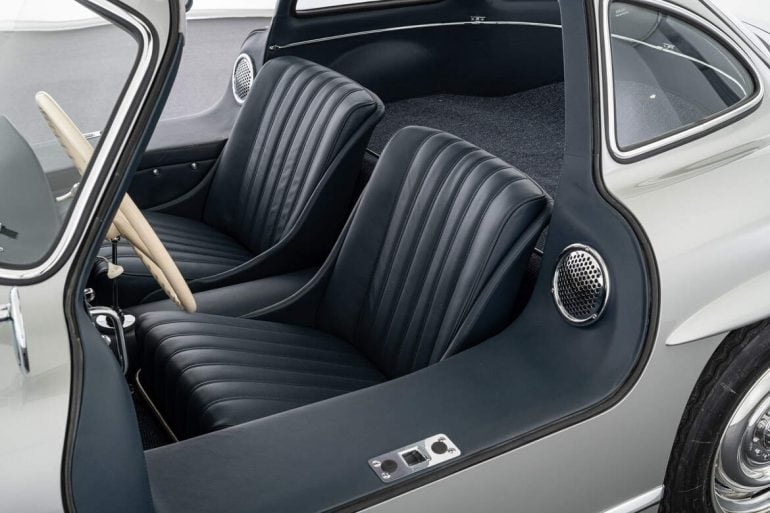 The cabin was also restored to the original specification by the interior design specialists of the BRABUS Saddlery. It was reupholstered with the same leather and fabric materials as the original, while all chrome accent elements in the cockpit of the icon were also brought back to life to look identical to the original 300 SL. The Andy Warhol Mercedes-Benz 300 SL Gullwing restored by Brabus is currently on display alongside the Car Series in the atrium of the Mercedes-Benz Museum from today through June 26.

Perched on the edge of Lake Tahoe, this dreamy 8-bedroom mansion has two glass trams…

Expert jeweler enters the Guinness book of records by setting a mind-blowing 24,679 diamonds in…

After opening in New York, The Hermes pop-up gym finds its way to Los Angeles