After debuting the production-ready version $3.5 million Valkyrie hypercar at the Goodwood Festival of Speed last month, Aston Martin unveiled the open-topped Valkyrie Spider at Pebble Beach in California. The Spider variant swaps out the fixed roof for endless headroom and unfiltered access to the stunning soundtrack of the hypercar’s screaming 6.5-liter naturally aspirated Cosworth V12. However, unlike most open-top roadsters, the Valkyrie Spider doesn’t come with a foldable roof. The track-focused hypercar is so tightly packed that there’s no room to fit in the mechanism for a foldable roof. Instead, the Spider has a detachable carbon-fiber roof panel with built-in polycarbonate windows that can be stowed away when not in use. 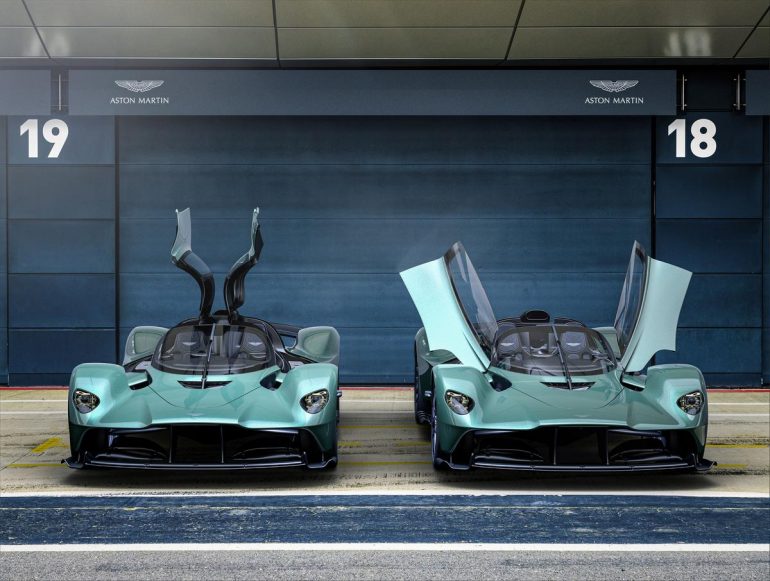 To chop off the roof, Aston Martin had to make several design changes to the hypercar that heavily depends on its aggressive aero elements. The most noticeable of them are the doors. The coupe version gets gullwing doors hinged at the roof, and since the Spider doesn’t have a roof, the gullwing doors had to go as well. Instead, the open-top model comes with front-hinged butterfly doors which seem to have fixed windows that can’t be rolled down. 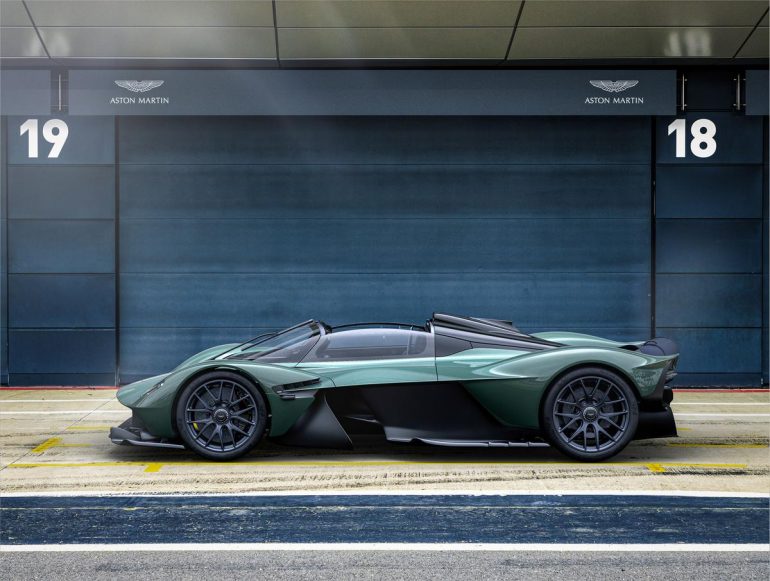 Interestingly, Aston Martin found a way to maintain Valkyrie’s aerodynamic performance, despite losing its roof. Most of the hypercar’s downforce is created by the massive diffuser and Venturi tunnels. Aston says the Valkyrie produces 3080 pounds of downforce at 150 mph in the track mode. Taking off the roof panels expectedly affects the aerodynamics of the car. According to Aston Martin, the Spider has a top speed of more than 217 mph with its roof in place and 205 mph with it removed. 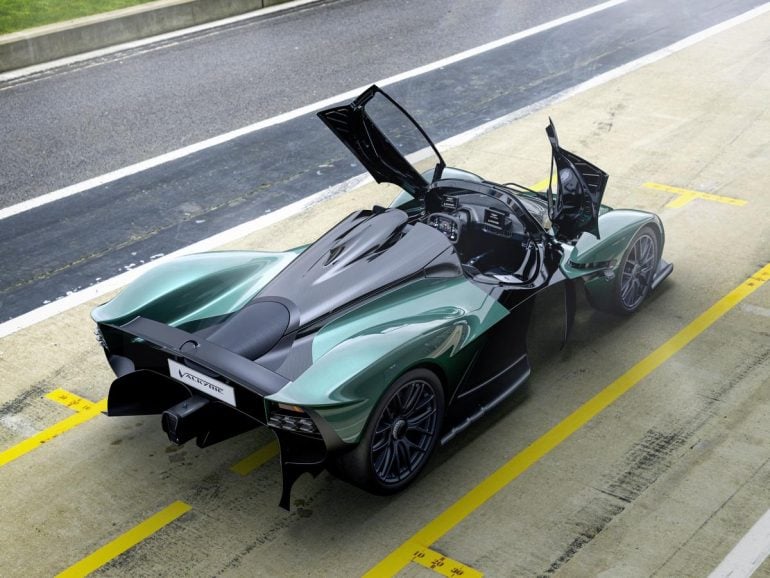 Mechanically, the Spider is identical to the coupe version. At the heart of the hypercar is the high-strung 6.5-liter naturally aspirated Cosworth V12 that can rev to 11,500 rpm and produce 987 horsepower by itself. It is assisted by an F1-style hybrid system that takes the total output to 1139 horsepower. Aston Martin has announced that only 85 examples of the Valkyrie Spider will be made and all of them have already been sold. At $5M a piece, it costs much more expensive than the $3.5M coupe version. Aston Martin says deliveries are expected to begin during the latter half of 2022. 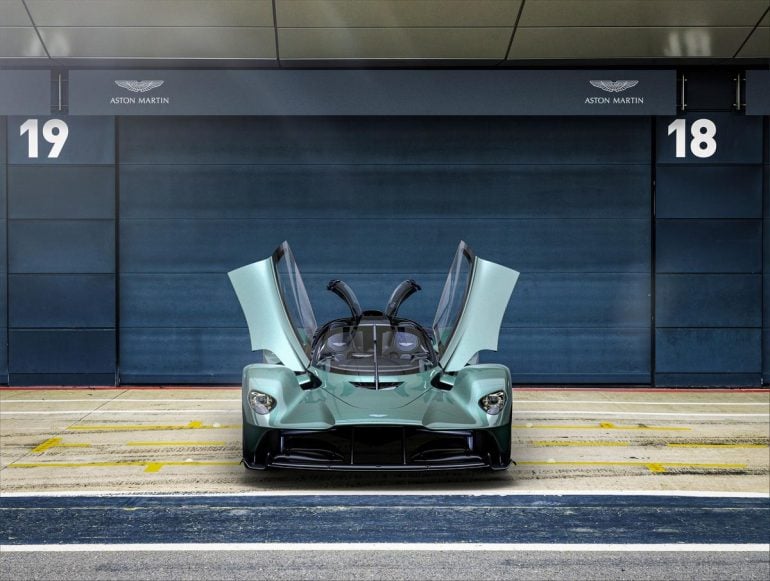