The angel eyes of the BMWs have always been one of the coolest features on their cars which has always given them a distinct character and set them apart from the rest. But the newest offering from the German automaker, which is considered as one of the most futuristic cars to go into production, will arrive with something that will make it the most unique car on the roads. Adding another feather to its cap, BMW has announced that the i8 will be the world’s first production model to be offered with laser headlights starting this autumn. Now, how cool is that! The 2015 BMW i8 sports car has just entered into production and will go on sale in the second half of this year with the prices starting from $135,925, including the shipping cost, and the laser headlamps will be available as an optional extra. 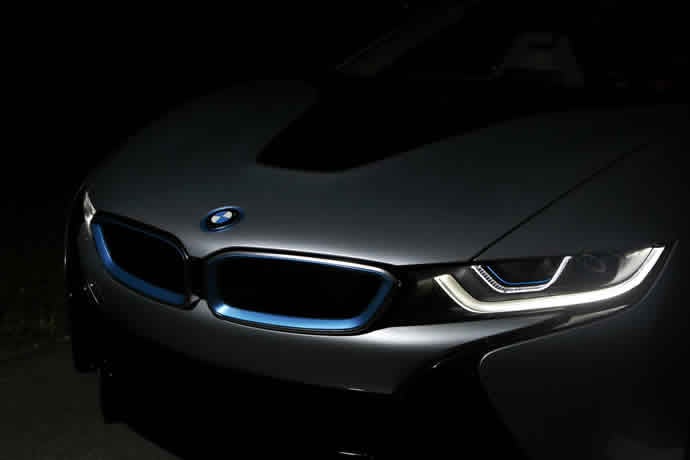 It was back in 2011 when BMW first made their intensions public that they were planning to put laser headlamps on their i8 plug-in hybrid sports car which was in its concept stage at that time. As per BMW, the laser headlamps offer a high beam range of up to 600 meters (1,968 feet), doubling the high beam range of the LED headlights offered as standard on the i8. The laser headlamps are also about 30 percent more energy efficient than the standard headlights while illuminating the road up ahead a lot better than latter. Though the headlights are much brighter, similar to day light, but they are a lot more pleasant to the eyes and don’t blind the oncoming traffic. But, BMW is not the only automaker mulling over the use of the technology, even Audi has intentions to put laser headlamps on their cars soon and even showed off a hybrid Quattro concept with laser headlights at 2014 CES. 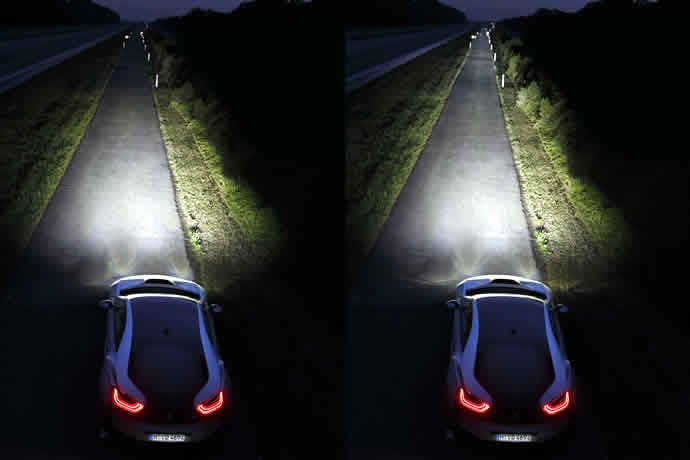 Starting from the smart key fob, to the laser headlights, everything about the BMW i8 is jaw dropping. The hybrid is powered by a 1.5L turbocharged engine and an electric motor which together make a total of 362hp, good enough to give it a 0-60 timing of under 4.4 seconds while keeping the carbon emissions and fuel consumption similar to a family hatchback. It is safe to say that the BMW i8 has successfully given the hybrid cars a through image makeover. It’s no more un-cool to own a hybrid if you have keys to one of these. 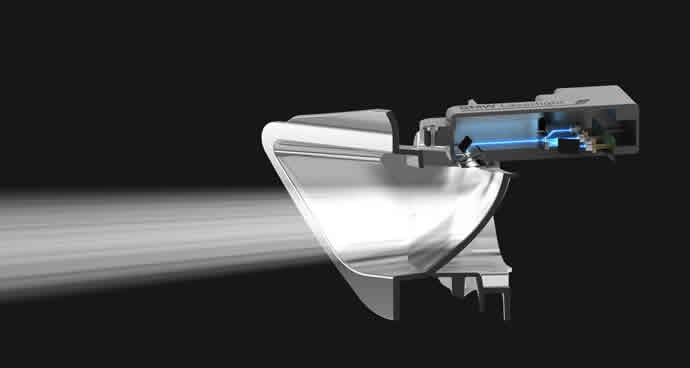