Capable of withstanding AK-47 gunfire and rocket propelled grenades, the all-new 2015 BMW X5 Security Plus armored SUV is meant for those who need live in some of the most dangerous conditions but don’t want to compromise too much on luxury. That in fact seems like a good enough reason why the Bavarian automaker chose the upcoming Moscow motor show to debut the vehicle. The BMW X5 Security Plus is based on the 443bhp twin-turbo V8-powered xDrive50i and though the massive 4.4-litre engine and all-wheel drive set-up will help escaping tricky situations, but the German marquee has also used all its know-how to improve safety with a host of bespoke features and add-ons. 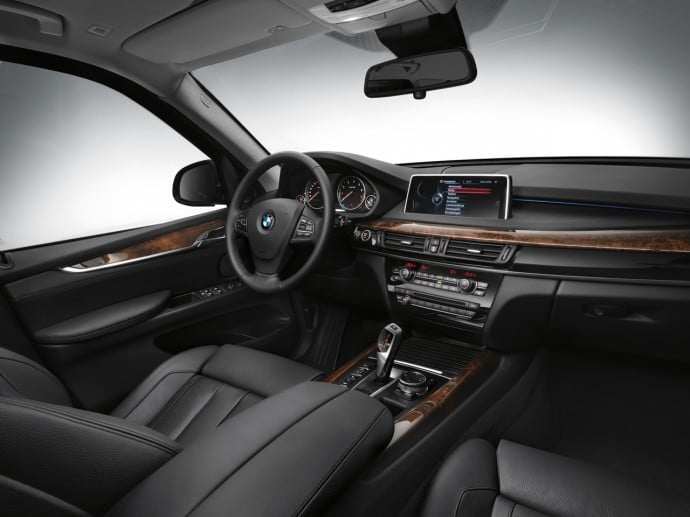 The armored BMW X5 has been put through intensive testing, as seen in the picture above. Different calibers of rounds were fired at it to show how safe it really is. The BMW X5 Security Plus has a protection class of VR6 which is the same as the recently revealed Mercedes-Benz S-Class Guard. This means that the SUV can resist up to 7.62 x 51 mm rounds from a distance of 10 meters. The BMW X5 Security Plus gets an armored passenger cell made from steel structure and panels and also has upgraded chassis, brakes and electronic management systems to cope with extra weight and profile of the car. The armored car is strong enough to withstand sustained fire from an AK-47 thanks to the strengthened windows complete with a polycarbonate coating. The pricing is yet to be announced by BMW.