In the summer of 2019 Bugatti had revealed a Chiron-based limited-production model called the Centodieci at the Pebble Beach Concours d’Elegance. After unexpected delays due to the pandemic, the Molsheim brand had built a prototype of the $8.8 million hypercar last year that was created to undergo rigorous tests. Bugatti has now announced that the Centodieci is finally ready to enter production after the prototype successfully completed the testing phase that helped Bugatti engineers finetune the hypercar to perfection. According to the official information released by the French hypercar manufacturer, the Centodieci has completed over 50,000 km (31,000+ miles) of testing in every possible driving condition, including high-speed runs, twisty roads, racetracks, highways, and even inner-city traffic. 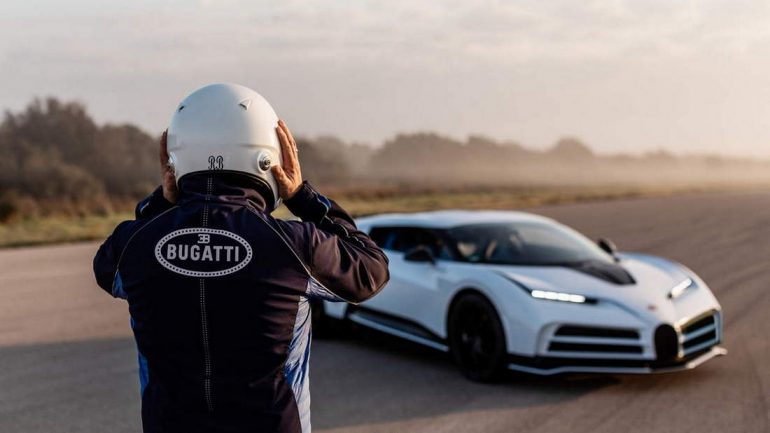 For its final round of testing, the white-colored prototype was taken to the Nardo circuit for a grueling endurance run. The 3.9-mile-long handling course on the inner section of the Nardo circuit was the perfect location for the hypercar to hit its maximum speed of 236mph. The Centodieci ended up clocking up to 745 miles each day, interrupted only by the technical checks, revisions, and driver changes. “The Centodieci is deliberately driven to its limits in order to guarantee reliable handling at the highest level, even in extreme situations,” said Carl Heilenkotter, the brand’s project manager for one-off and few-off projects. “Even though most cars never enter this range, it is nonetheless tested. This is the philosophy of the brand, and that is why we put such a huge amount of effort into all this testing.” 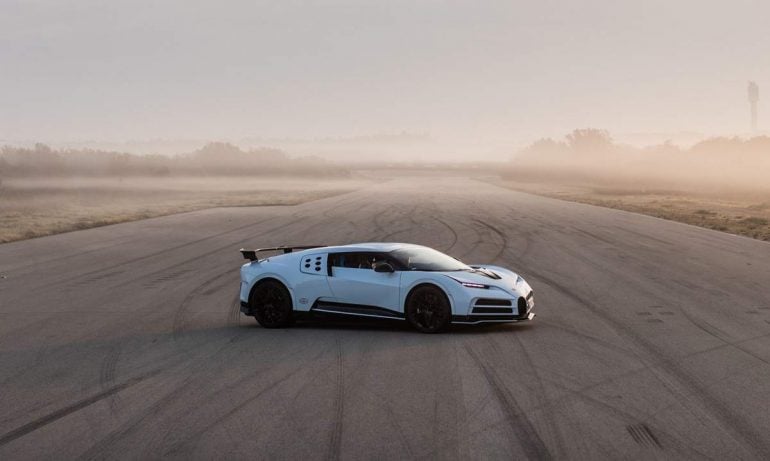 The Bugatti Centodieci was created as an homage to the ultra-cool EB110 supercar from the 1990s. Although it shares the underpinnings with the standard Chiron, the Centodieci sports a distinct body that’s inspired by the styling of the EB110. It’s also powered by the same quad-turbo 8.0-liter W16 engine that churns out 1577hp. While the top speed is limited to 236mph, it can still do the 0-62mph sprint in just 2.4 seconds. The French manufacturer will build only 10 examples and soccer superstar Cristiano Ronaldo is one of the lucky buyers who will be delivered his ultra-rare automobile this year. 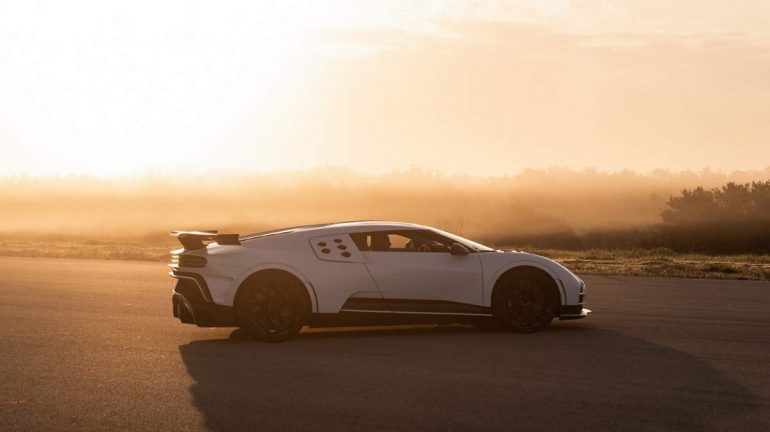 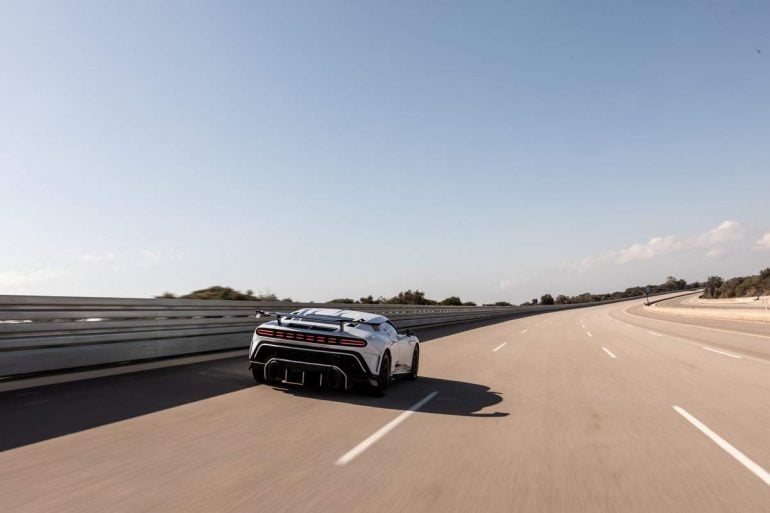 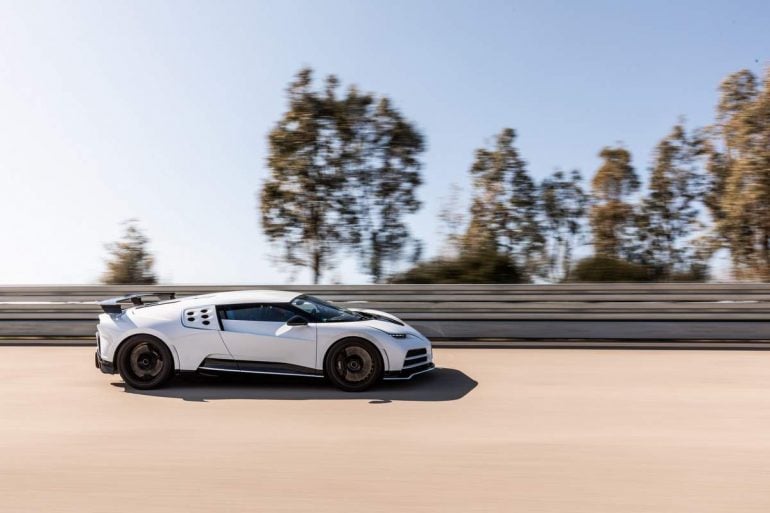 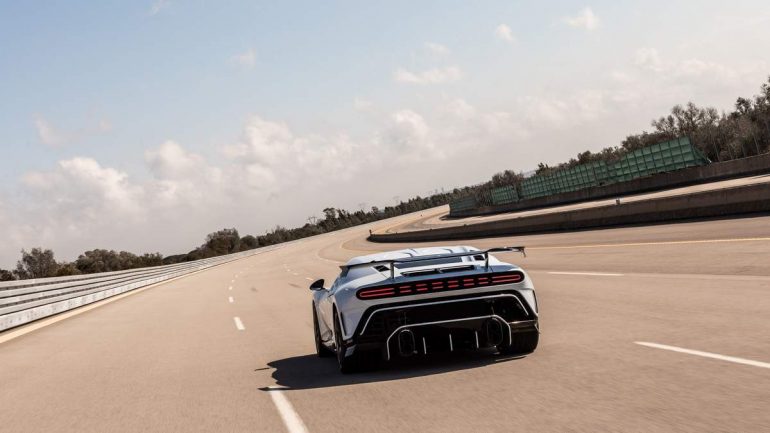 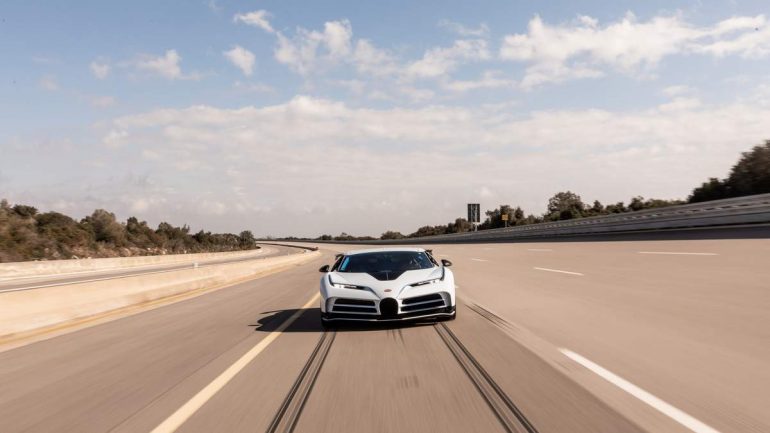 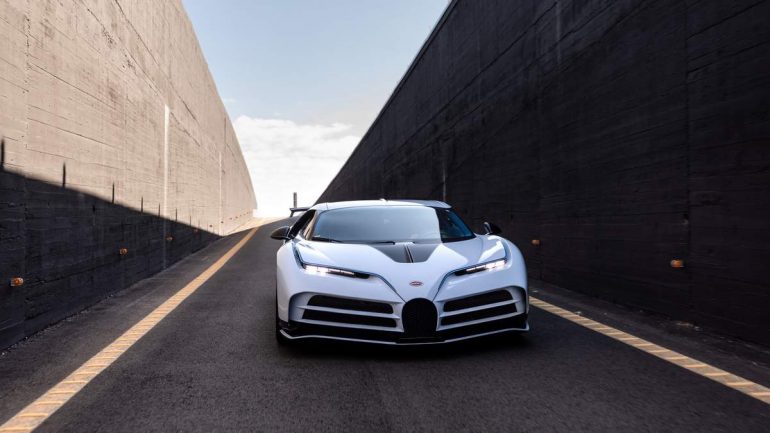