When it comes to ultra-expensive and exclusive automobiles like the Bugatti Chiron, how does an automobile expert even go about reviewing the exotic machine? And does a review of a limited edition hypercar even make sense? After all, most of the time these highly desirable machines are sold even before they are officially launched. However, some lucky journos get a chance to get behind the wheel of these million-dollar-plus hypercars to review them just for the heck of it. 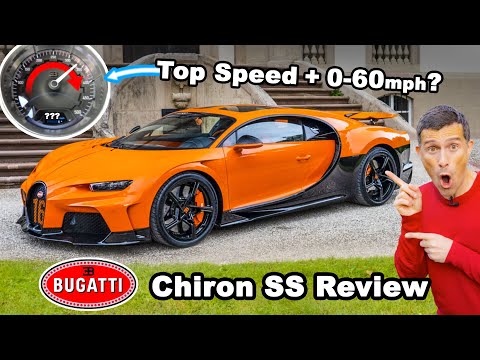 Mat Watson from CarWow was recently invited to Bugatti’s factory in Molsheim to have a go at the Chiron Super Sport. Interestingly, the review video also includes a section where Mat points out five flaws of the hypercar, which was basically nothing but nitpicking minor things. However, one of those flaws is very surprising and not something you would expect from a car that costs several million dollars.


The glaring shortcoming we’re talking about is the reverse camera. The Bugatti Chiron is wider than the London bus and the rear visibility is terrible, to say the least – which is common with most hypercars. The least you’ll expect from a hypercar with a price tag close to $4 million is a good surround parking camera with a 360-degree view. However, the reverse camera in the Chiron Super Sport is so bad that it’s almost useless. The feed from the rear camera is displayed on a tiny screen on the dash with very poor resolution. Even cars that cost a fraction of that have that sorted. There’s absolutely no excuse for missing out on something this basic and cheap. Now we know why the owner of a Bugatti Divo carelessly reversed into a parked Mercedes in Paris recently.

Tags from the story
Bugatti-Chiron, Supercar