A few months back, we shared the story of a bitcoin entrepreneur by the name of Simon Byrne, who had converted his BMW i8 hybrid sports car into a crypto mining rig. It looks like even automakers found the idea interesting enough to be explored. Canadian light electric vehicle (LEV) specialist Daymak has announced that it will build the world’s first production car that can mine cryptocurrency. You might remember Daymak as the company that launched a crowdfunding campaign for its three-wheeled EV named Spiritius that can out-accelerate a Tesla Roadster. The Canadian manufacturer said that the upcoming Spiritus model would be equipped with a patent-pending Daymak Nebula infrastructure consisting of Nebula Miner and Nebula Wallet. Every Spiritus vehicle will be a node on the blockchain, and it will be able to mine cryptocurrencies such as Dogecoin, Bitcoin, Ethereum, and Cardano.

“The Spiritus car is for those who want more in life, and we are committed to putting our customers ahead of the curve,” said Daymak president Aldo Baiocchi in a statement.”We envision a future where your highway tolls, your parking, and your drive-thru order will be paid directly on the fly with crypto. Your online bills and your banking can be handled through the same software platform paid in crypto. And whereas most vehicles are depreciating while they sit in your garage, the Nebula Miner will make you money while your Spiritus is parked. The potential applications are limitless.” The company also announced that it has started accepting pre-order payments in cryptocurrencies. Daymak began accepting a $100 deposit a few months back to allow people to lock in their pre-orders. The Canadian company says it has already raked in $340 million in deposits for the Spiritus three-wheeler set to launch in 2023. 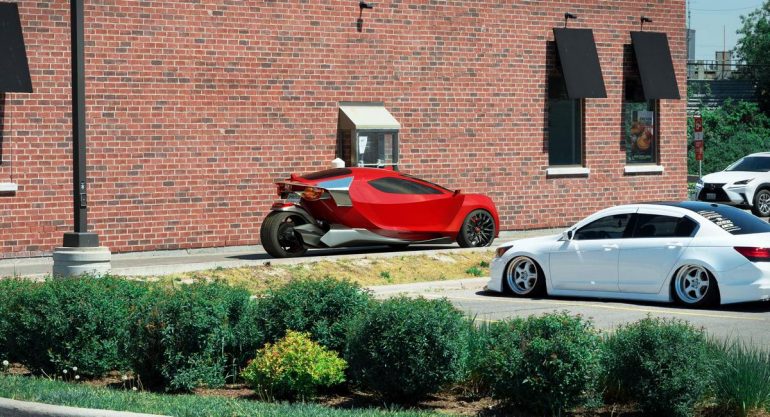