Fast and Furious is an unusual name for a luxurious superyacht, but the kind of performance it packs justifies its adrenaline-pumping moniker. Delivered in 2015, the Fast and Furious is the flagship model of AB Yachts and has now joined YPI (Yachting Partners International) charter fleet, ready to cruise in the Mediterranean this summer. Measuring 44.5 meters, the vessel built in Italy is the largest in the AB Yachts’ sporty range. The superyacht also has the distinction of being two times finalist at the World Superyacht Awards and ShowBoat Design Awards in 2016. 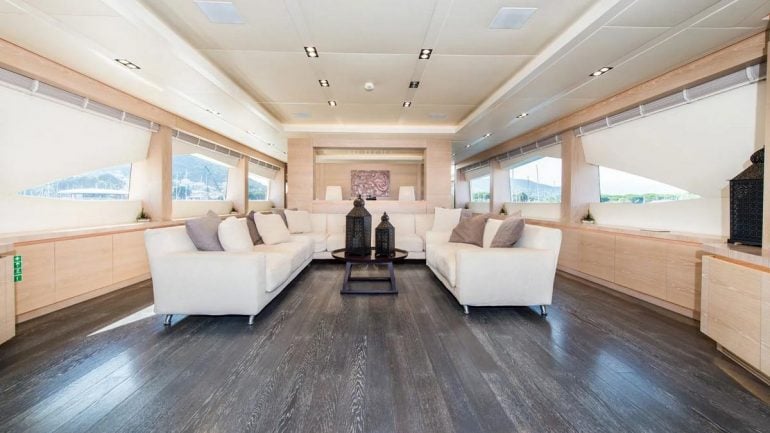 The makers of the yacht decided to name the vessel Fast and Furious thanks to its sporty performance figures, which ensures a thrilling experience at sea. The superyacht has a cruising speed of 32 knots, which is well above average for a yacht of her size. It has a top speed of 42 knots, which makes it the fastest charter yacht measuring over 40 meters on the market. To achieve competition-beating performance, the yacht is powered by three MTU engines producing 2,600 horsepower each. 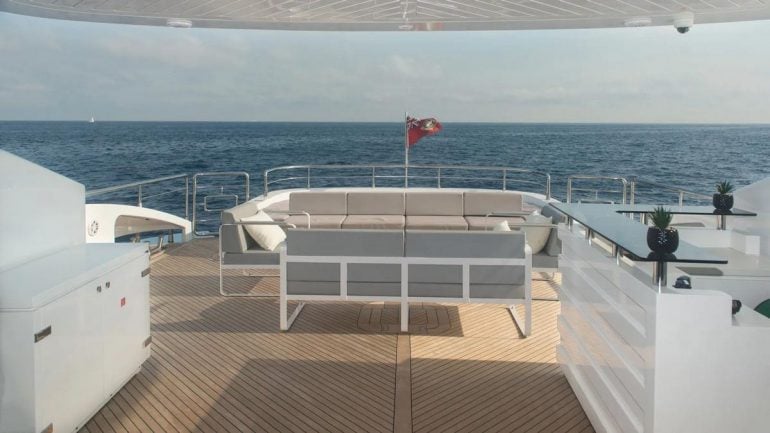 In addition to its impressive cruising speed, the Fast and Furious superyacht has a shallow draft of just 1.3 meters. What that means is the superyacht can easily sail to secluded beaches and reefs, anchor close to the shore, and reach spots that are difficult to reach in larger vessels. In terms of design, Fast and Furious looks thoroughly modern, thanks to its sleek and stylish styling, highlighted by its characteristic portholes and smooth lines. 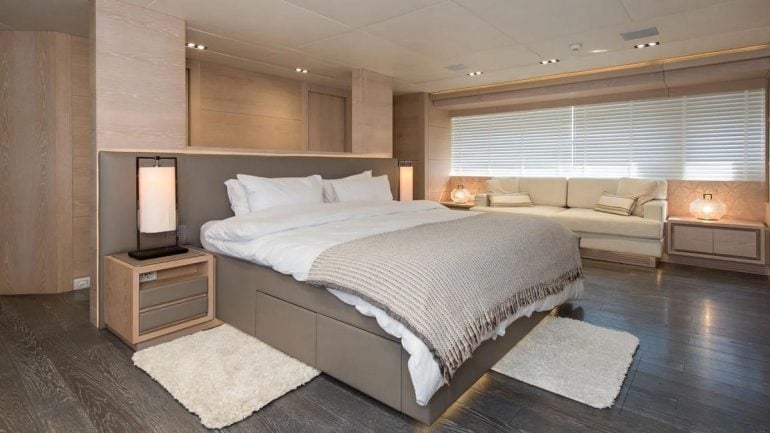 The superyacht can accommodate up to 10 guests in its five cabins, which includes a master suite located on the main deck and three double cabins, and one twin cabin on the lower deck. In addition to it, the vessel can also support a crew of seven members. Another highlighting feature of Fast and Furious is its flexible interior layout. The interior is decked out in patterned woods and plush soft furnishings. The spacious flybridge offers ample space for al fresco dining and sunbathing. Completing the package is its massive toy collection that features Seabobs, Jet Skis, and a 12-meter Seawater Smeralda chase boat, offering a thrilling experience. The Fast and Furious is available for charter with YPI at a starting price of €189,000 (roughly $214,000). 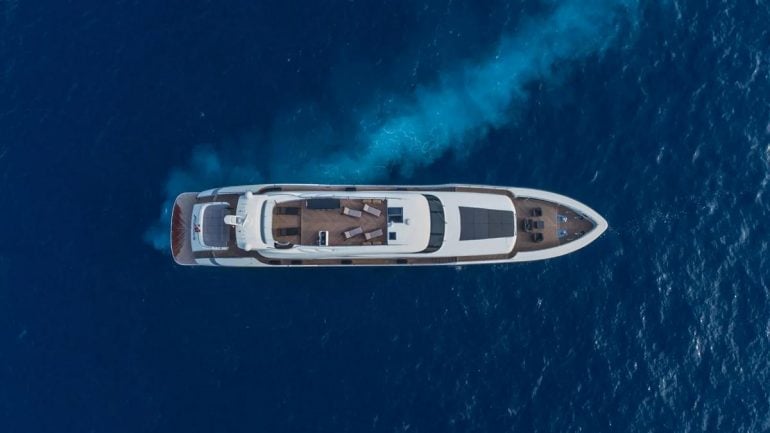 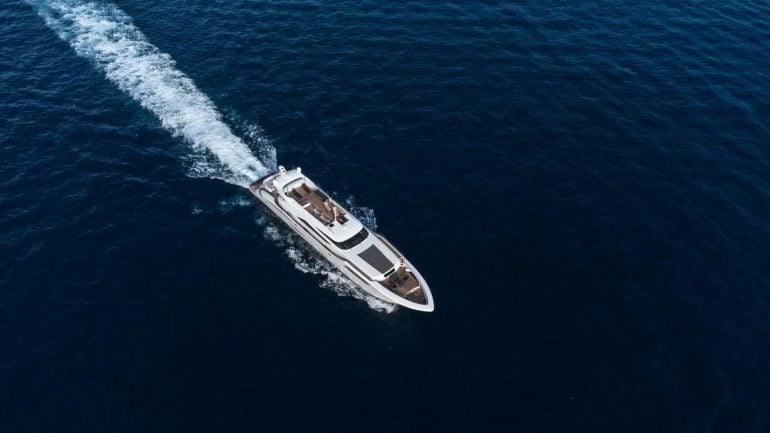 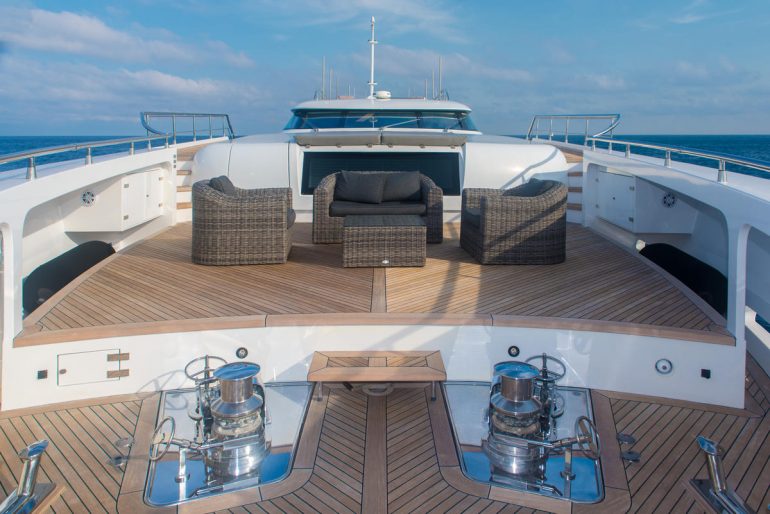 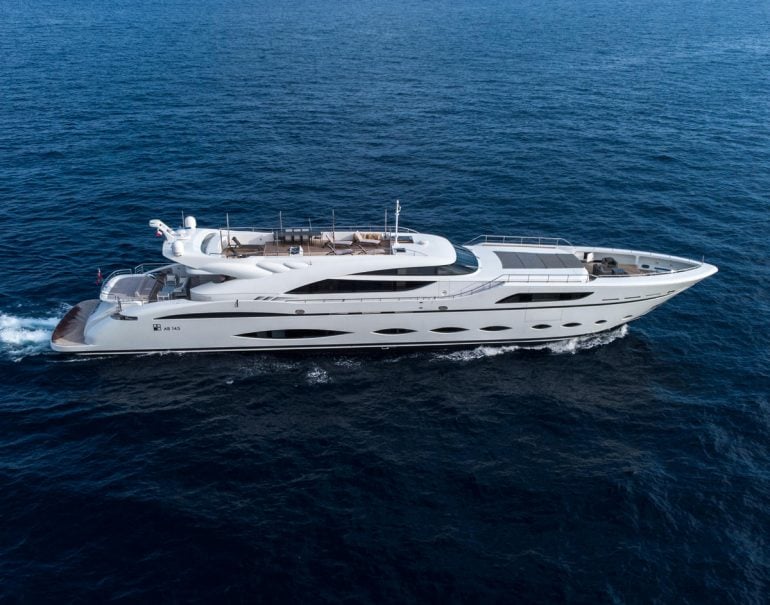