I remember reading a report several years ago that stated an average Bugatti owner has a total of 84 cars, three private jets, and a yacht. Well, that’s how rich you have to be to have a Bugatti hypercar in your collection. Imagine how insanely wealthy one has to be to take delivery of 8 Bugattis on a single visit to the brand’s headquarters in Molsheim, France. Describing it as an experience “unlike any other,” the hypercar manufacturer announced that “one of the most passionate Bugatti owners paid a visit to Molsheim and left with not one but eight new Bugatti models.” 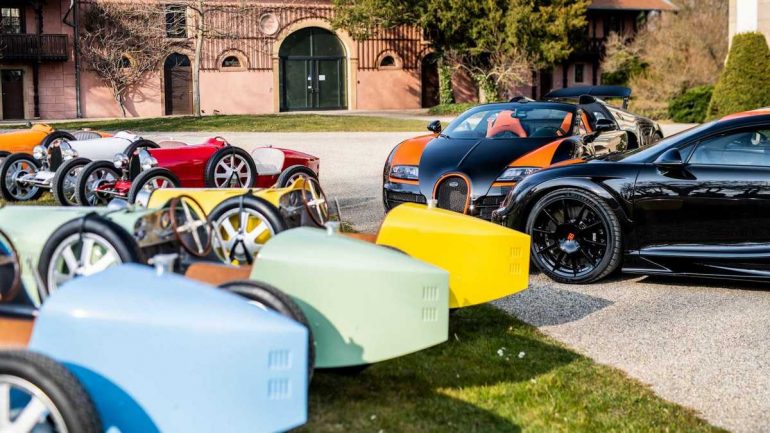 While Bugatti refused to reveal the identity of the buyer, the automaker said the deep-pocketed enthusiast was accompanied by all six of his children who were handed over the keys to their new rides. That’s right, six of the Bugattis delivered at the special event were all Baby IIs, finished in Orange, White, Green, Yellow, Red, and Blue. In case you forgot, the Baby II is a tribute to the original Bugatti Baby from the mid-1920s created in partnership with The Little Car Company. The toy car features an electric powertrain and is available with either a short- or long-range battery that provides up to 31 miles of range. 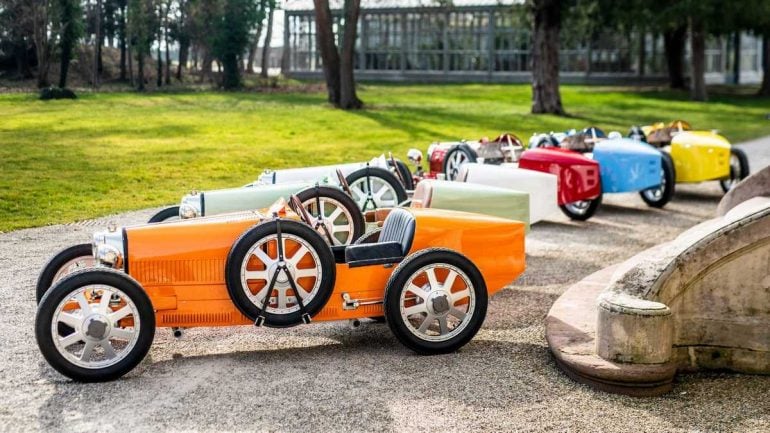 In addition to the six Baby II cars for his kids, the car collector picked up two Bugatti hypercars for himself – a Chiron Super Sport 300+ and a one-of-eight Veyron Grand Sport Vitesse World Record Edition. Just to jog your memory, the Chiron Super Sport 300+ is inspired by the Bugatti that broke the 300-mile-per-hour barrier and is limited to only 30 examples. The Veyron Grand Sport Vitesse World Record Edition is the one that became the world’s fastest car in 2013 by hitting 254.05 mph. Both hypercars are finished in a black and orange color scheme. Just have a look at the pictures; it’s a sight to behold. 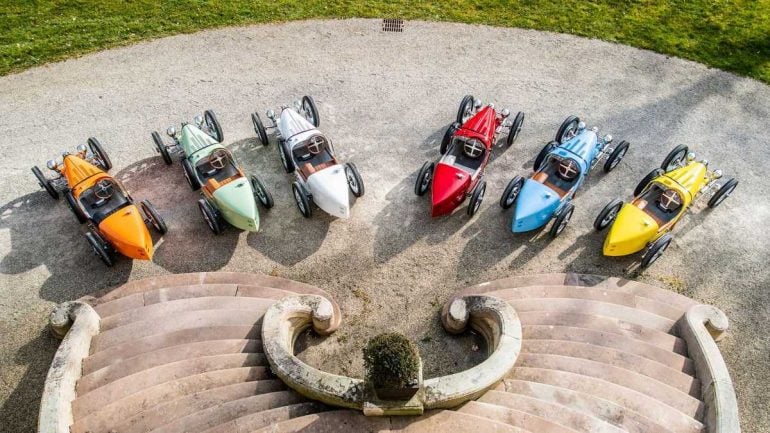 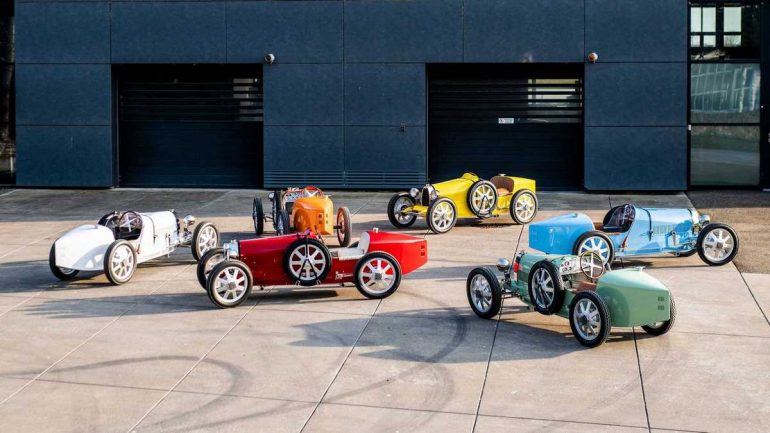 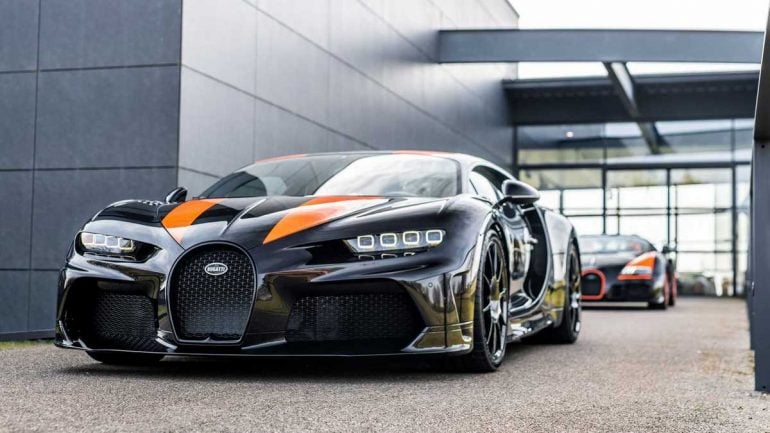 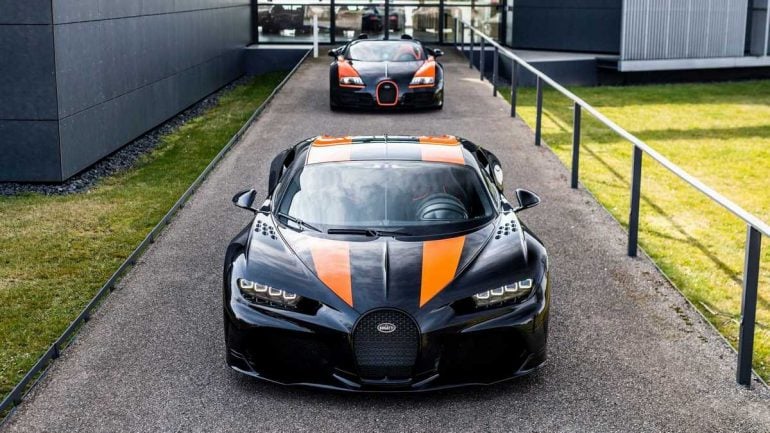 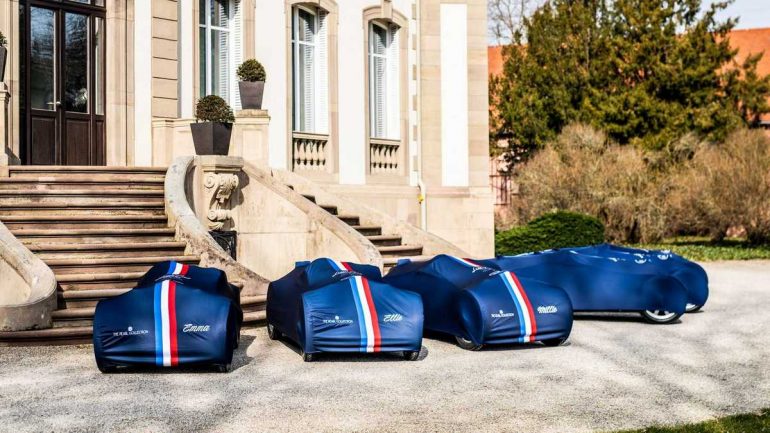