Bugatti introduced not one but two interesting creations at the 2019 Geneva Motor Show earlier this year in March. The first of the two was the one-off Bugatti La Voiture Noire that was touted as the world’s most expensive new car with a price tag of $12.5 million (before taxes). However, the other one could possibly the cheapest car to wear the Bugatti logo – a recreation of the Bugatti Baby that was originally built from 1927 to 1936 as a toy car for kids. Bugatti has now finally revealed the first functioning prototype of the Baby II at its 110th-anniversary celebration in Molsheim, France, along with giving test drives to special VIPs at the event. The original Bugatti Baby was modeled after the legendary 1924 Type 35 Lyon Grand Prix car and was created as a half-scale. However, the modern Bugatti Baby II being developed in collaboration with The Little Car Company will be built as a three-quarter-size model that can fit both kids and adults. 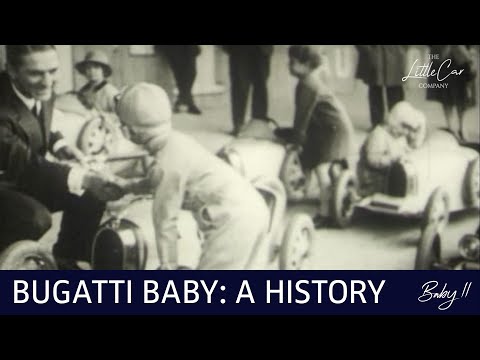 Instead of an internal combustion engine powering it like the original, the Baby II will have an electric powertrain powered by removable batteries in 1.4 or 2.8kWh capacities, which is expected to have a range close to 20 miles. The toy car can be set to 1-kW Child Mode that can reach about 12 mph or on 4-kW Adult Mode, which can reach up to 28 mph. Interestingly, the eight-spoke wheels will get Michelin tires and rear-wheel drive system will feature limited-slip differential. Bugatti has also revealed the Baby II will be available in three different versions: a base model featuring a composite body, Baby II Vitesse with a carbon fiber body, and the Baby II Pur Sang which will have a hand-built aluminum body. The last two versions will get a ‘Speed Key’ that will disable the speed limiter and unlock 10 kW of power. Only 500 examples will be made and will be available at a starting price of $34,000.