If you follow our website closely then you might have noticed that we don’t cover concept designs of automobiles too often, and over the years there have been only few instances when we have deviated from it. But is another day when we are going to make an exception to the rule and cover a concept car because it’s bloody good! Just look at the photos and you’ll know it is top quality pin-up poster material. It’s called the Ferrari F80 Concept and created by Art Center graduate Adriano Raeli. It looks like a beefier version of LaFerrari only with each and every element of the exterior design made to be an absolute treat to the eyes. 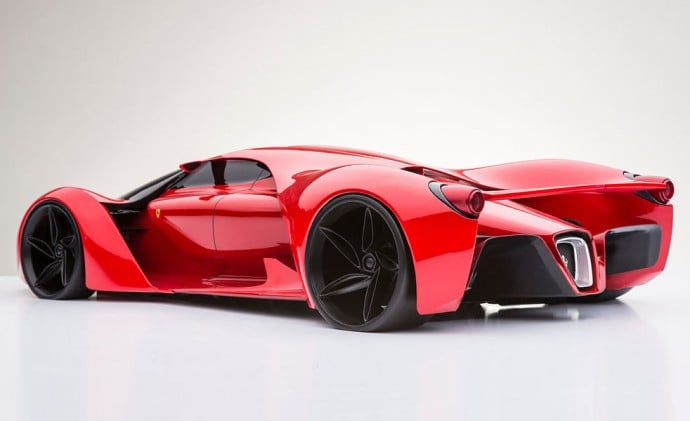 Adriano Raeli is from Italy and recently graduated from Art Center College of Design with a degree in Transportation Design. He loves design among many other things and cars have been a major passion of him since he was a little kid. According to the description he gives on his concept, the F80 Concept aims to bring the most authentic F1 experience and performance to the road without compromising the brand’s class and elegance of form. The vehicle is designed with Formula 1 architecture in mind with a blend of Ferrari’s LeMans heritage. Aerodynamics play an important role as the overall frontal area is decreased by the air channels that have been carved between the main body and the wheel arches. F1 A-arm suspension configuration is clearly visible through these openings. Other details such as the centralized exhaust are meant to decrease drag. The staggered seating positions of both driver and passenger are also closely related to that of F1 seating laying positions. 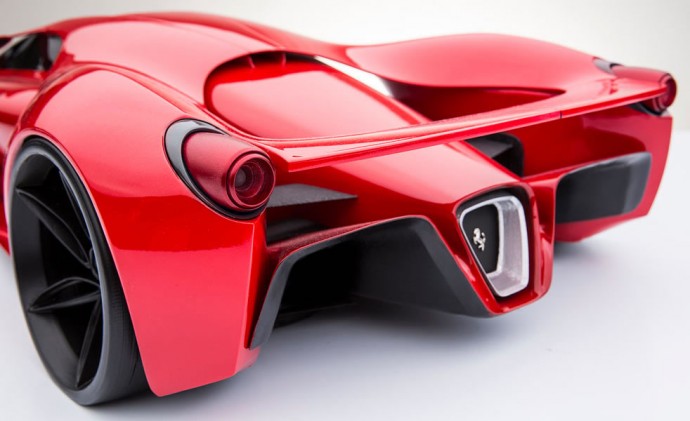 The design can be described as five main components that are connected by a lower panel/splitter and a top solidified composite organic veil, while the main design theme and surfacing were inspired by the Boeing NGAD Concept Fighter Jet. If not on road, we’ll definitely want to see the F80 concept in one of the best video games.