The definition of Oasis is redefined on WallyIsland. A patch of greenery in midst of a vast blue ocean! 325ft-long yacht WallyIsland is considered to be in a class of its own and is dubbed as “Giga yacht”. Estimated at about £100million ($200 million), one can dare to dream of owning a piece of land right on it. It will feature a growing area with shrubbery and flower beds that will be fed by an irrigation system. It will also have a tennis court, pool, and five accommodation decks including a main saloon, dining room, library, cinema, spa, and fitness area. The fuel tanks are so large you can cruise on non-stop for five years without refueling. 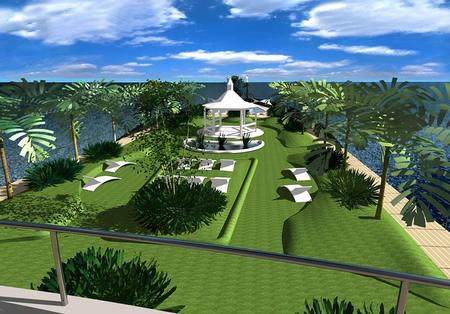 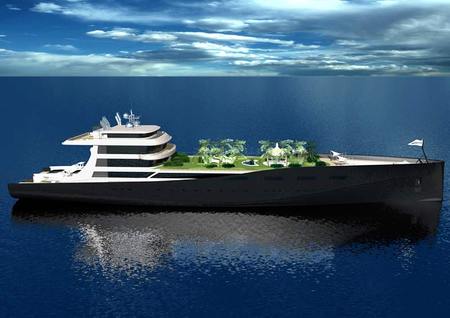 WallyIsland includes sleeping quarters for up to 40 crew and 24 guests as well as the owner’s suites. It holds 750,000 litres of fuel, enabling it to stay out of port for 15,000 nautical miles. The aft deck holds two 45ft motor yachts, as well as space for two 27ft sailing yachts, two cars and water-toys including six jetskis.
Source