Steve Jobs the elusive Venus, continues to fascinate us. From its first unveiling and its rough days to its international sightings and its homecoming, we’ve closely tracked the 260 foot yacht through all its escapades. The latest of photos of the yacht – which was named Venus after the Roman goddess of love- bring a glimpse into the much talked about interiors designed by Philippe Starck. 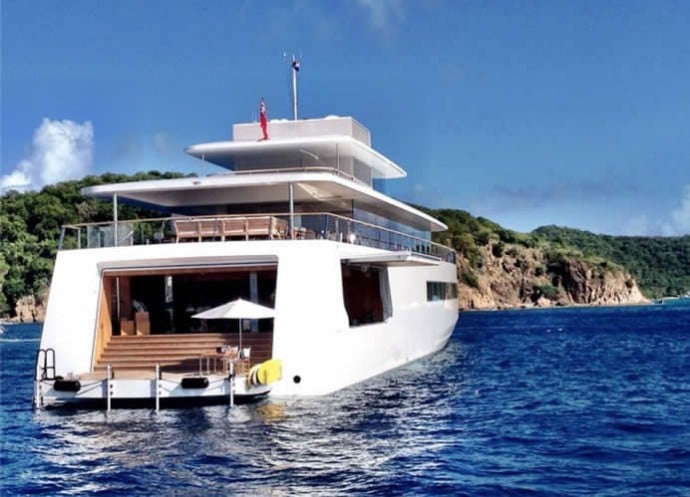 From the new photo angle, stairs are visible leading up to what we assume is one of the 14 luxury cabins that the yacht boasts. An external seating area complete with a beach umbrella is also seen in the image. On the design front, the Venus has generated somewhat polarized opinions. Some would appreciate the sleek minimalism of the yacht while others think the Apple aesthetic is overdone. 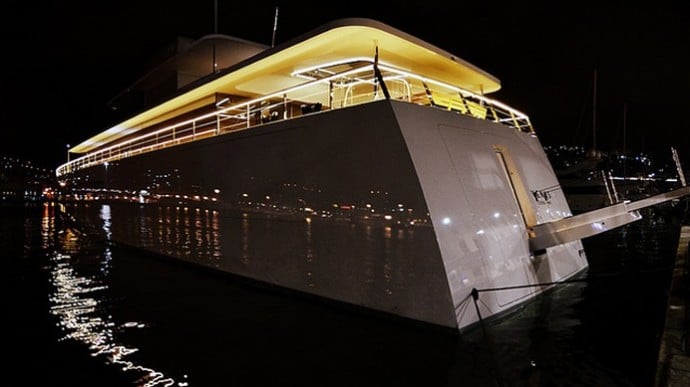 The real mystery of the Venus is not its interior design though, but its owner. As Jobs himself didn’t live to see the finished yacht, his wife Laurene Powell supposedly put it up for rent on Yacht Charter Fleet website. However the yacht does not seem to be available there. Though a luxury yacht port Marina Portuaria claims that Powell no longer owns the Venus, the question of who does own it and who has been using it remains unanswered. 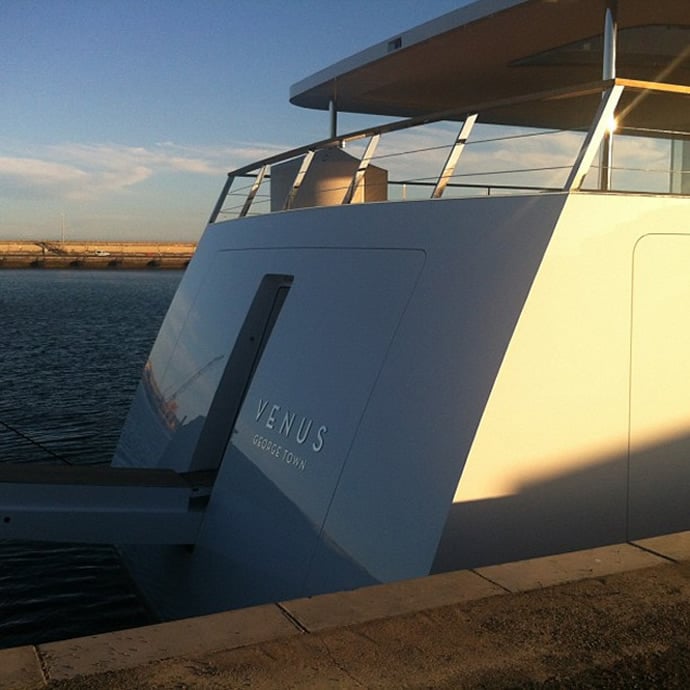 Tags from the story
Steve-Jobs, Yacht