Just four months after the record-breaking Oceanco Y721 sailing yacht hit the water for the first time, it looks ready for delivery to its alleged owner, Jeff Bezos. The 127-meter sail-assisted luxury yacht was recently spotted lying in a dock in a fully completed state in the Port of Rotterdam, which suggests the delivery date is near. The three-masted schooner is still known only by its codename, Project 721 or Y721, and is the longest yacht to have been built in the Netherlands along with being the largest superyacht ever built at Oceanco. While neither Oceanco nor Bezos have confirmed that the vessel was built for him, multiple news reports have linked the gigantic superyacht to the world’s second-richest man. 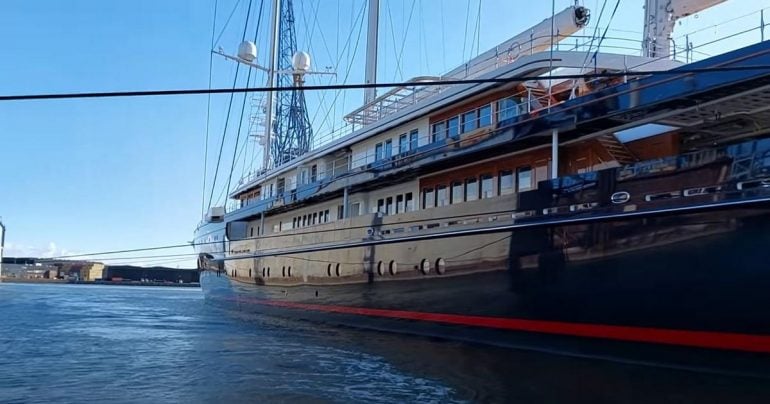 The Oceanco Y721 has been grabbing headlines since the beginning of the year, mostly for the wrong reasons. It all began with a news report that claimed Oceanco had filed a request with the city of Rotterdam to temporarily dismantle the historic bridge Koningshaven to let the vessel with its 70-meter-high masts pass through. It was immediately met with intense protests with the people of Rotterdam even threatening to throw rotten eggs at the $500 million superyacht. The Dutch shipbuilding company eventually decided to cancel the request with the city and opted to transport the vessel without its masts attached. They even did it in the dead of night and took a longer and less used route, bypassing the bridge altogether, just to avoid unnecessary attention. 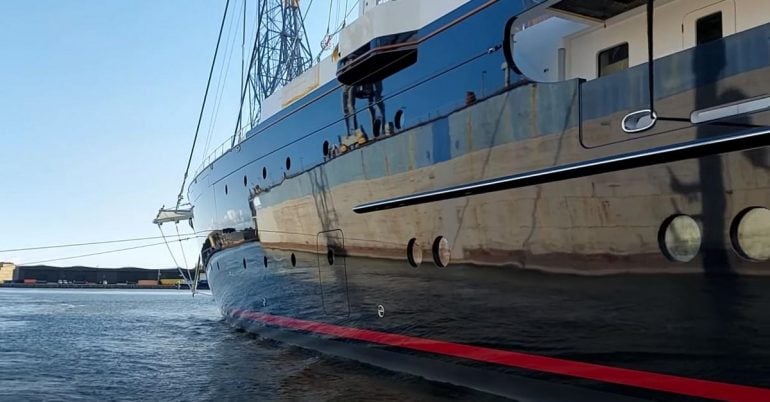 Most of the details of the record-breaking superyacht have been kept secret by Oceanco, although it is believed to be inspired by the iconic Black Pearl which was delivered by Oceanco in 2018 and is considered one of the most technologically-advanced sail-assisted vessels in existence. Measuring 127 meters in length, the Y721 is set to become the world’s largest sailing yacht, displacing the current titleholder Sea Cloud from the top spot. It features a black hull, white superstructure, and classic exterior lines, which can be seen in the video posted by Hanco Bol of Dutch Yachting a few months back.

Back in October, we also got the first look at its shadow yacht, a custom support vessel called YS 7512 which was built by Damen Yachting and recently concluded its sea trials. Measuring 75 meters in length, it is the largest support vessel built by the shipyard to date. 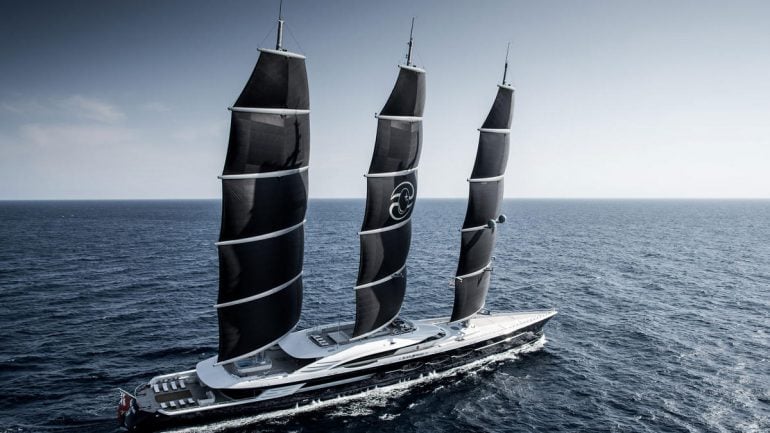