Toyota’s luxury vehicle division, Lexus, is traditionally known for its high-end premium cars. Still, with the F Sport road bike launched earlier this year, the company ventured into a different niche, well out of its comfort zone, but it’s something luxury automakers have been doing for a long time. Top marquees including Aston Martin, Ferrari, Alfa Romeo, design premium grade bicycles and brand them in line with their flagships as a commercial and marketing tactic. The Japanese luxury automaker has unveiled another bike named the ‘NXB Concept’ at this year’s Tokyo Motor Show, and it’s built using the same materials and technology used to make the LFA supercar, similar to the limited production F sport road bike.

The NBX (which stands for Neo Extreme Bike) is a mountain bike that has a carbon fiber-reinforced polymer (CFRP) frame made in one of the three-dimensional braiders which were earlier used for making parts for the Lexus LFA. The LFA supercar’s production ended last year, and the braider is currently only being used for bicycle production. It is displayed at the Tokyo Motor Show alongside the crossover SUV concept LF-NX and has similar swopping lines and hard edges. Some other notable features on the bike include XeNTiS Kappa2 CC carbon fiber aero wheels, special tread pattern on the IRC tubeless tires, inverted KYB suspension fork, Magura hydraulic disc brakes, a 1 x 11 SRAM XX1 drivetrain, and sharp triathlon-bike-like carbon firber handlebar extensions. It’s a concept and looks impractical and was put on display to exemplify the design philosophy the marquee is working on for the future. 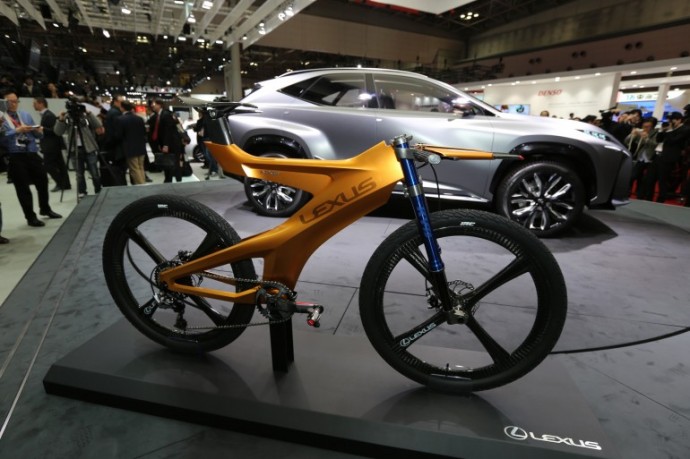 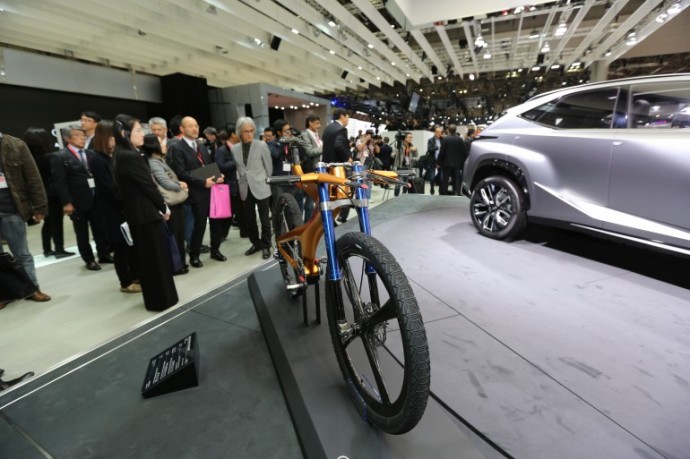 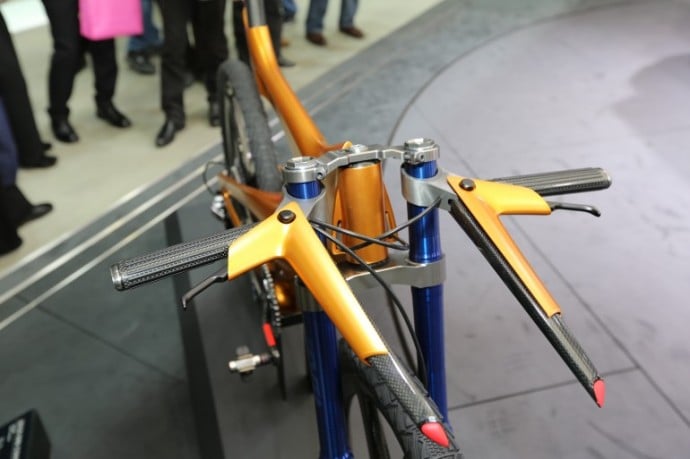 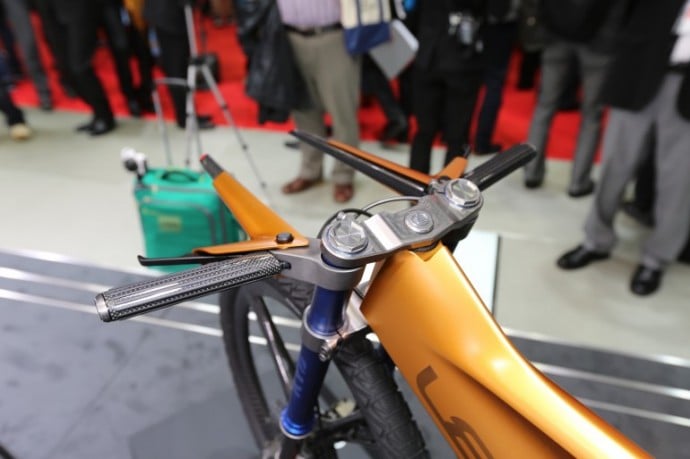 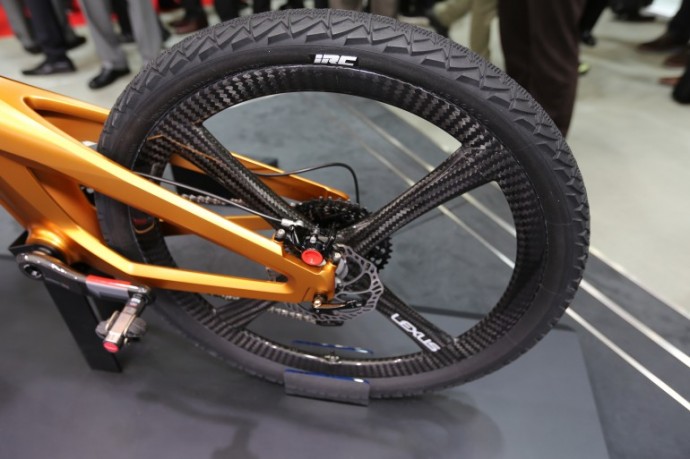 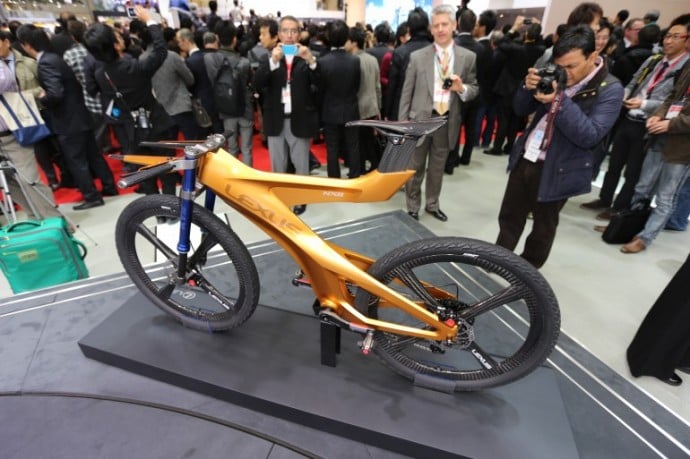 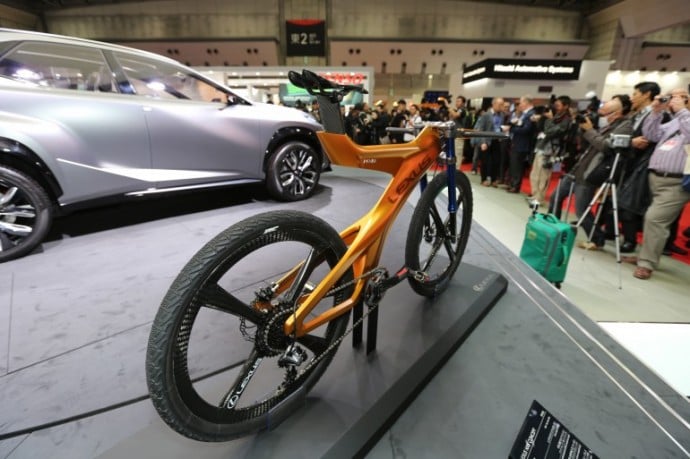 Tags from the story
Bike, Lexus