Suppose you thought you’d missed your last bus with the Aston Martin One-77 that sold out in February this year, then you’re probably wrong in your assumption, as the luxury sedan has been redesigned by the joint partnership of Aston Martin and Factor Bikes to be launched as a bespoke, two-wheeled version. One-77 bicycle, like the car, uses carbon as the material for the frame, fork, and handlebars to keep the weight low. The bike is complete with Shimano Dura-Ace components and bespoke carbon wheels. High-intensity front LED, and red rear LED’s keep cyclists prepared for dusk, while the hand-stitched leather handlebars and saddle provide the feel of the original sedan. The bicycle uses an advanced computer system that incorporates an array of sensors such as GPS, a rear-wheel speed sensor, and a crank position sensor, in addition to traditional measurements like speed, altitude, GPS location, and heart rate.

The Aston Martin One-77 Bicycle comes in a limited production of only 77 models and is ideal for serious cyclists for whom performance is of utmost importance. The One-77 bike is reported to sport a hefty pricetag of £25,000 ($39,000). However we have no official listing of the same yet. 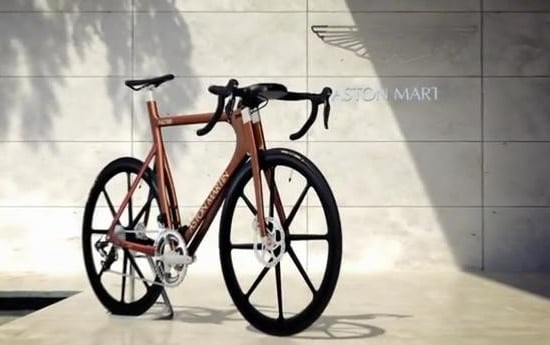 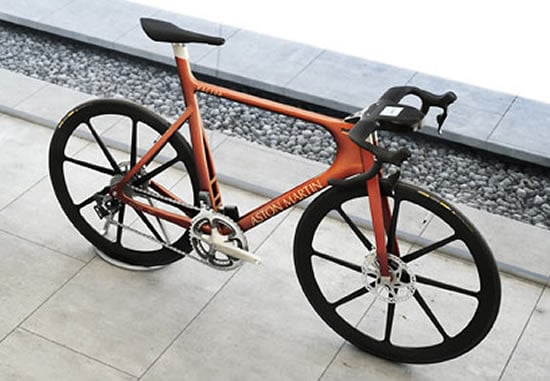 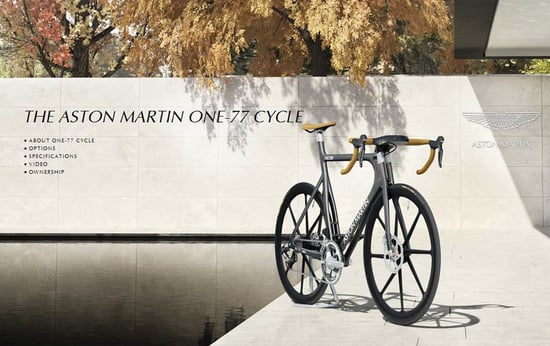 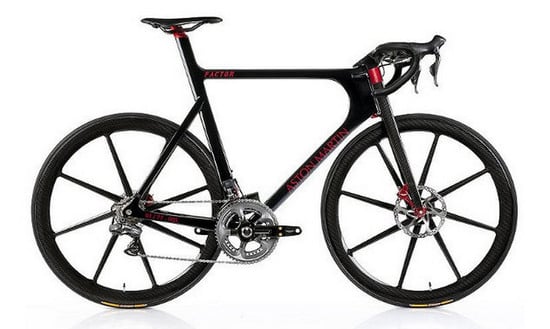 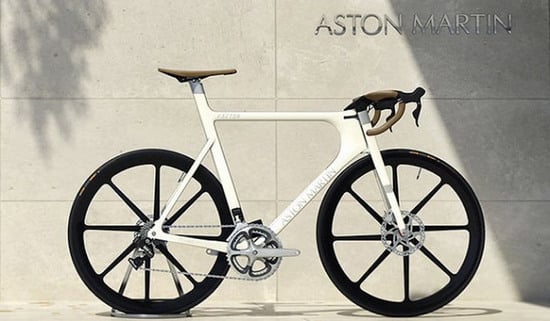 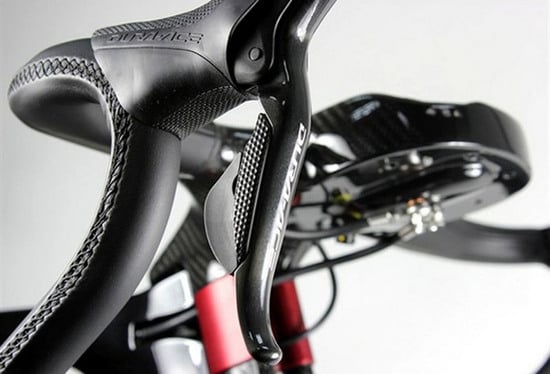 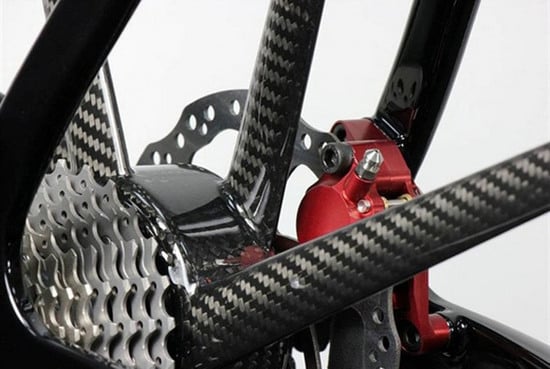 Tags from the story
Aston-Martin, Bicycles