Well, London seems to have its share of supercars roaring down city streets and is now tired of it all. Those who’ve been strolling around YouTube, stumbling across videos of supercars in London, will know that every year, Middle Easterners bring their custom luxury cars, supercars, and hypercars to London to bask in the summer sun. Obviously, these folks love showing off too and aren’t too afraid to rev their cars, perform impromptu burnouts, and occasionally have their cars spit flames on busy city streets. While petrolheads obviously cheer these folks on, many local residents have pushed authorities to curb the “nuisance”. 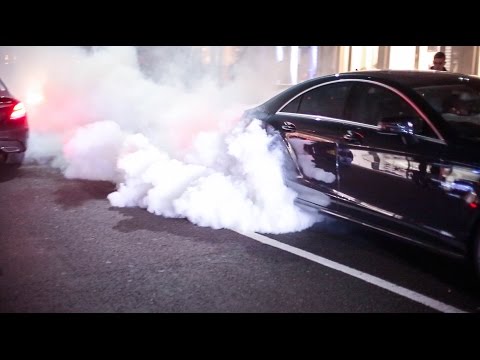 To lower the noise and the dangerous driving in the area, authorities in the Royal Borough of Kensington and Chelsea will now fine reckless supercar drivers and have them pay up to $1,500 for “engine-revving, rapidly accelerating, racing, honking unnecessarily or performing stunts”. As if that’s not all, a 24-hour hotline will also enable residents to telltale every time a supercar zips by. The last time we heard of a supercar menace tackled by authorities was a Qatari national wreaking havoc in Beverly Hills. We hope the supercars of London behave and continue charming onlookers every summer though.