American EV manufacturer Lucid revealed an even higher-performance version of its Air luxury sedan during the Monterey Car Week in California. Called the Lucid Air Sapphire, the range-topping luxury electric sedan features a three-motor powertrain that is capable of delivering over 1,200 horsepower. Just to give you some context, the Lucid Air Performance has 1,111hp on tap and is already a blisteringly quick EV. Lucid claims the Air Sapphire 0-60mph sprint in under 2 seconds, which would make it quicker than just about every other production car on this planet. Only the Rimac Nevera and the Tesla Model S Plaid have a sub-2-second 0-60mph time. Although the Tesla can do that under very specific conditions dictated by the company. 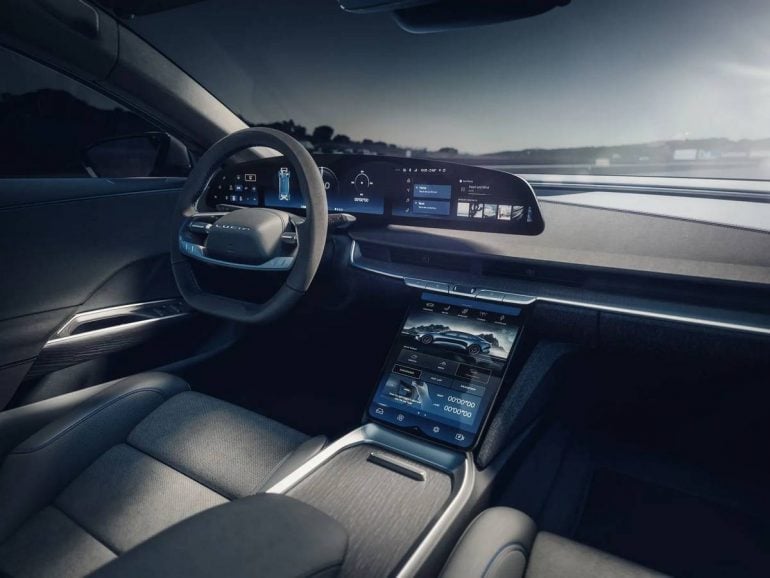 Interestingly, Lucid has not revealed the exact power and performance figures nor has given out specific details on the hardware. The company says the Air Sapphire will get a tri-motor setup, which is one more than the Air Performance. Two of the motors will be at the rear while one would power the front wheels. The pair of motors driving the rear wheels will allow for torque vectoring, helping the uber-luxe sedan perform well on winding roads and race tracks. 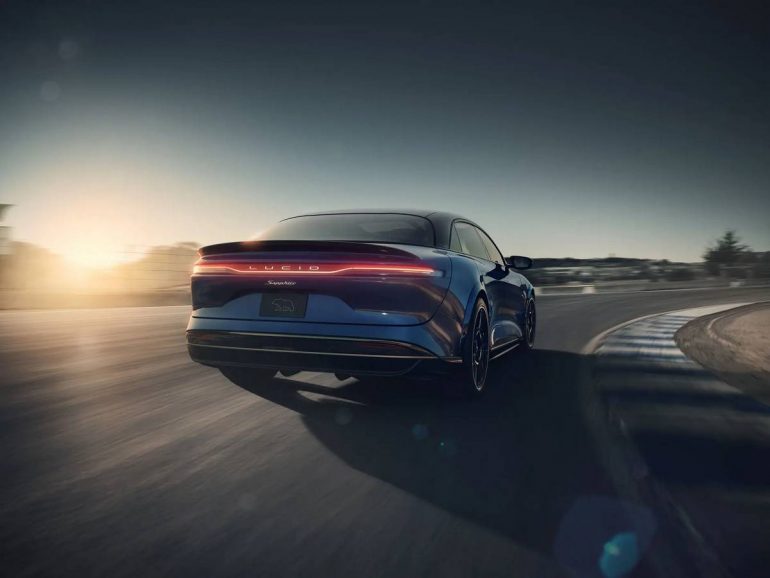 Lucid says the performance-focused luxury sedan will be capable of accelerating from zero to 100 mph in less than four seconds, complete the quarter mile in less than nine seconds, and hit a top speed in excess of 200 mph. The Tesla Model S Plaid being its direct rival has a top speed of 200mph and a quarter-mile time of 9.4 seconds. Lucid hasn’t revealed the range as of yet but the Air Sapphire will feature the same 118.0-kWh battery found in the other Air versions. 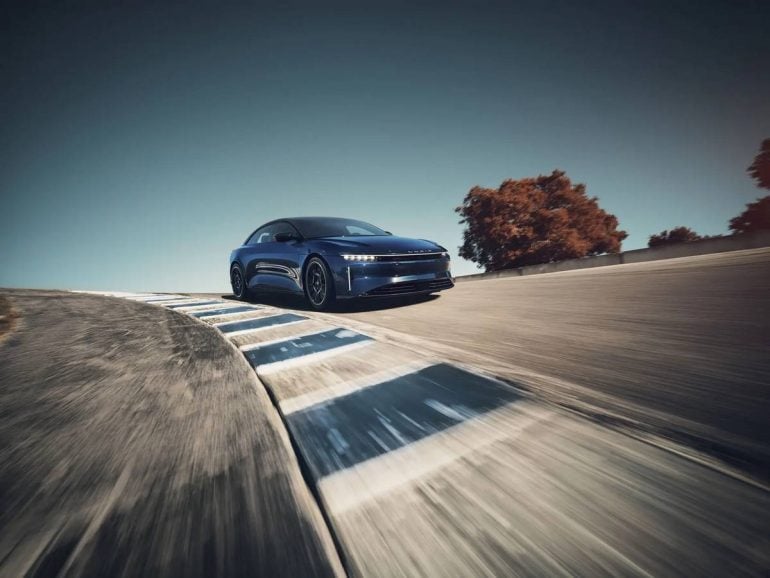 Although the Air Sapphire’s design is almost identical to the rest of the range, it will come with the newly available Stealth Look as standard. The wheels will come with carbon-fiber inserts to make the Air Sapphire more efficient. On the inside, the luxurious cabin will be wrapped in black leather with black Alcantara and blue stitching, and also feature Mojave darkwood interior trim. The pricing starts at $249,000, which excludes the destination charge. Lucid says the Sapphire will only be offered as a limited-production model in the US and Canada and the deliveries will begin next year.

Tags from the story
Lucid, Tesla