Mansory Design might have lost a legal dispute with Ferrari for illegally copying the design of the Ferrari FXX K track car for one of its body kits, it hasn’t stopped the German tuning company from making its more tasteless body kits for exotic supercars by the iconic Italian marque. Last year, Mansory revealed its aftermarket kit dubbed Stallone for the Ferrari 812 Superfast. The one we saw had an interior decked out in shocking blue, but the exterior was finished in a Daytona Grey paint which is a surprisingly understated choice for Mansory. The German company has introduced the latest example of its Ferrari 812 Stallone GTS and it’s an eye-sore in the typical Mansory fashion.

The newest 812 GTS-based Stallone GTS is finished in bright orange inside out. Now, orange isn’t always a repelling exterior color for many cars, especially for Lamborghinis. However, there’s a good reason why you’ll almost never see Ferraris wrapped in Orange – they look horrendous. But that didn’t stop Mansory from building this kitted-out Ferrari. The open-top Ferrari is equipped with aerodynamic upgrades, including a reworked bumper, unique side skirts, a new diffuser, and a massive wing – all made of bare carbon that contrasts the bright orange paint. I’m not sure if you see it or not but the orange Ferrari looks like a Japanese import with a body kit that is fit for a Fast and Furious movie.

As mentioned before, the interior is also decked out in orange, which is striking to say the least. Everything including the seats, dashboard panel, steering wheel, and even the door cards are in orange, with a dash of white accents to add contrast. The Ferrari 812 Stallone GTS is also more powerful than the supercar it’s based on. The company has re-tuned the ECU and fitted the supercar with a new sports exhaust system to extract 818 hp and 546 lb-ft of torque from the engine 6.5-liter V12 engine. As a result, the performance numbers have also improved. The 0-60mph time has reduced from 3 seconds to 2.8 seconds, while the top speed has gone up to 214mph from 211mph. 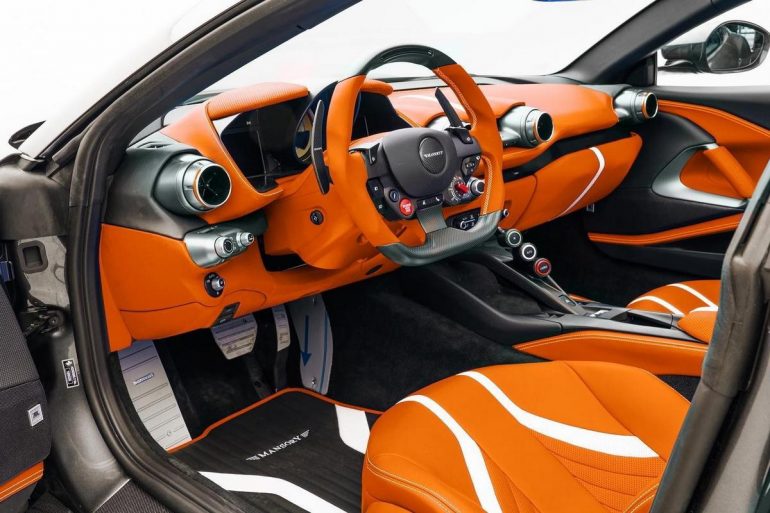 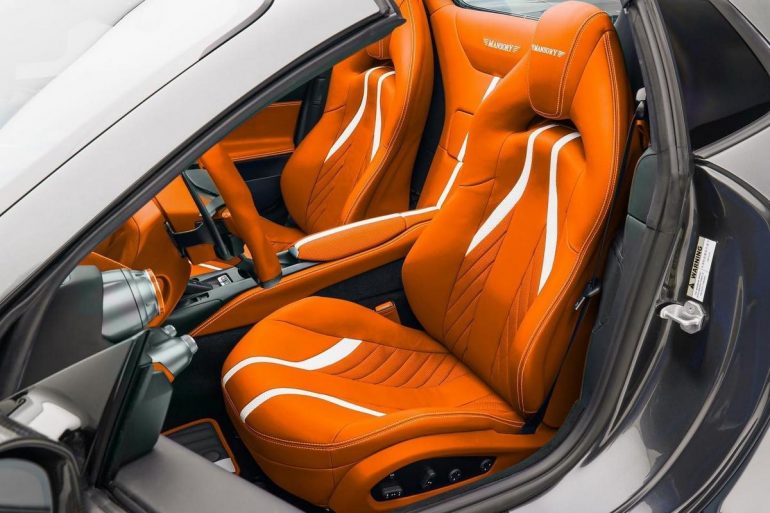 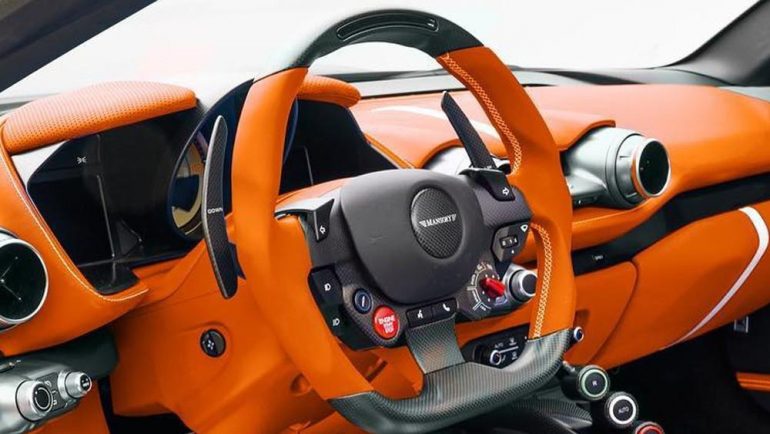