When you come to think of it, a crossover is a perfect vehicle to hit the road in. These come with a mixture of car-like drive quality and the looks and power of an SUV, making crossovers an attractive segment in the automotive world. Jumping aboard the crossover bandwagon is German automaker, Mercedes Benz, with plans to give its rival, the BMW X4 a run for its money! The company has unveiled the swanky new GLC Coupe, a muscular and intimidating mini-beast that’s packed with enough punch to make SUV as well as sedan fans happy. The concept Coupe SUV on which the GLC Coupe is based, was unveiled in China last year and the latest three-pointed star release looks ready for the production line. 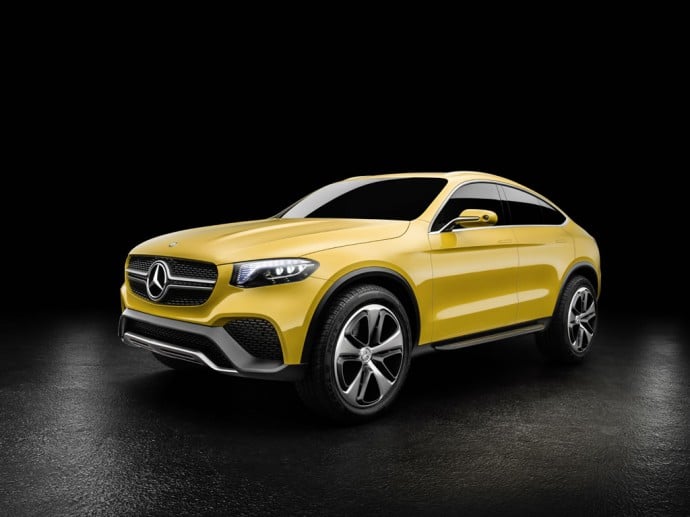 The Concept GLC Coupe measures 186.2 inches in length. Sporting a 9G-Tronic automatic, the car comes with a turbocharged V6 engine that produces 362 horsepower and 384 pound-feet of torque. With the 4Matic all-wheel-drive system in place, the GLC Coupe seems well suited for the road as well as those adventurous escapades to places that are asphalt-shy. Clearing any doubts of the car hitting assembly lines, Mercedes Benz marketing honcho Ola Kallenius stated, “We will take this beauty into series production!”