We are a couple of weeks away from the debut of the Mercedes-Benz EQS electric sedan, but the German automaker has teased us with the first complete look at the luxury EV’s beautiful and tech-laden cabin. One of the highlights of the upcoming luxury EV is the massive MBUX Hyperscreen that covers the entire width of the dashboard. Mercedes released a few teaser images of the pillar-to-pillar Hyperscreen dashboard at the beginning of this year, but this is the first time we’ve got a proper look at it. Measuring 56 inches wide, the gigantic dash-screen eclipses anything that’s on the market currently, including the 17-inch rectangular display in the new Tesla Model S and Model X. The Hyperscreen will be available only on the range-topping EQS or as an optional extra for the range. Buyers who don’t fancy the huge dash-screen can simply go for a more traditional setup that looks very similar to the one found in the new S-Class. 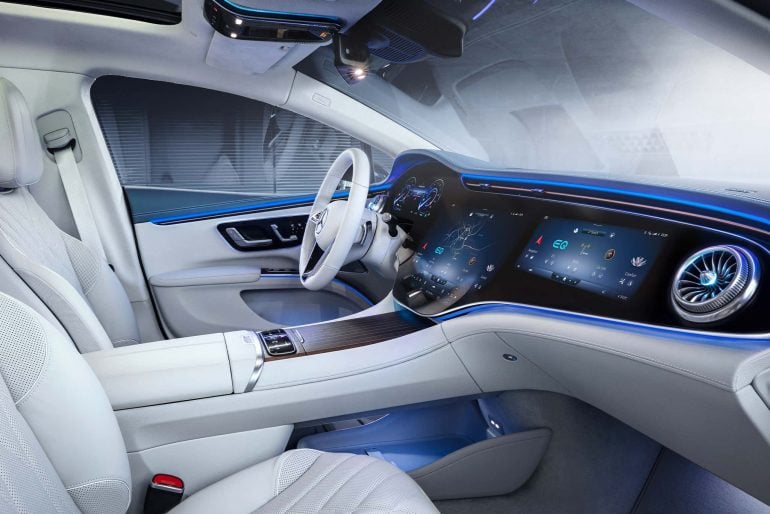 Mercedes says the ultra-wide curved display is one of its kind composed of a single pane of scratch-resistant glass and a cluster of displays behind it. Don’t be mistaken into believing the Hyperscreen as a gimmicky feature; it packs serious firepower. It uses eight CPU cores, 24 GB of RAM, and 46.4 GB per second of RAM bandwidth, along with offering artificial intelligence (AI) and a completely new user interface. Just as a comparison, the center-display in the Tesla Model S facelift boasts 10-teraflops of processing power, which is seriously impressive; but it’s mostly for in-car gaming. The Hyperscreen also features haptic feedback to make its usage more intuitive and give the user the impression of using a mechanical switch. In addition to the giant dash-screen, the upcoming Mercedes-EQS will come with features such as a HEPA filtration system, bespoke fragrances, 10 different massage programs, and soothing synthetic sounds to create a relaxing environment inside the cabin. It will be interesting to see if the EQS is able to set a new benchmark in its segment similar to what the Mercedes-Benz S-Class has consistently done for decades. 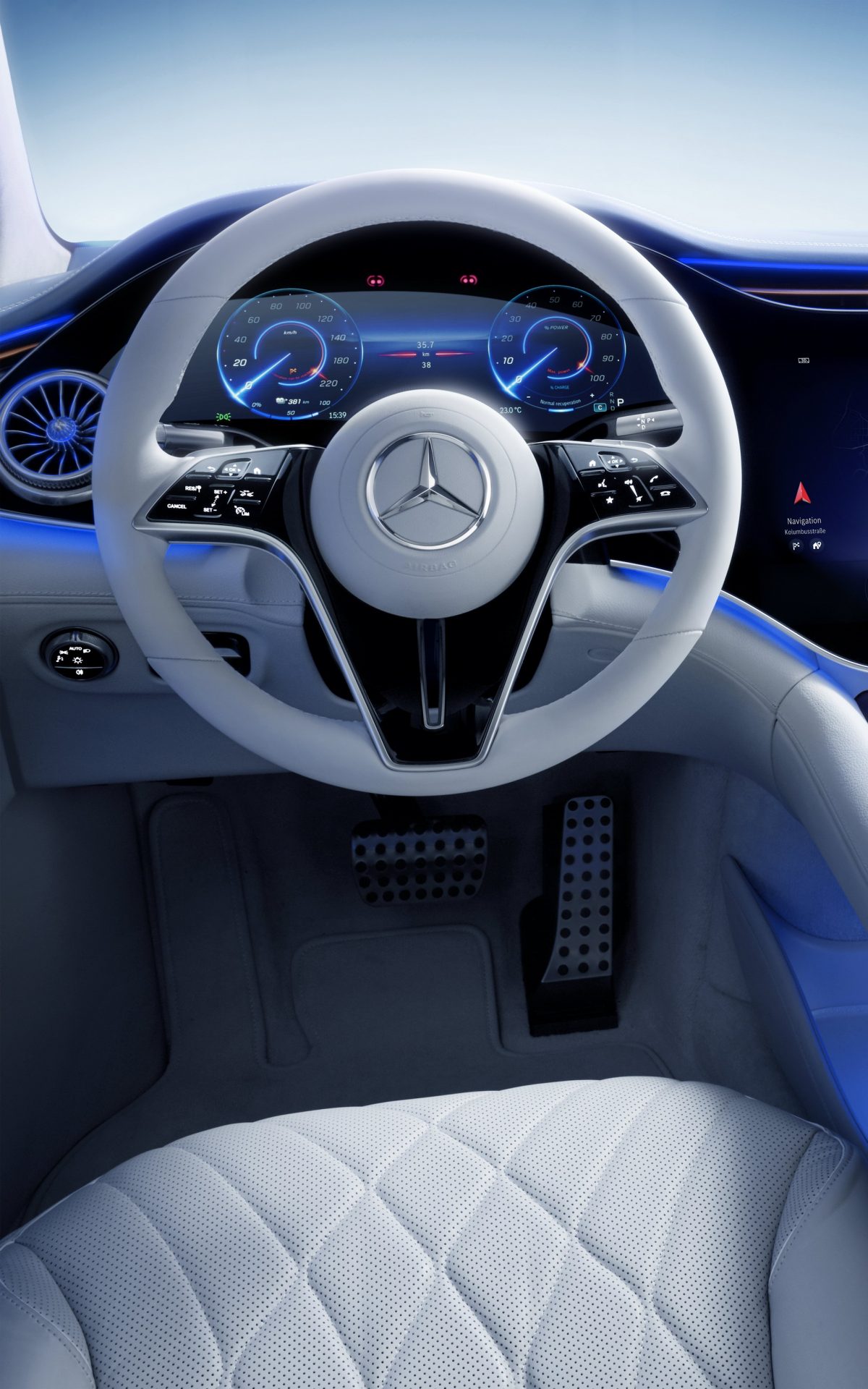 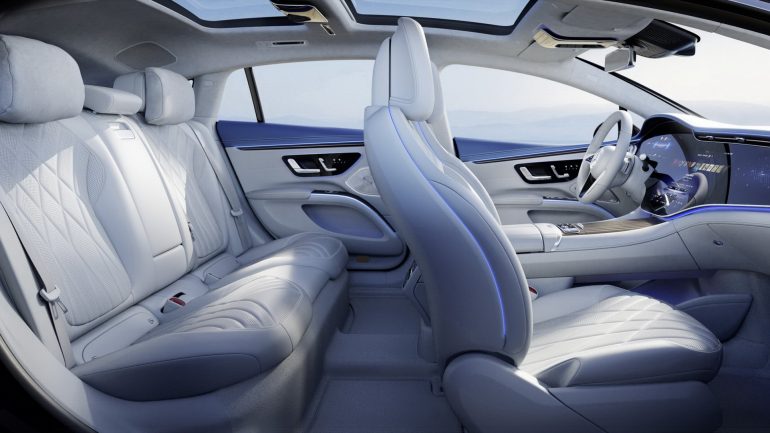