All the automotive pundits and car enthusiasts around the world are eagerly waiting to see the epic three-way battle of ‘Porsche 918 v LaFerrari v McLaren P1‘ happen. Despite being with us for more than a year now, the three hybrid supercars have not been tested against each other. In fact, Top Gear, the world’s most popular car show, has been trying hard to get these stunning cars on their test tack, but we all know, it’s not happening anytime soon. However, there is one man who knows which of these supercars is really the best. Meet Paul Bailey, the man from the UK who is the proud owner of what is now being called the ‘holy trinity’.

Paul Bailey, who initially bought the McLaren P1, used it to pick up a LaFerrari and then, together with his wife, drove over to pick up a Porsche 918 Spyder as well, completing the hypercar Trifecta in the process. There is a new video from SupercarDRIVER that was filmed on the day Bailey picked up the cars. The video documents the excitement of taking delivery of the supercars and has some great commentary on the feeling of being behind the wheel. Surprisingly, Paul Bailey is not the only one in the world to own all three cars as there are a few more collectors to own the trio, but they don’t want the media exposure. 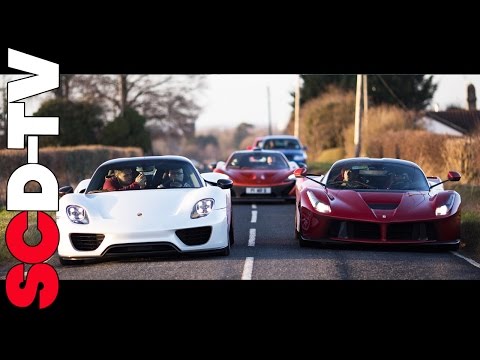