Madame Gu, a superyacht worth $156 million belonging to billionaire Andrei Skoch is the latest target of the U.S. officials. Not just the 324-footer but also the billionaire’s helicopter housed on it. The twice-sanctioned billionaire and politician was banned from conducting business with the superyacht home to a 3A-MGU chopper. Another of his asset the authorities are eyeing is Skoch’s private plane, the P4-MGU (an Airbus A319).

As per ICIJ, the U.S. Treasury Department said last week that it had designated the vessel, along with a helicopter housed on it and a private plane, as “blocked property.” The order, which also named yachts and assets owned by other Russian elites, is intended to “degrade the key networks” they used to hide and move money around the globe, the Treasury Department said. The billionaire has managed to keep Madame Gu out of their claws successful for months now. 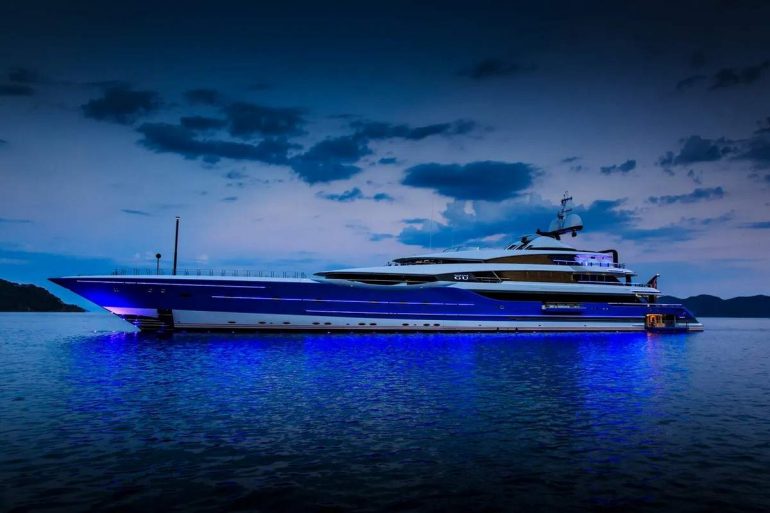 Marine Traffic shows that Yacht Madame Gu broadcasted its last location near the United Arab Emirates and this was way back on the 6th of March. After this the beautiful boat has been absconding, after all it was among the first few Russian-owned ships to go dark by turning off transponders and ceasing communication regarding its whereabouts. With the U.S. officially hunting it, it’s only a matter of time before the yacht resurfaces again.


Skoch is not as well-known as his wealthy Russian counterparts, but he is close to the Kremlin. The Western media have dubbed Skoch the “richest man in the Duma,” a member of Russia’s national parliament since 1999. As per Superyacht Fan, Paradise Papers disclose that Madame Gu belongs to Almano Holding. The owner of Almano Holdings is Elena Lickhach, wife of Skoch. This ownership detail will help Skoch avoid seizure if authorities ever impound Madame Gu. 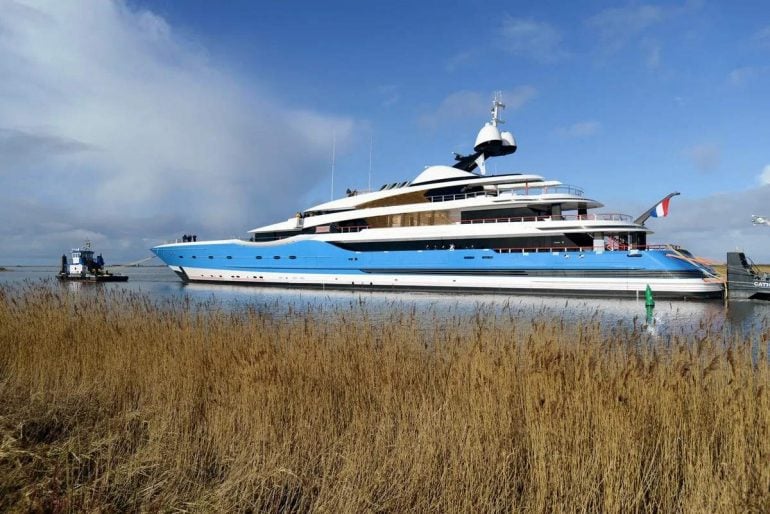 
The $156 million pleasure craft houses twelve guests in six cabins while eighteen cabins together make the comfortable crew quarters for 36 members. The helicopter, Eurocopter Dauphin AS 365N3, perfectly matches the same unique shade of blue and is assessed to be worth at least $9 million. One of the most spectacular features of this large Feadship vessel is her jaw-dropping helideck. The platform folds to lower the helicopter into storage. The fully enclosed helicopter hangar doubles up as a squash court.
According to Feadship, Madame Gu is sprightly and sails at a top speed of 24.0 kn. She cruises at 16.0 kn, which is considered above average for a ship her size. Four MTU diesel engines power the luxury motorboat that flaunts a gross tonnage of 2991.0 GT and a 45-feet beam.
About Andrei Skoch:
The Russian billionaire businessman has been an integral part of the State Duma of the Russian Federation since 1999. According to Forbes, he is currently worth $5.8 billion. He is a part-owner of the steelmaker Lebedinsky Mining. Wikipedia stated, Skoch is among the richest Russians and was listed in The World’s Billionaires in 2012. As a member of the Duma, he cannot own stakes in businesses. Hence, his shares in USM are held by his father Vladimir and his daughter Varvara.

Skoch served in the Soviet Army in 1984 and later built a memorial to fallen Russian soldiers in Lushun, China, formerly known as Port Arthur, the site of the bloodiest battles of the 1904-05 Russo-Japanese War. The benevolent Russian provided veterans of the Great Patriotic War from Belgorod region with personal VAZ-2105 (3000 vehicles for 260 million rubles). It is said, Skoch also donated over $117 million, a portion of which was earmarked for the restoration of war monuments in Russia.