Threatening to steal the crown from Lamborghini for being the supercar with the most bonkers design, the pre-production model of Lykan Hypersport was unveiled at the 2013 Dubai Motor Show. Billed as Arabia’s first supercar, it debuted as a concept car at the last year’s Dubai Motor Show. It is a creation of a Lebanon-based company named W Motors, which faced a lot of ridicule from some industry experts for being overly optimistic. It takes years of experience and billions of dollars in R&D and even some initial failed attempts for making a good supercar unless it’s Pagani or Koenigsegg we are talking of. But W Motors has surprised everyone by introducing the pre-production model within a year. 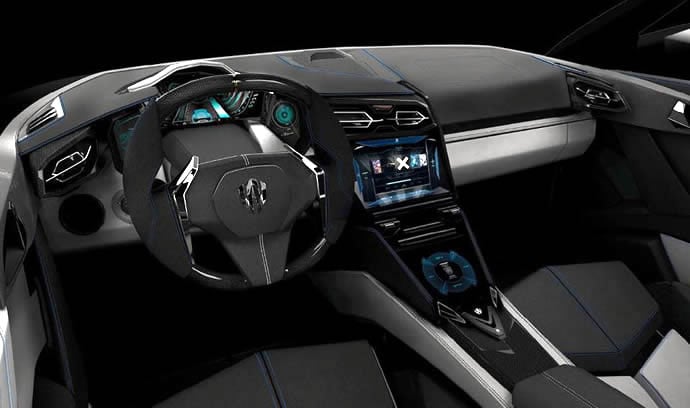 W Motor will offer the Lykans in two different versions: the top-of-the-line Lykan Hypersport, which is seen in the pictures, and a slightly tamer Lykan Supersport. The company brought a pair of Lykan Hyper sports, one in gunmetal gray and the other in blue, to the Dubai motoring event and with a nose that looks like it has been picked up from a futuristic Maserati and razor-sharp lines and edges all over the body, it was bound to steal the limelight. The company plans to build 7 examples of the Hypersport, which will be sold for $3.4 million each, but the supercar features some brilliant features that justify the price tag. 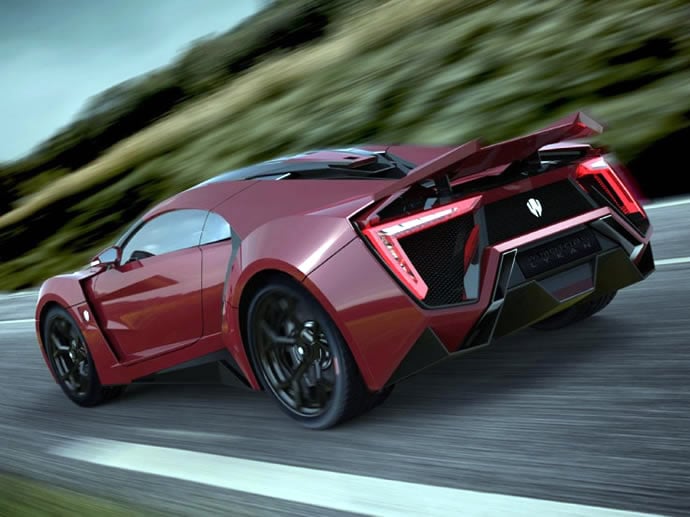 Inside the cabin, the Lykan Hypersport is encrusted with diamonds and other precious stones. It also abounds with carbon fiber and titanium to keep the overall weight down. The Lebanese supercar, when launched, will also become the first to feature a holographic display. Some of the functions it will include are adjustment of the audio and navigation settings and a media player. 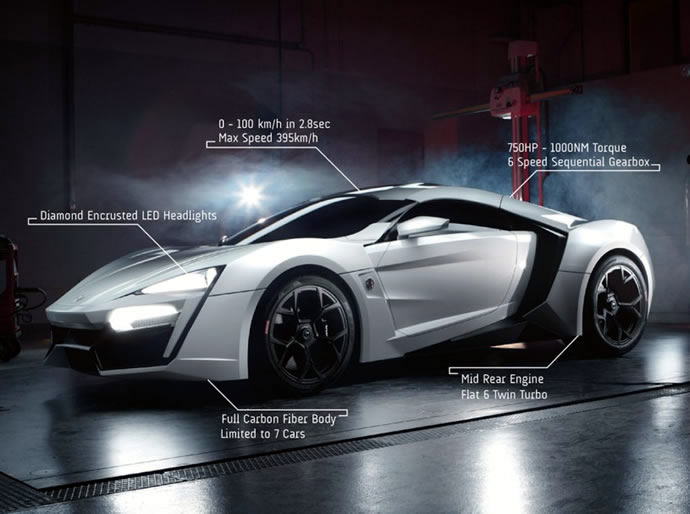 On the outside, in addition to the crazy design, the Lykan features beautifully designed V-shaped headlights and tail lamps, but that’s not all; the full-LED headlamps are highlighted with diamonds and more gemstones. Under the hood, there’s a turbocharged 3.7-liter flat-six engine developed by famous Porsche tuner RUF, which develops 750 horsepower and accelerates to 60 mph from a standstill in just 2.8 seconds with a top speed of 245 mph (figures claimed by W Motors). But at the launch event, the upward opening suicide doors wobbled quite a bit, and that’s not a great way to unveil a $3.4 million machine. 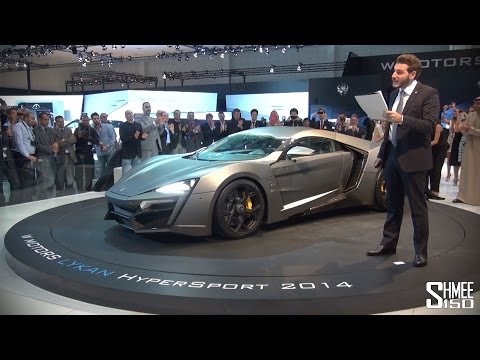 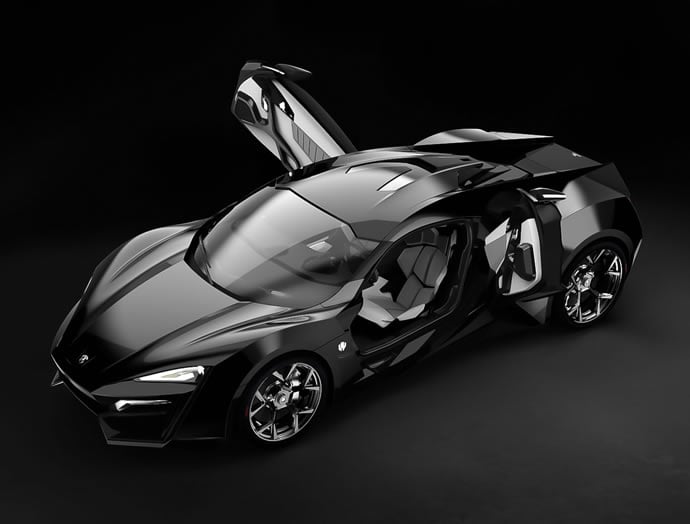 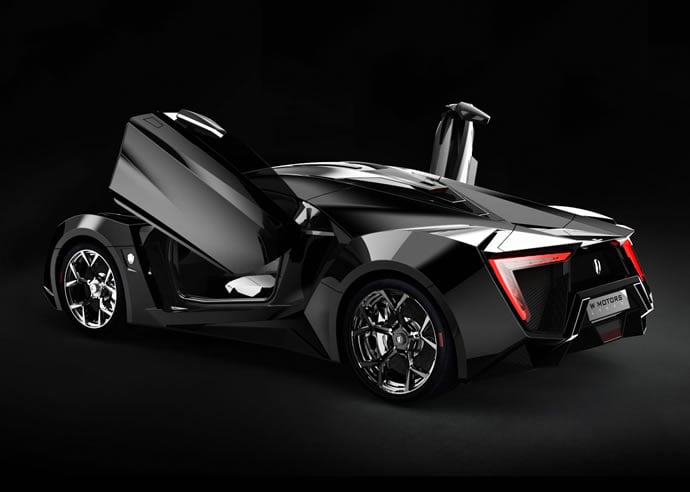 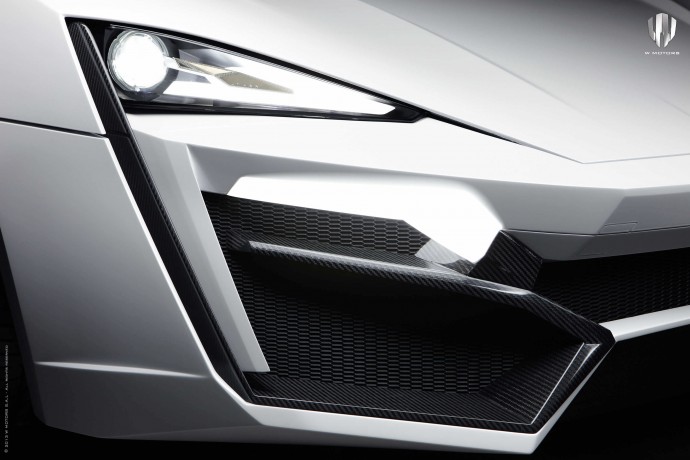 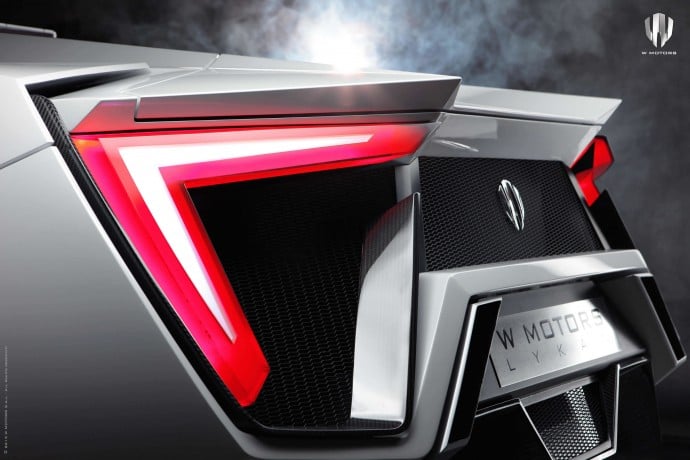 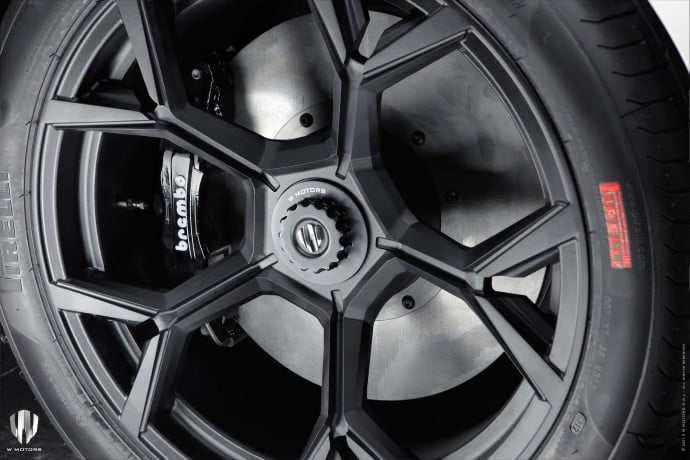 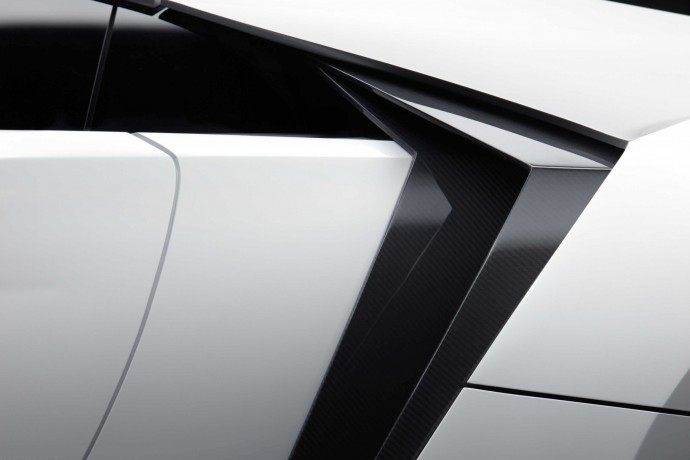 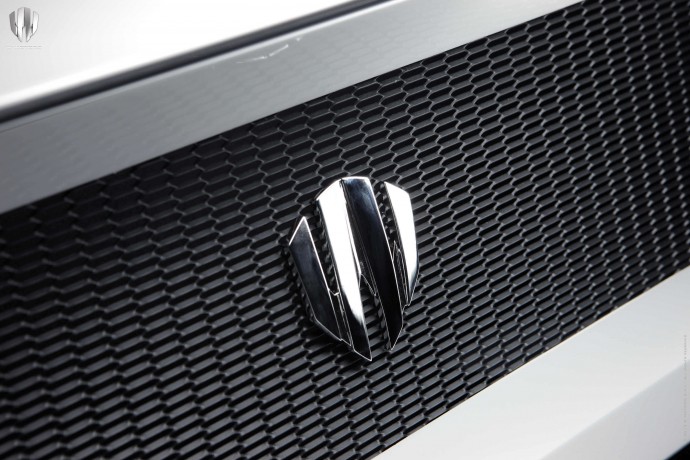 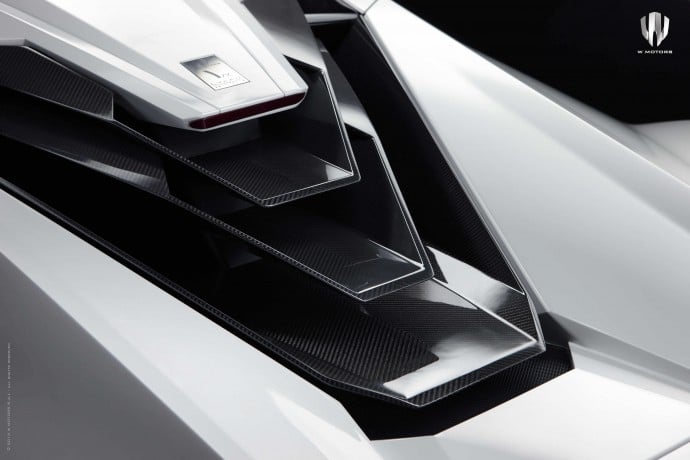 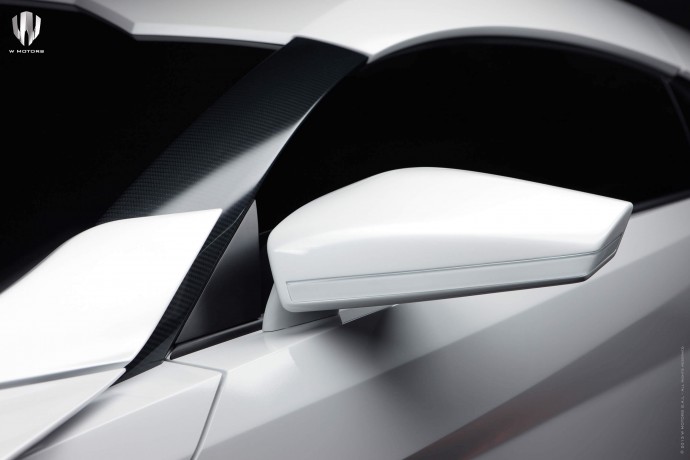