It was back in 2018 when we first came across the delightfully absurd Limo-Jet, which is up there with the world’s longest limousine named American Dream when it comes to automotive madness. Okay, before this bizarre automotive creation confuses you with its wild appearance, it’s not a flying car concept and neither is it a bespoke machine like the Bloodhound SSC built to set new world speed records. It’s a luxurious limo made out of the fuselage of a business jet – a Learjet 35 to be precise. The folks at Jalopnik recently discovered the Limo-Jet at a Mitsubishi dealership in Des Plaines, Illinois, where it is up for sale. Well, in case you’re interested in what can be described as one of the craziest limos in existence, then be ready to pay an amount that can also buy you a one-off hypercar. $3.799 million is the asking price! 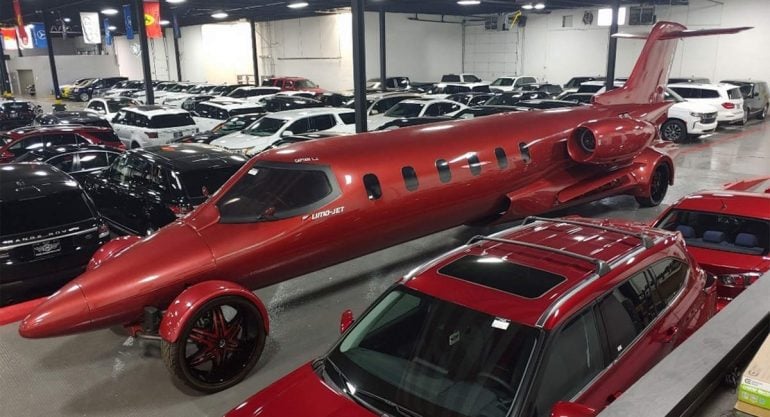 Don’t be surprised by its equally crazy price tag; it’s a road-legal private jet, for crying out loud. It’s the brainchild of Frank and Joanne DeAngelo from Exotic Coach Limousines and the design of the Limo-Jet was penned by Dan Harris. According to its makers, the Limo-Jet took $1 million and 40,000 man-hours of work to build spanning over 12 years. To make the bizarre limousine, the builders had to a custom steel frame for the fuselage that took two years of research, design, and development to construct. The interior has been customized with lights, speakers, multiple displays, and a long bench seat that offers enough space to accommodate a wedding party. The Limo-Jet features an eye-catching Dark Candy Red paint and a set of red and black 28-inch wheels on the outside. Interestingly, the Limo-Jet has come up for auctions several times over the last few years, including the Mecum Auctions’ Indy sales event last year where it failed to sell after the bidding peaked at $600,000. 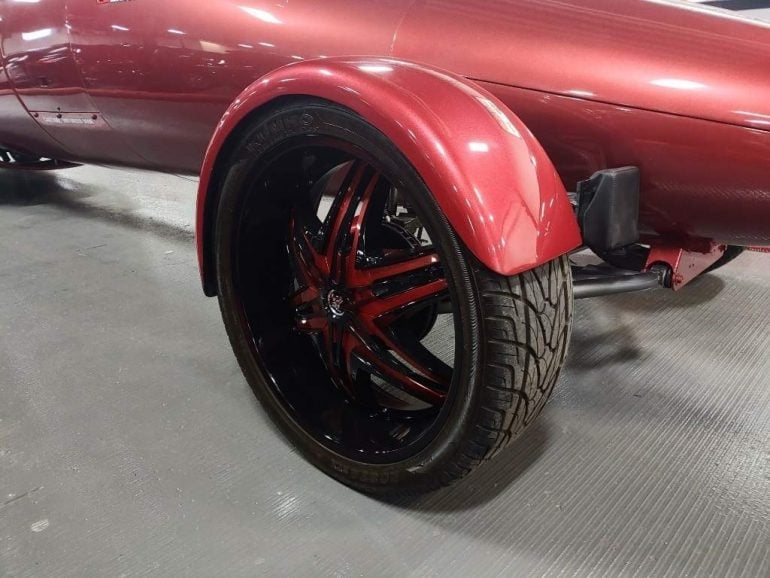 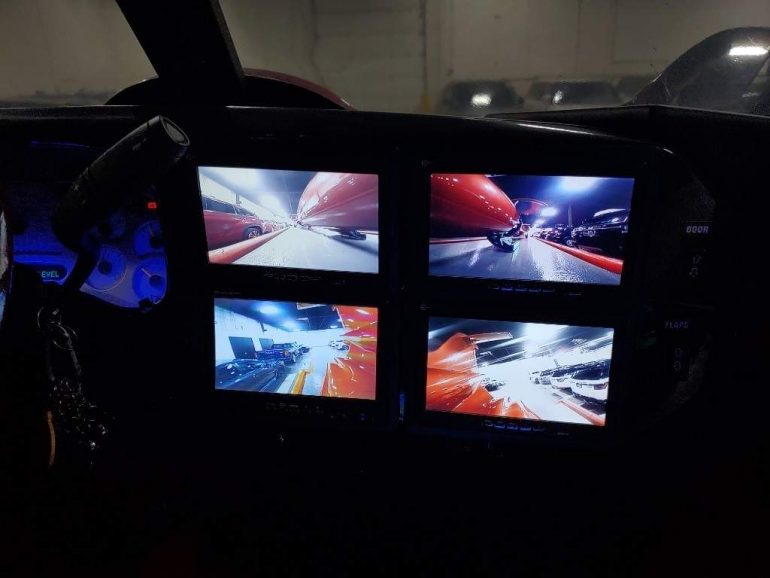 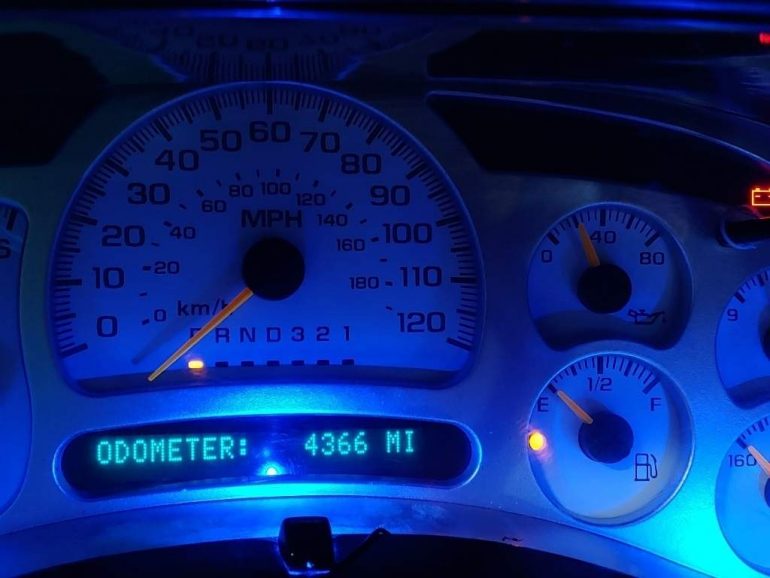 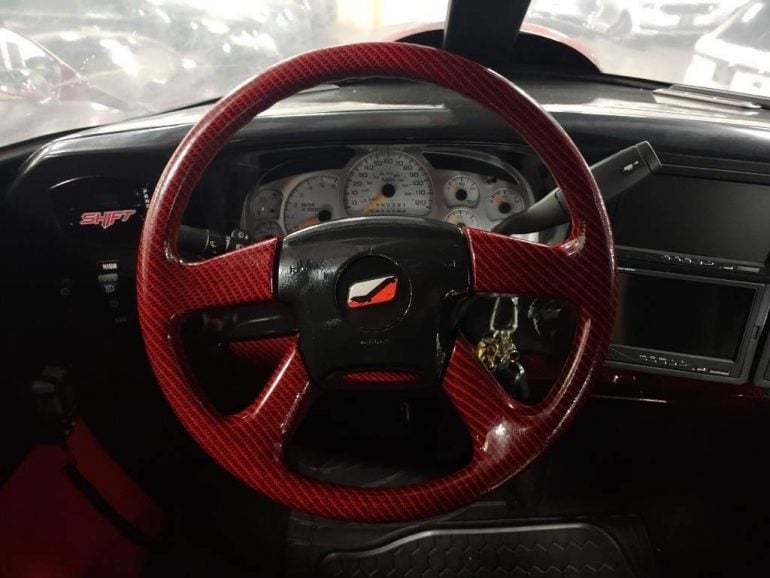 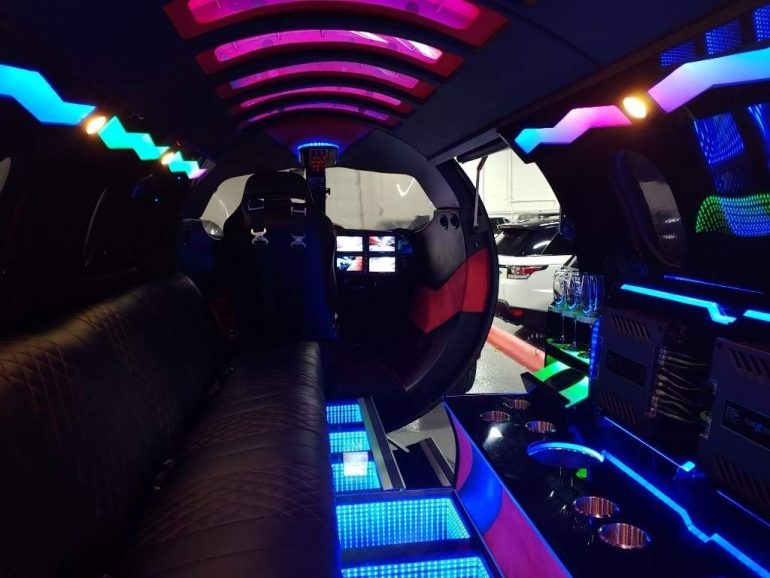 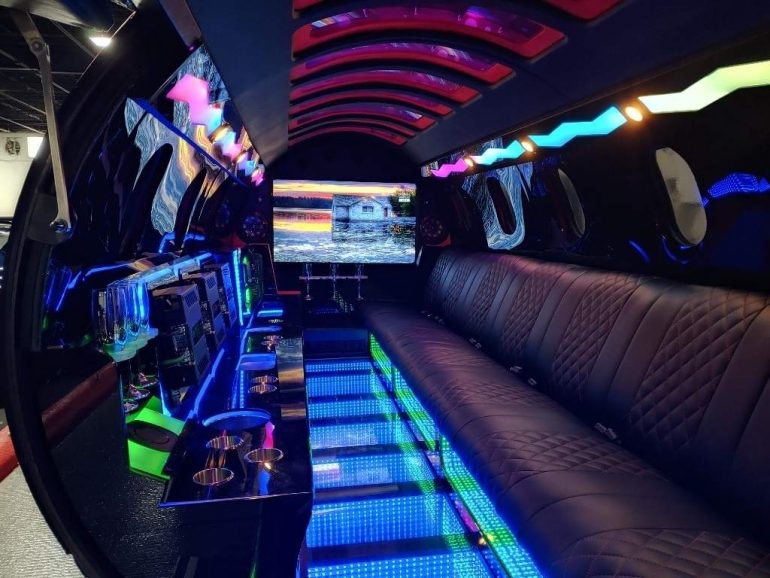 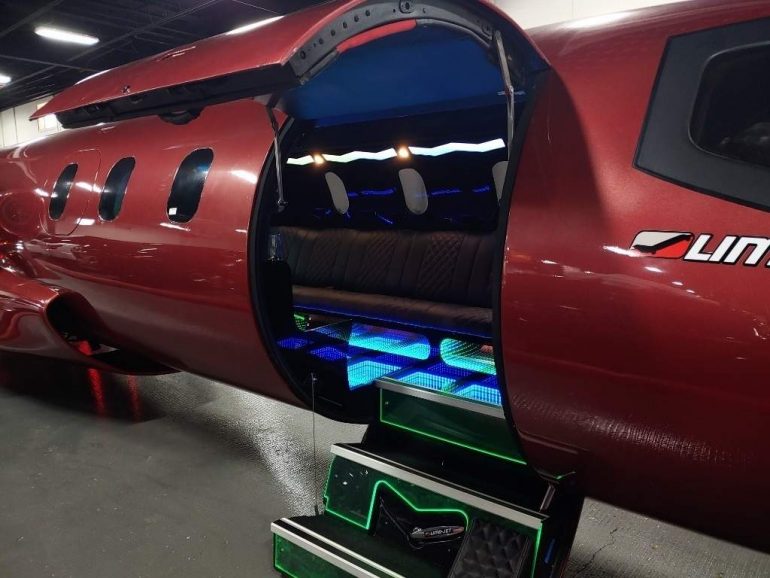 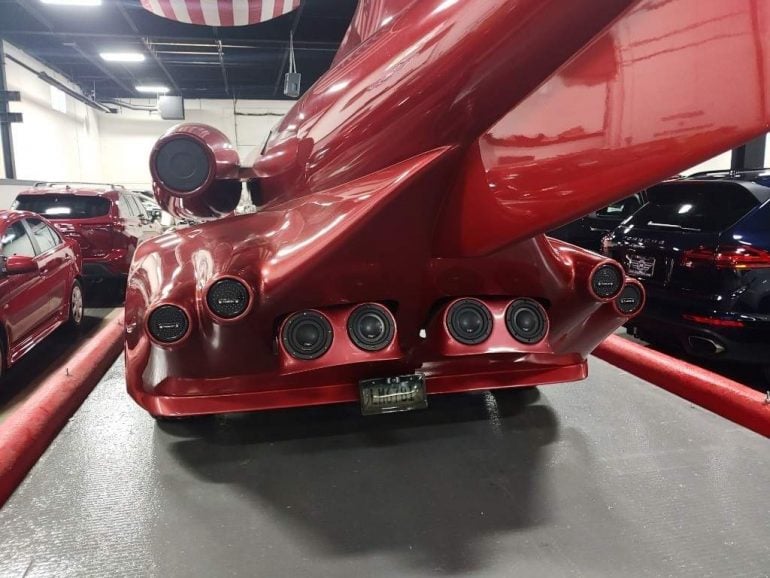 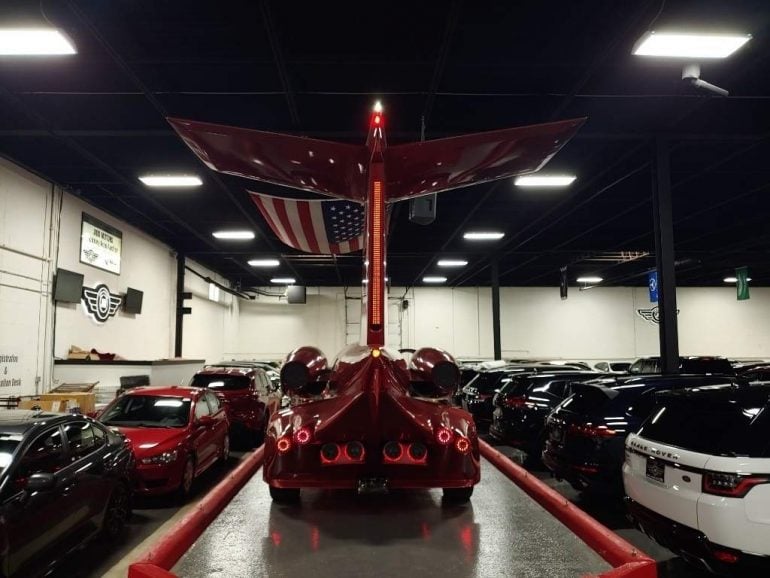 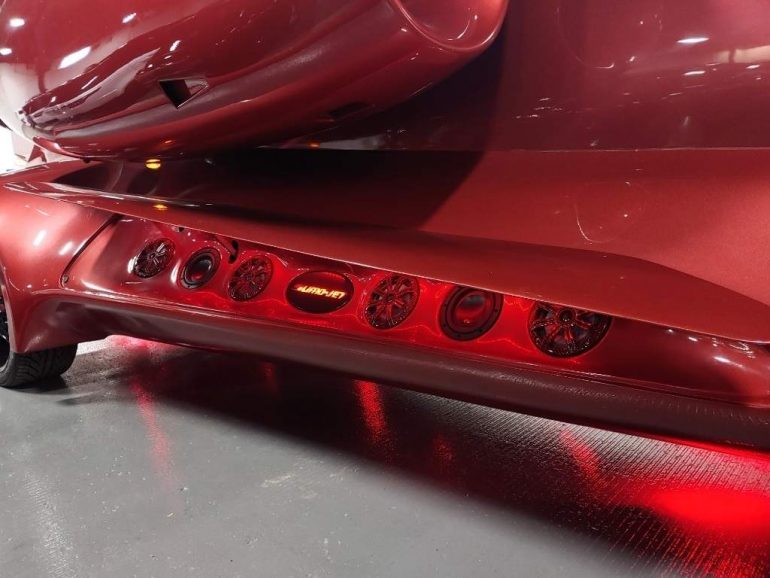 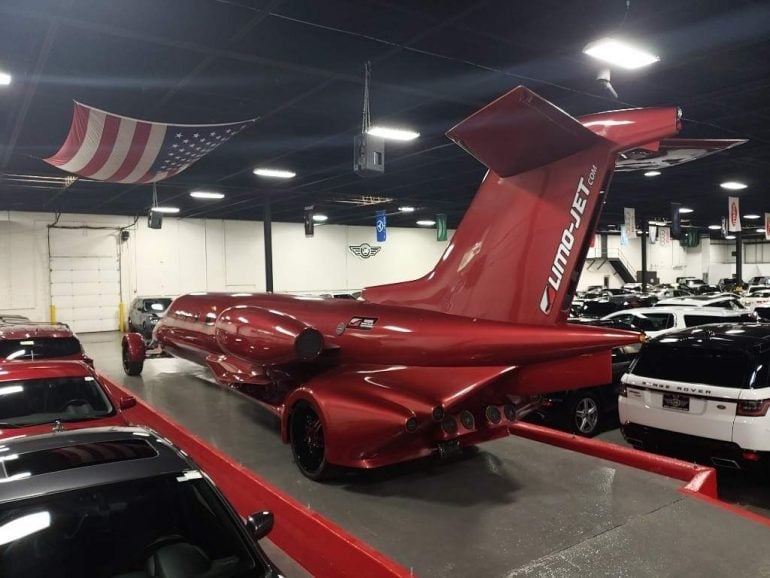 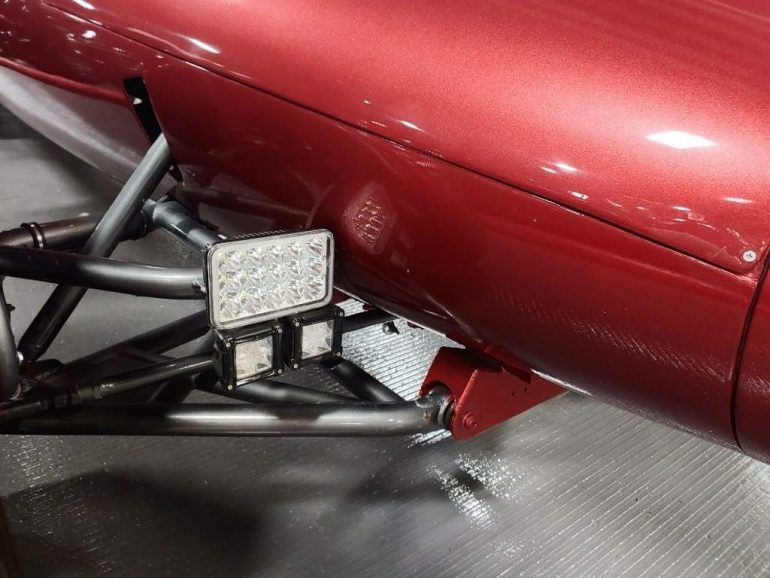 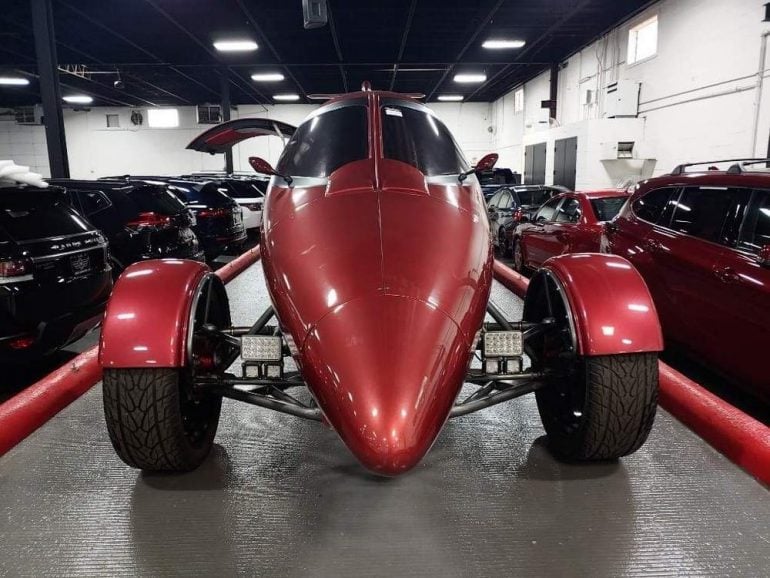