The world of YouTube has reached a level of saturation where content creators are going for absolutely wild ideas to push out viral videos. Setting a Mercedes-AMG on fire, jumping a Lamborghini Urus over an Aventador supercar, crashing a brand new Porsche Taycan through the front window of a dealership – we have seen them all. However, some of these YouTube stunts are not destructive, but rather interesting. YouTuber Dawson of BigDawsTV, who has over 7 million subscribers, came up with a quirky idea for buying his first Lamborghini.


The YouTuber claims he wanted a Lamborghini ever since he was a kid and decided to turn the buying experience into a viral video. Dawson’s unique idea was to purchase the Italian supercar with nothing but just $1 bills. That’s $250,000 worth of singles! He documented the entire process from getting the money converted to singles to finding a seller who’ll accept it as payment. The video is over 30 minutes long and the whole thing is just as crazy as it sounds. 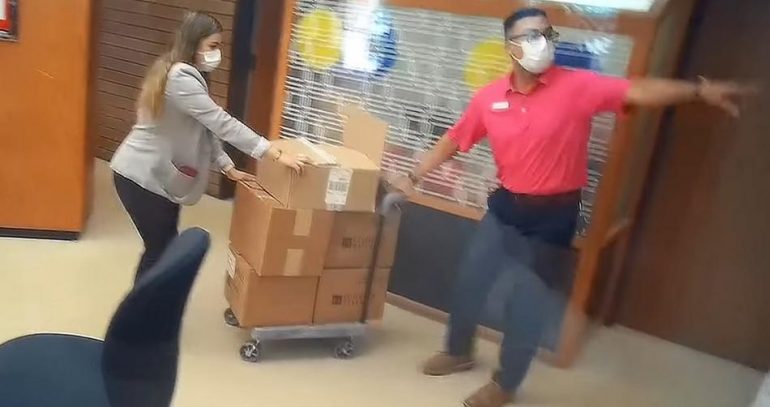 Back in 2012, a piece of news went viral on the internet that claimed Samsung paid Apple the $1 billion fine in truckloads of quarters. While that news was fake, I couldn’t help but relate that with this stunt. The first thing Dawson had to do was visit his bank and withdraw the cash in the requested denomination. The bank said it didn’t have a vault big enough to store that many dollar bills at a time and the request had to be fulfilled in three visits. As expected, Dawson was handed over cardboard boxes full of cash on each of the visits. 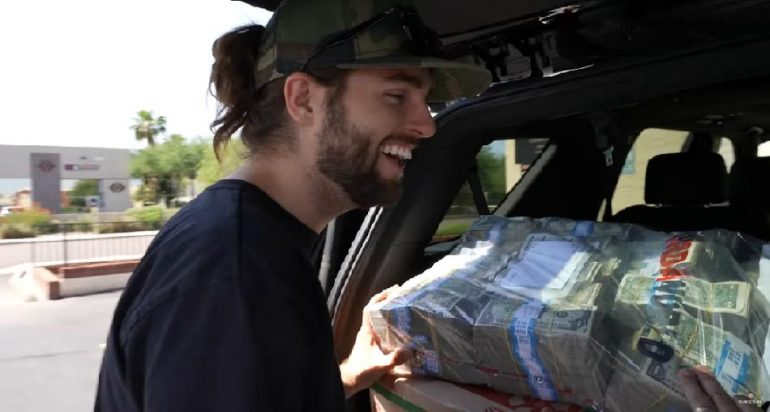 The next step was to find a seller who’ll hand over the keys to a Lamborghini for a pile of singles. The first dealership he chose had a green Lamborghini Huracan with the right price and mileage. However, it refused to accept cash. Two other dealership visits were futile as he couldn’t find anything he liked. Dawson finally found a private seller the next day who had a white Huracan with upgraded wheels and an asking price of $220,000. The seller wasn’t initially sold on the idea of taking $1 bills, but after a bit of persuasion agreed upon the deal. Have a look at the video; it’s long but quite entertaining.