As YouTube continues to grow nosier by the day, influencers are progressively resorting to more extreme stunts to grab attention. Destroying, or at least risking, super-expensive cars seems to have become a new genre of viral videos on YouTube. Remember the ultra-rich kid who jumped a brand new 702-horsepower Ram TRX for the sake of likes and new subscribers? It turns out the influencer facing criminal charges no fewer than 18 counts for his previous stunts was in no mood to stop. To say that he stepped it up a notch for his latest stunt might be an understatement. YouTuber Street Speed 717 a.k.a. Mike Hyssong decided to jump a Lamborghini Urus over a Lamborghini Aventador for his latest click-mining stunt. But then he did say his next stunt was going to be bigger than ever.

It turns out that the Lamborghini SUV that has a starting price of around $250,000 actually belongs to his wife-to-be. On the other hand, the Aventador with a fire-breathing V12 is a part of his personal fleet. The exotic Italian machinery that was risked being trashed for the clickbaity YouTube video amounts to a total of close to three-quarters of a million-dollar. The influencer also mocked his previous legal troubles in the video. “Long drive and a flight but it’s worth it because then you come here, I don’t have to worry about any laws in the United States so it’s really cool and obviously the Lambos are right at home,” he says in the video. At least, he did the math alright to pull off the jump. 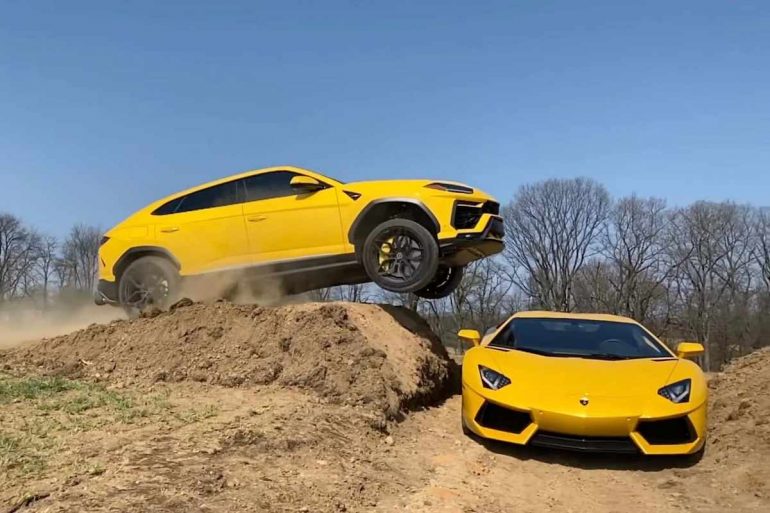