Eurostar is celebrating its 20th anniversary and more than 150 million people have travelled to Brussels and Paris railway since it first left London two decades ago this week. The glamorous train service had its inaugural journey from Waterloo Station on November 14, 1994, and to mark the occasion the rail company unveiled the newly designed high-speed passenger train by Pininfarina at a press conference at St Pancras International station in London this morning. The state-of-the-art train designed by the famous Italian design house has been named Eurostar e320 train after its top speed of 320 kilometres-per-hour (200 miles-per-hour). The train will go into commercial service at the end of 2015 in time to operate on extended routes to Belgium and the Netherlands – due to commence a year later. 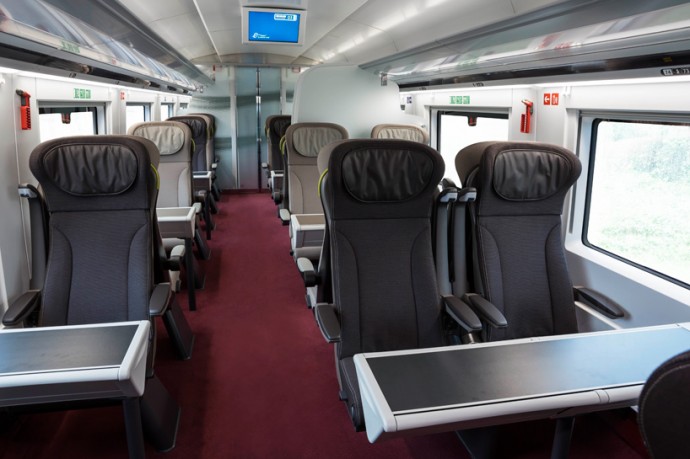 Pininfarina designed the train with reclining seats and increased luggage storage, plug sockets and mirrors in seat backs and touch sensitive light controls that “combine elegance with functionality” in Business Premier Class. Thinner seats will offer passengers more leg room, while private booths with translucent glass screens will be available to business-class passengers. In the buffet car, a curved white bar with rounded corners gives a “subtle sense of elegance” to the space. With the free WiFi and portals that display a range of information and entertainment such as live news feeds and weather reports, the customers can email, chat and access social media throughout their journeys. Pininfarina also added a range of grey and blue-toned seats to help “every customer feel their personal space.” The new fleet of 17 trains – seven more than are currently in circulation – will each be capable of carrying 900 passengers, boosting current capacity by 20 per cent. The company is also refurbishing the existing train interiors by French designer Philippe Starck, so the designs match across the fleet. 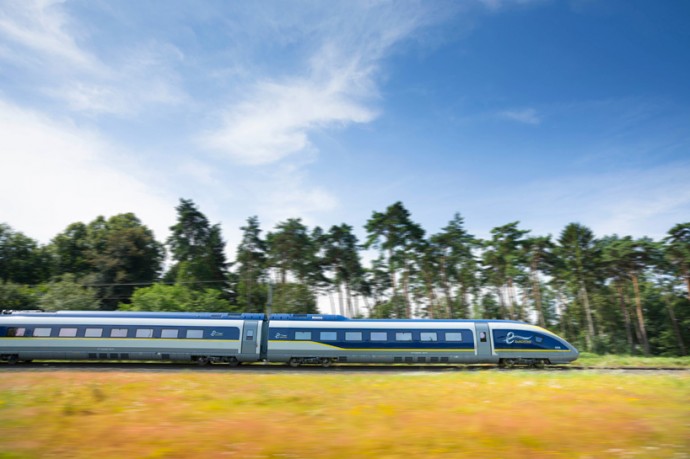 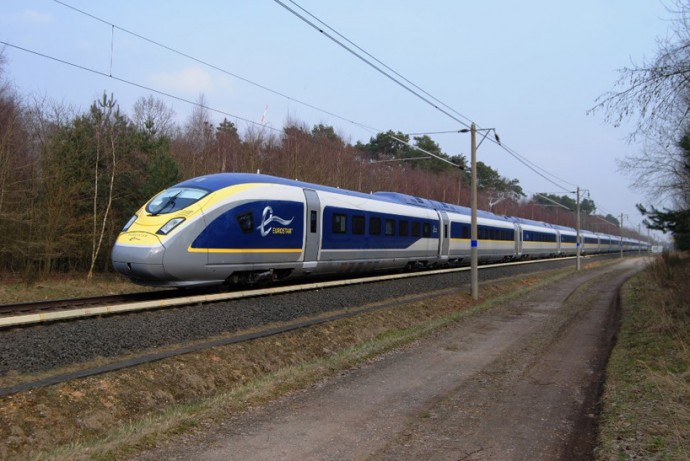 Tags from the story
Pininfarina, Train