President Biden won’t be able to fly in the next-generation Air Force One unless he wins a second term as the POTUS. According to a Department of Defense official, the production of the two Air Force One aircraft worth $3.9 billion has run into more roadblocks, further pushing the original deadline of 2024 by another 24 months. Boeing has claimed that the recent factory disruptions and supply chain problems caused by the pandemic are to be blamed for the delays. However, a recent news report by the Wall Street Journal pointed out that the delay might have been caused by a production mishap that left one of the Air Force One aircraft damaged. 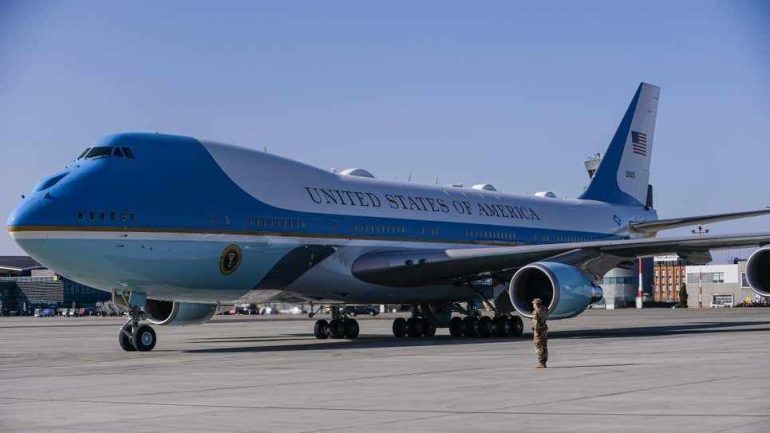 According to the report, the incident happened when the Boeing crew attempted to shift the weight of the jet from a scaffold structure to jacks that failed to support the massive weight. The report also goes on to state that one employee working on the project was not properly credentialed for the job and another worker failed a drug test, citing unnamed sources. But the US Air force claims the jack incident didn’t damage the plane. “During Boeing jacking operations earlier this year on a VC-25B aircraft, portions of the operations exceeded limits. The situation was corrected and actions taken to prevent reoccurrence. No aircraft damage occurred,” an Air Force spokesperson told The Hill.

The two new Air Force One aircraft that will replace their aging predecessors that have been in service for almost 30 years have been shrouded in controversy ever since the Trump administration awarded Boeing with the $3.9 billion contract in 2018. The former President event went on to say that the new Air Force Ones will feature a new color scheme. “It’s going to be red, white and blue, which I think is appropriate,” Trump tweeted. Last year, two small tequila bottles were found on board one of the planes, prompting an inquiry by Boeing. Even if Boeing is able to deliver the two presidential jets by 2026, Biden will be halfway through his second term if he is reelected.

Tags from the story
Air-Force-One, Boeing