The UAE has turned into a safe haven for sanctioned Russian oligarchs and confidants of Russian President Vladimir Putin who have been scampering to get their movable assets to safety. According to a news report by the Wall Street Journal, more than 100 Russian-linked private jets have made their way to the Dubai airport to seek refuge ever since Russia invaded Ukraine at the end of February. The Journal cited satellite imagery and data from aerospace research firm WINGX, which was further supported by satellite images shot by Earth-imaging company Planet Labs that showed a huge build-up of private jets from mid-February to the start of April. 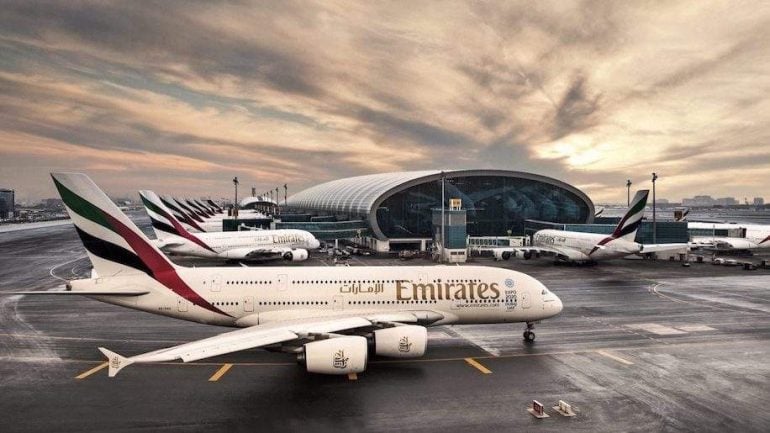 While all those parked private jets owned by Russians managed to flee sanctions by arriving in Dubai, they are practically stuck there with nowhere to go. As a part of the sanctions announced by the United States and European Union, companies have been prohibited from insuring Russian aircraft or offering fleet management and maintenance services. “A lot of the Russian-related airplanes have moved to the U.A.E. because you can fly in the airspace there, but once you get there you’re pretty much grounded because you can’t maintain the airplanes,” said Steve Varsana, Chief Executive of private aircraft broker The Jet Business, while speaking to The Wall Street Journal.


Amongst all the Russian-linked jets stranded in Dubai is also the Boeing Dreamliner owned by billionaire Roman Abramovich. Estimated to cost $350 million, the Boeing 787-8 Dreamliner is the most expensive private jet owned by an individual. The Dreamliner was reportedly delivered to the Russian tycoon last year and is originally believed to be built in 2015 for PrivatAir, a Swiss airline operator that went bankrupt in 2018. The cabin has been customized to fit 50 passengers and is finished according to the billionaire’s taste. The dining room alone is so big that it can seat 30 guests. According to flight tracker data, the Dreamliner arrived in Dubai on March 4 and has been parked there since then.
Other jets stranded at the Dubai airport include a Gulfstream G650ER aircraft which is used by Viktor Rashnikov, Chairman of the Board of Directors of the Magnitogorsk Iron and Steel Works; an Embraer S/A aircraft that is reportedly owned by billionaire Mikhail Gutseriev, and a Bombardier BD700 Global Express aircraft which has been linked to Arkady Rotenberg by WSJ. According to the newspaper, the Dubai airport authority charges close to $1000 per day for parking an aircraft, which might not sound too steep when you consider the price of these jets. WINGX also spotted Russian-owned jets in other parts of the world, including Istanbul and Tbilisi airports.
Turkey is another country that refused to join the west in its sanctions against Russia and its businessman, making it another popular safe haven for the oligarchs to park their movable assets. Abramovich’s two superyachts, Eclipse and Solaris, which are worth $1.3 billion combined, arrived in Turkey a few weeks back to avoid being seized. However, the western countries have been different possible methods to tighten the noose around the sanctioned Russian billionaires. The Solaris superyacht was forced to set sail again as the operator of the Turkish port was listed in the UK, making it legally liable.