“Be careful what you say. Do not look for welcome here.” Even as The Two Towers plays on my TV screen, Zicasso prepare to prove the exact opposite. The experts in handcrafted travel have curated One Tour to Rule Them All: The Ultimate 60th Anniversary Lord of the Rings Tour, a customizable, 11-day luxury trip that welcomes you right into the film. Tolkien and Peter Jackson’s collective visualization of Auckland, Hobbiton, Rotorua, Wellington, Queenstown and Wanaka, in New Zealand can soon be explored via private tours and exclusive helicopter rides over hard to reach filming locations. 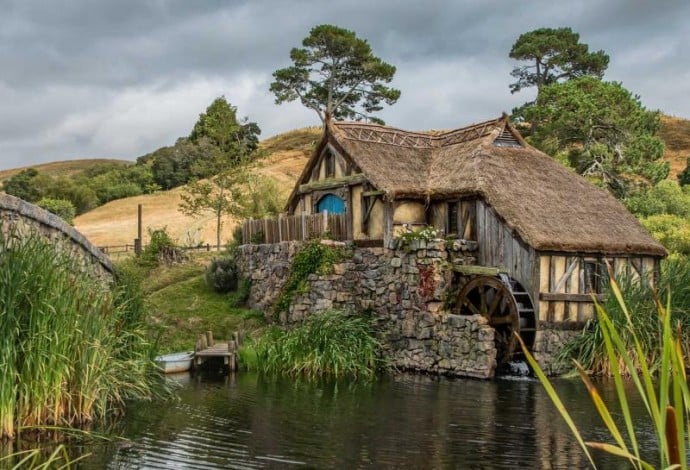 In celebration of the upcoming 60th anniversary of the Lord of the Rings book series, folks at Zicasso are making sure those with deep pockets and a deeper appreciation of the epic fantasy adventure can combine luxury with their own chance at the latter. Starting with a private tour of the Hobbiton in Rotorua. Meanwhile in Wellington, an after hours tour of the Weta Workshop awaits, where artists actually conceptualized the creatures and props for the films. 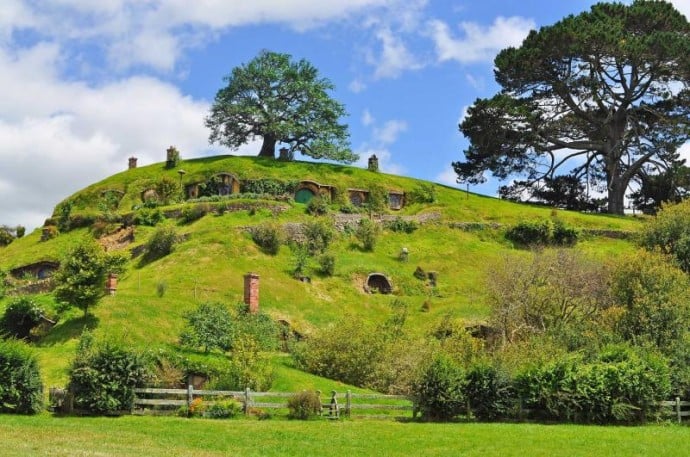 After a full day private tour in Wellington that also features a helicopter tour over the limestone foundations that formed Dimholt Road, there’s lunch at a New Zealand winery and a trip to Miramar, production central and home to Peter Jackson. Expect some more private helicopter rides, as an exclusive two-hour one will fly you over Queenstown. This is when you witness the breathtaking landscapes that made the backdrop for the films, as well as 2-3 landings at hard to reach locations. 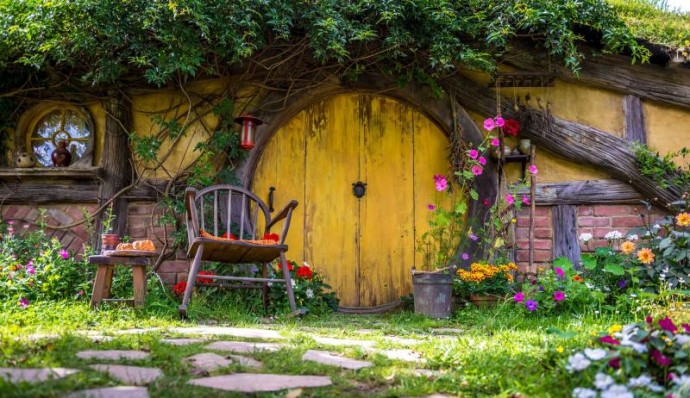 And not just locations, guests will also have exclusive access to secret props, weapons and film costumes. Even when you sit back at the five-star Minaret Lodge, it will most likely be in the oversized furniture of your LOTR-themed room. Other accommodations include The Langham Hotel Auckland, Korua Lodge, Museum Art Hotel and the Dairy Private Luxury Hotel. And activities involve harbor cruises, museum visits, food and wine tastings, shotover jet rides and canopy tours. 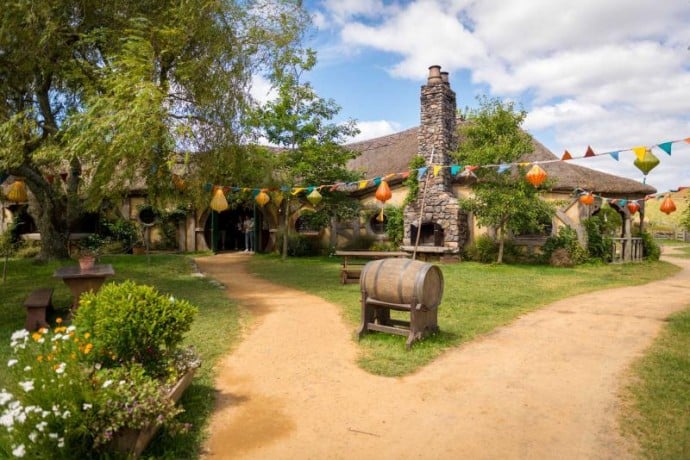 So what’s in it for them? Not much except $7,000 per person. Guests who book by September 15, 2014 will also receive the new Lord of the Rings 60th Anniversary Boxed Set, a four-volume set that includes The Lord of the Rings: A Reader’s Companion, a unique, annotated guide to the text as well as, The Art of Magic: 20 Years of WETA, featuring never-before-published content. Our tip? Make this trip even more fantastical. I know, sounds hard. But the tree house restaurant suspended 130 feet in the sky at Auckland might just be the one thing that can make it possible.