Randa may just be another Swiss town to you, but it is now officially home to the world’s longest pedestrian bridge. At an impressive 494 metres long and 86 metres above the ground at its highest point, the architectural marvel stretches across a valley between Grächen and Zermatt. Enthusiastic hikers can eagerly venture across the Charles Kuonen Suspension Bridge and cherish gorgeous views of some of the neighbouring mountain ranges including the famed Matterhorn, as well as the Weisshorn and the Bernese Alps. 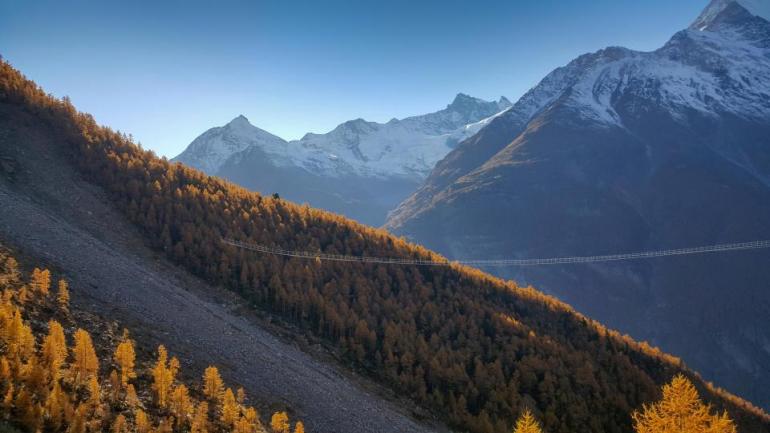 The bridge now enables commuters and hikers to cut across the journey in 10 minutes as compared to the frustrating four hours it earlier took.

Before this bridge was built, Hunan province of Southern China was home to the longest pedestrian bridge at 430 metres and suspended 300 metres above China’s Zhangjiajie Canyon enabling viewers to relish views through their glass-bottomed base. 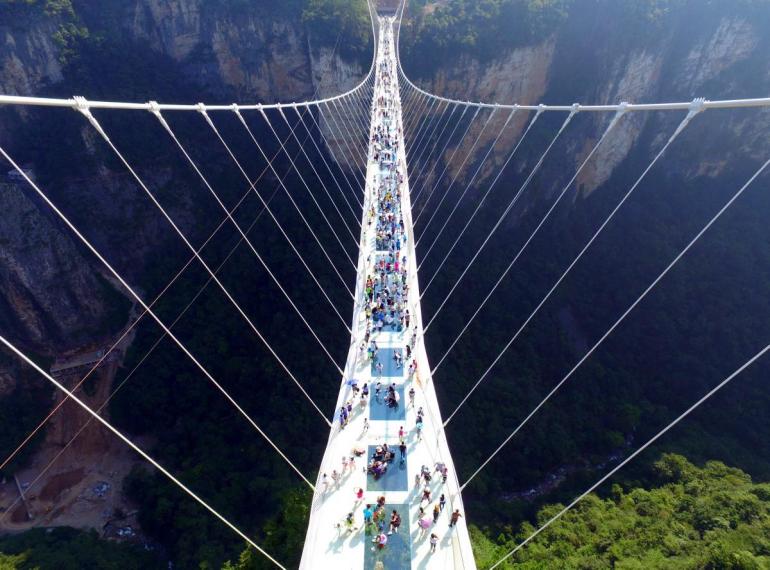 If you’re one of those suffering from vertigo, I’d highly recommend refraining from the pedestrian bridges as well as a 69-metre glass walkway built in the mountains of the Shaanxi Province unveiled last July. In the same week, a walkway outside the 88th floor of the Jinmao Tower was opened in Shanghai. Set 340 metres above the ground, visitors are required to attach themselves to the building using a safety rope to scale the walkway. Clearly, China’s contribution to architectural monuments is notable.

Only last year, Dubai declared that they would open a new glass-floored walkway on the 80th floor of the tallest skyscraper in the city’s new Akyon City development, adding yet another feather to their cap. So you will actually be strapped into a harness and secured to a safety rail and keen adventurers will begin their viewing experience on the 78th floor lounge and dining room, walk along an open-air ledge, and then ascend to the glass “viewing capsule” two floors above at nearly 235 metres (935 feet) above the ground. 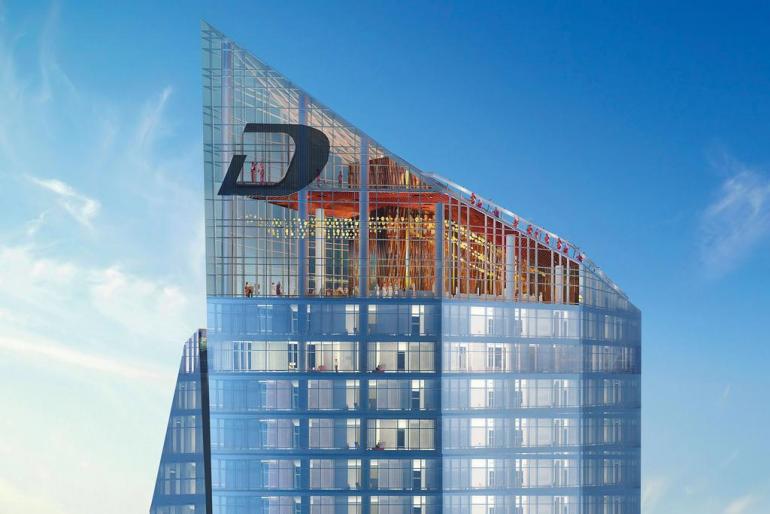 Los Angeles is yet another city boasting these fascinating marvels. A vertiginous glass slide known as the Sky Slide was built on the side of the 73-storey US Bank Tower, the tallest skyscraper in the city.

Earning the title as the longest footbridge in the sky, a Russian pedestrian bridge was built in 2014.

The SkyBridge includes two observation platforms, each offering panoramic views of the mountains and the Black Sea coast.

Tags from the story
Switzerland, World-Longest