Train journeys are fascinating, without trying too hard. There’s something about traveling in peace on a train that takes you through the picturesque bends and turns of nature sans the chaos and hurry seen on airplanes. Our world offers some spectacular luxury train options, and the name that comes to mind first is Belmond. Recently, Belmond has unveiled a unique cinematic design partnership with the filmmaker Wes Anderson. He is known for the quirky and humorous films like ‘The Royal Tenenbaums,’ ‘The Darjeeling Limited,’ ‘Fantastic Mr. Fox’ and ‘The Grand Budapest Hotel. Add to this impressive repertoire the Pullman carriage named Cygnus, featuring two private coupes. Let’s take a look at the result of the talented filmmakers work that, according to Belmond, is a ‘tribute to both the golden age of cinema and travel’: 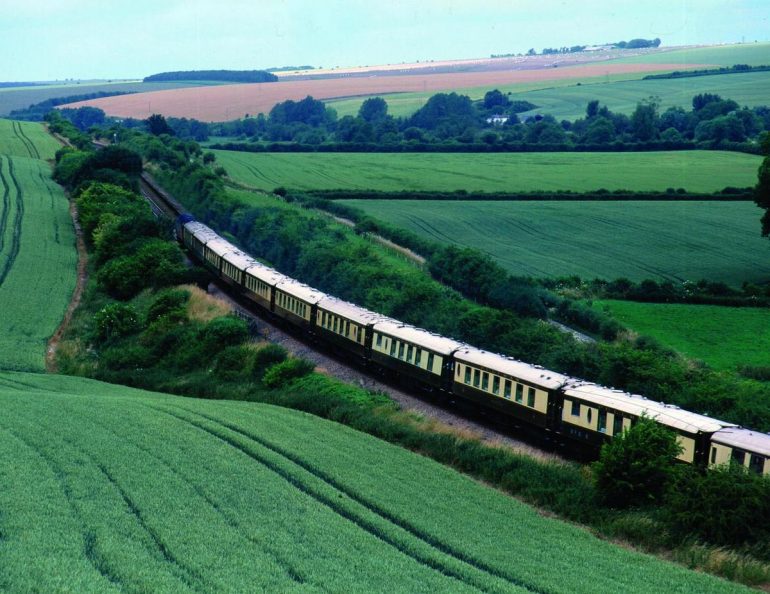 This amalgamation of cinema and a train carriage coincides with the premiere of The French Dispatch, Anderson’s latest film. It is set at an outpost of a US newspaper in Ennui-sur-Blase, a fictional 20th-century French city. The cinematic carriage will make its first journey on October 13, traveling from London Victoria to Cardiff 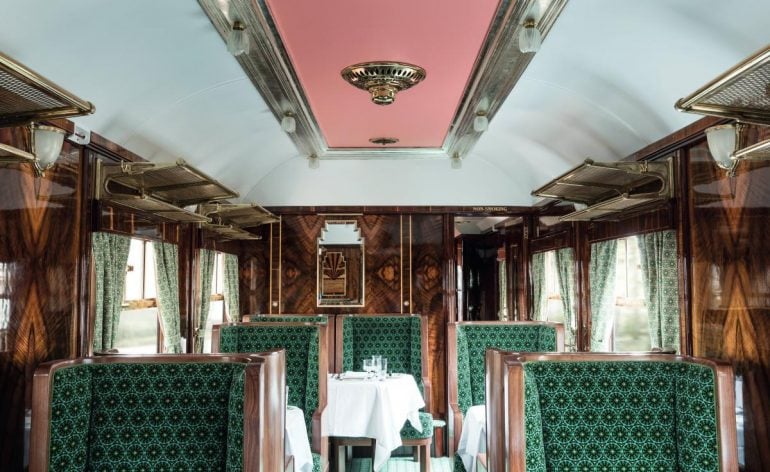 According to DailyMail, Anderson says of the unveiling: ‘I love trains! I have often had the chance to invent train compartments and carriages in my movies. So I was immediately pleased to say “yes” to this real-life opportunity and very eager to make something new while also participating in the process of preservation which accompanies all the classic Belmond train projects. They are keeping something special alive – igniting this endangered species of travel into a new golden era.’ 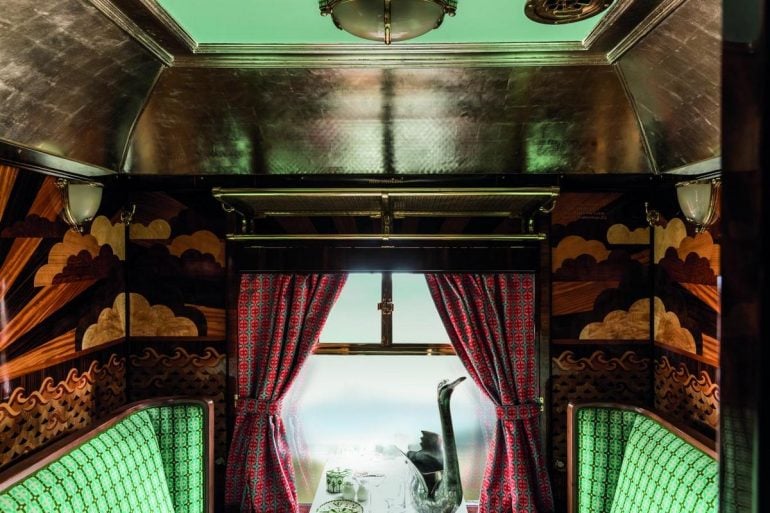 It’s easy to recognize Anderson’s signature style that usually comprises art nouveau influences. He makes the use of symmetrical lines and a unique color palette for effect. 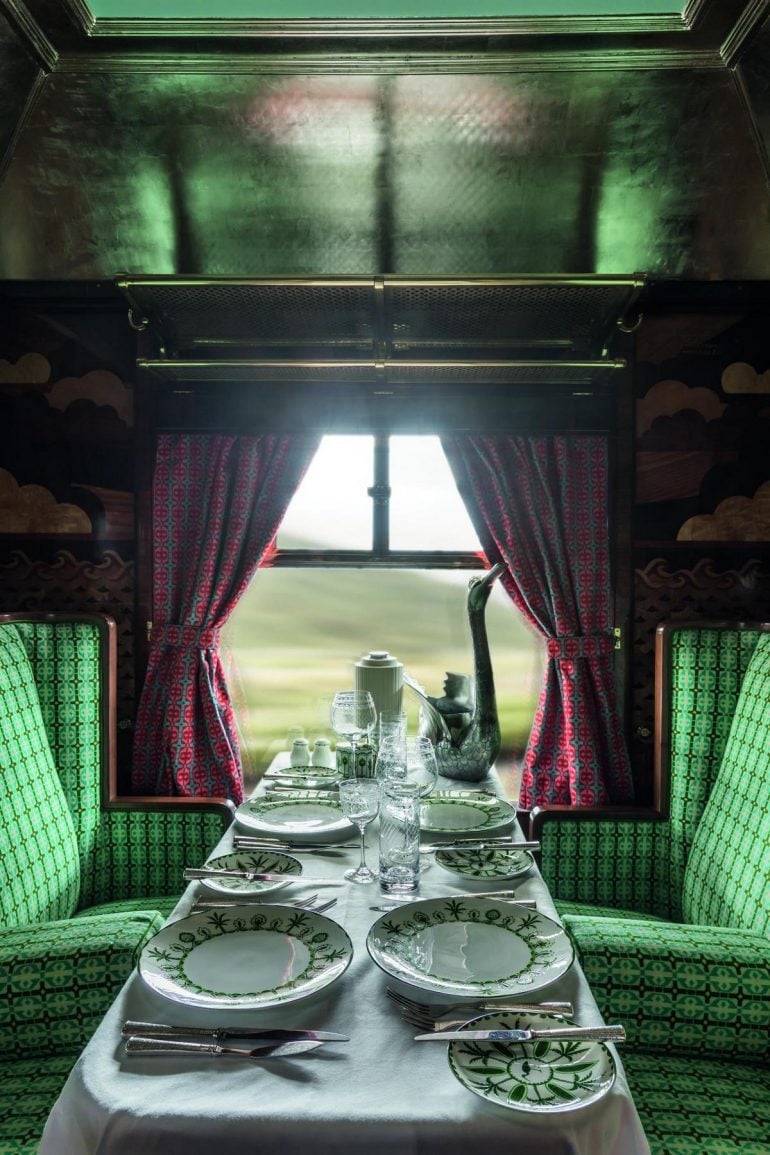 Cygnus carriage features two private coupés, which are roomy rough for up to four guests. To ensure a memorable experience, contemporary British menus are served on special crockery, with exclusive cocktails served in glassware only available in the private coupé. 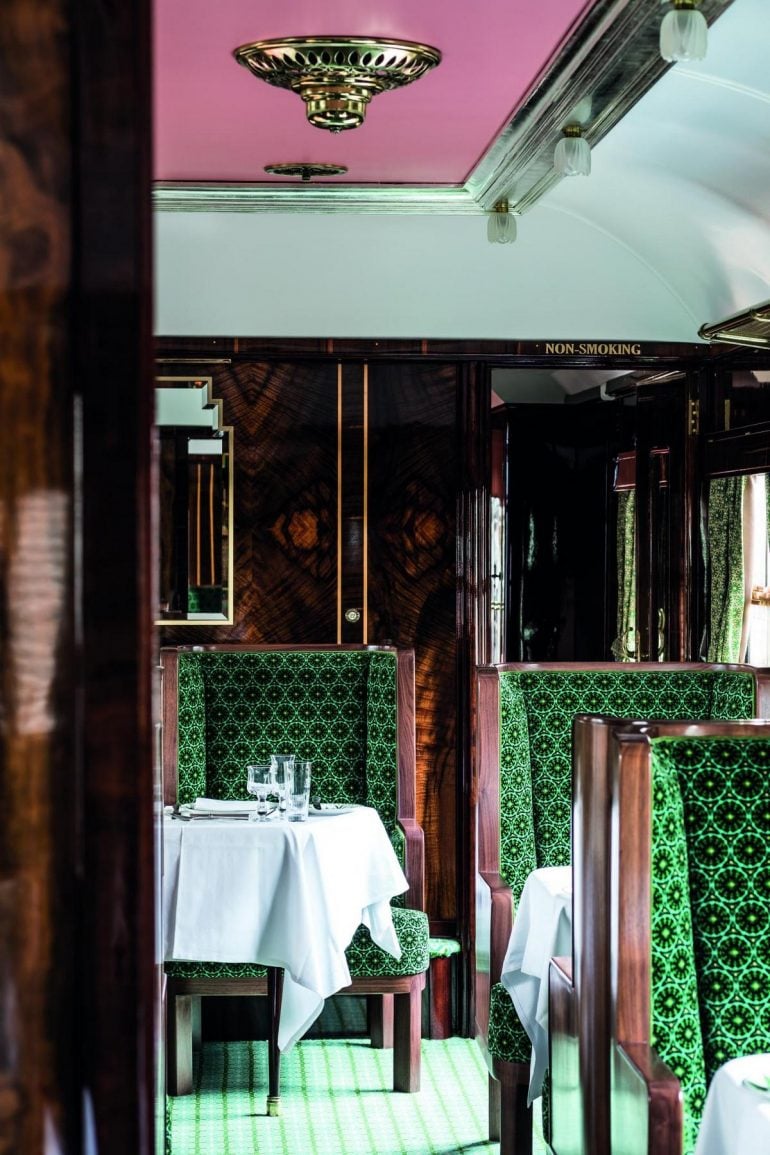 The Cygnus carriage is named after the Greek God of Balance. The references to the classical myth are reflected throughout the design, which abundantly uses patterns of waves, swans, and inlaid woodwork. 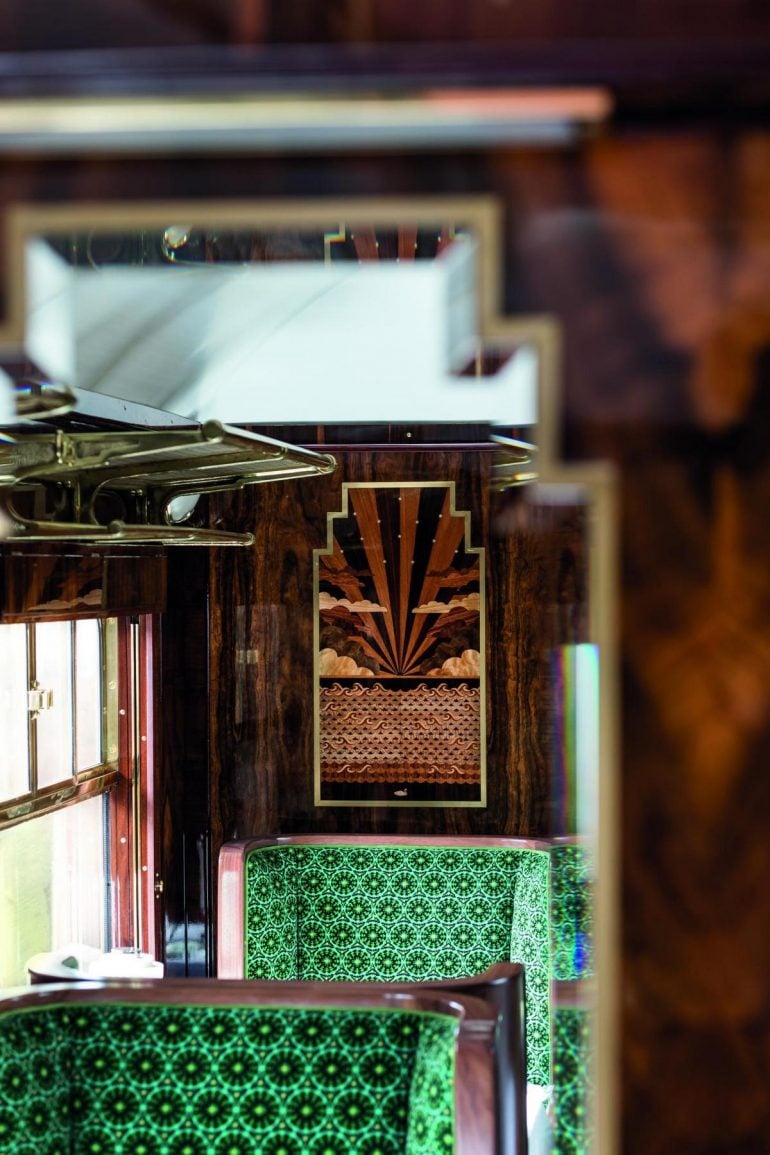