Girard-Perregaux has unveiled its latest limited-edition timepiece called the Cosmos Infinity Edition at the ongoing Geneva Watch Days show. The new wristwatch is an evolution of the Cosmos released in 2019 and presents the astronomy-themed creation in a new look that combines grade 5 titanium case with black onyx elements of the watch and hand-applied pink gold accents. The use of black onyx symbolizes the depth of the universe and its infinite mystery. The overall design and the architecture of the watch remain unchanged, otherwise. The time display is located at 12 o’clock on the dial, flanked by the two globes on each side at 3 and 9 o’clock, which are made of glossy black onyx stone. The terrestrial globe on the right rotates 360° every 24 hours, according to the terrestrial time. The celestial globe on the other side follows the celestial time rotates 360° every 23 hours and 56 minutes, marking the exact movement of the zodiac constellations marked on it. Each globe is hand-decorated using micro-painting in pink gold, but it can also be personalized on request. 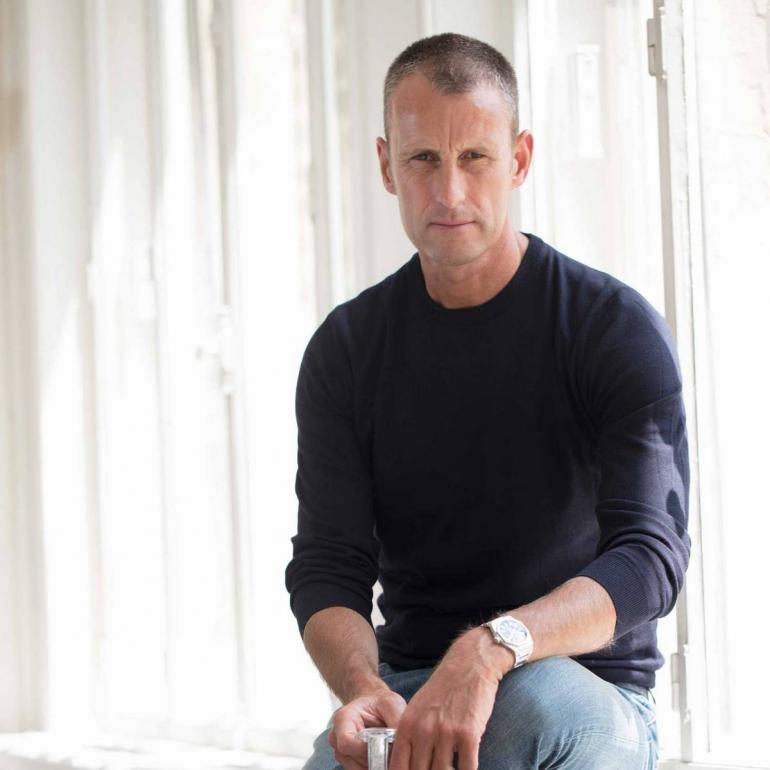 At 6 o’clock is a Neo Bridge that supports the tourbillion, which along with the mainplate is black PVD-treated, sandblasting, and decorated with hand-beveling. Powering the watch is the Caliber GP09320-1440 is enriched with high-end finishing. To give a 3-dimensional view of the dial and the beautiful globes, the watch is fitted with an aggressively boxed and dome-shaped sapphire crystal. Additionally, the watch has an innovative winding and setting system at the back that replaces a traditional crown. “The Cosmos Infinity Edition is a journey through the stars that ‘makes the invisible visible’, a hallmark of our brand dating back to the 1860s”, explains CEO Patrick Pruniaux. “The movements and constellations reveal the mysteries of the universe that are invisible to the naked eye.” The watch is priced at CHF 274,000 (about $300,000) and only 8 examples of the Cosmos Infinity Edition will be made. 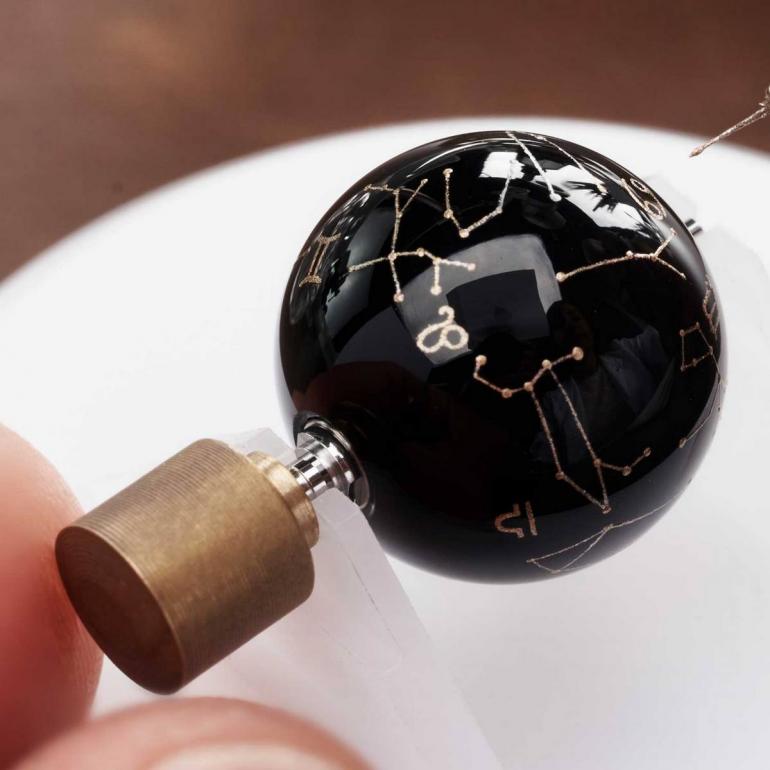 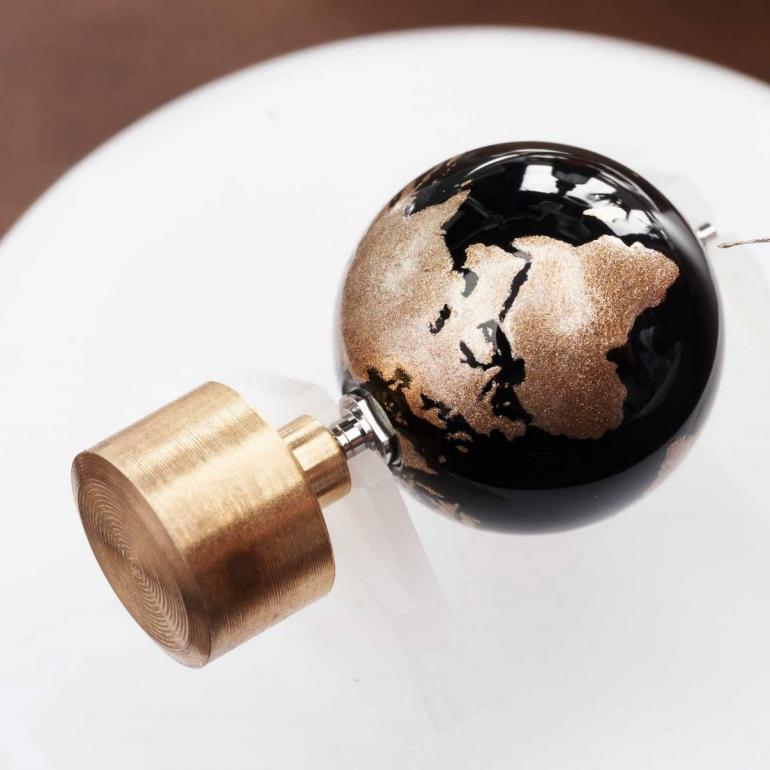 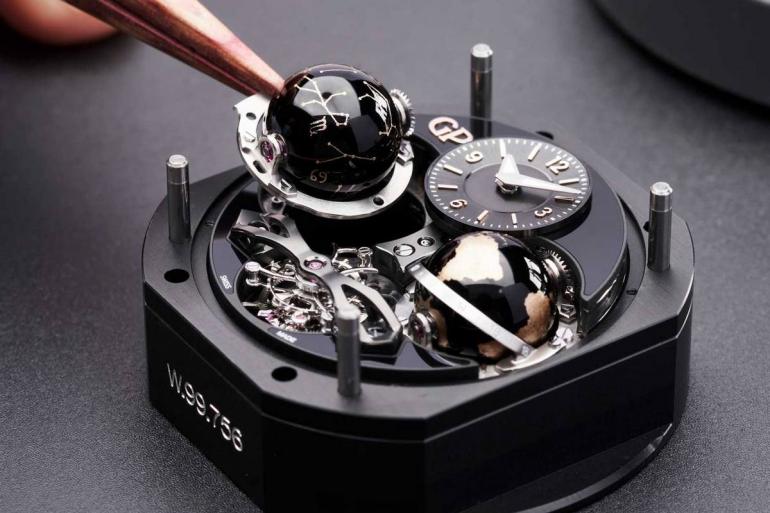 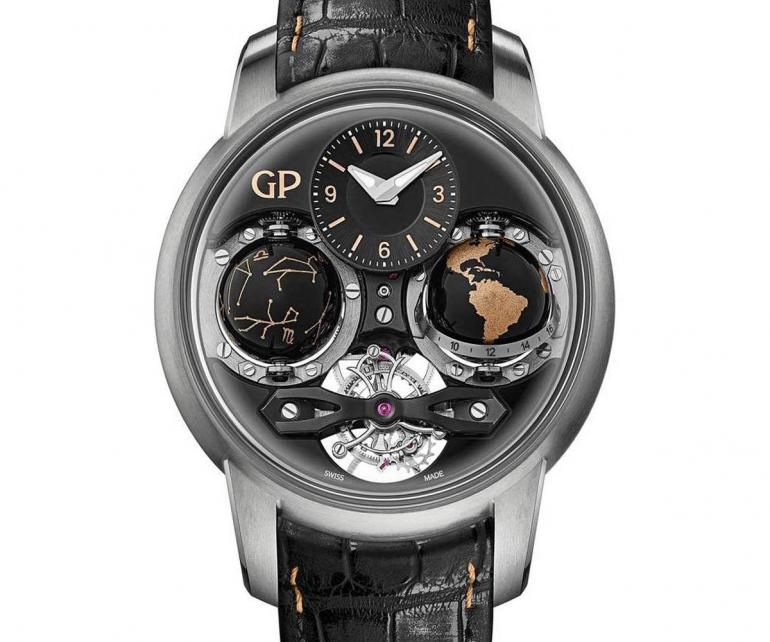 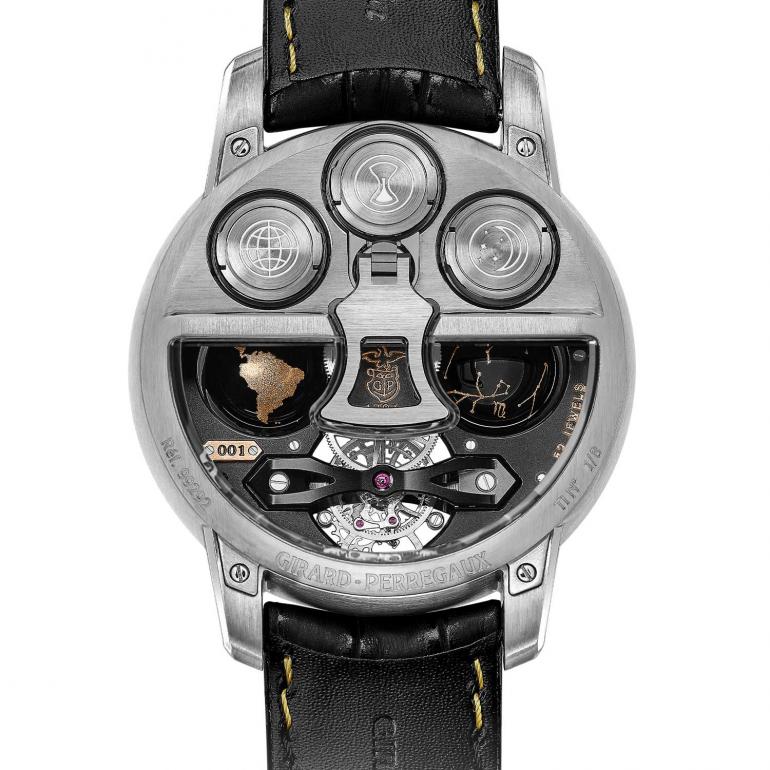 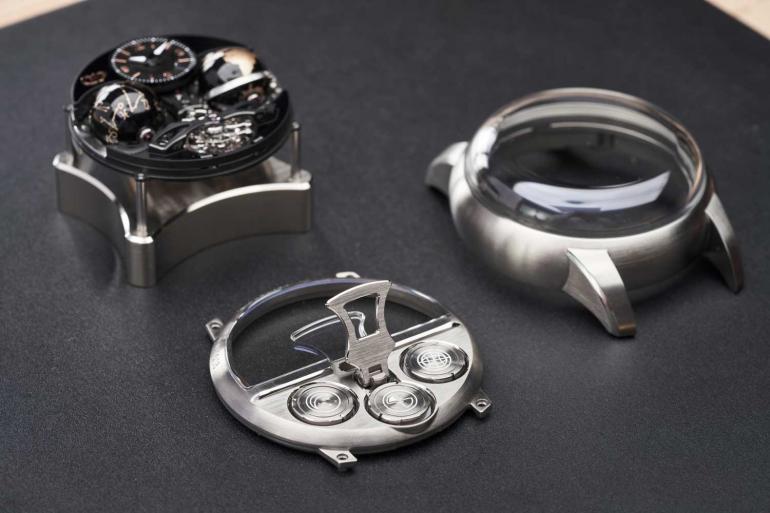 Tags from the story
Girard-Perregaux, Limited-Edition