Earlier this year Hermès impressed us with their simple but impactful Arceau Casaque and this summer the brand is building on that momentum with the launch of their new Médor Rock collection. These timepieces play on the concealed watch concept with the watch face hidden away behind a colorful lacquered pyramid stud, ready to be revealed with a press of the crown. 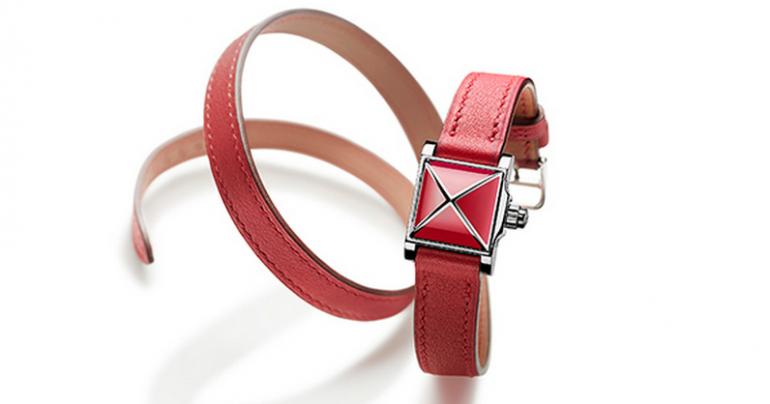 The inspiration behind the watch is Hermès dog collar bracelet, which in turn built on the pyramid studs which appeared on belts from the 1930s. These days pyramid studded bracelets and belts are associated with punk and rock n’ roll style. Perhaps it was the rebellious spirit of these style movements that Hermès wanted to bring to their watch. 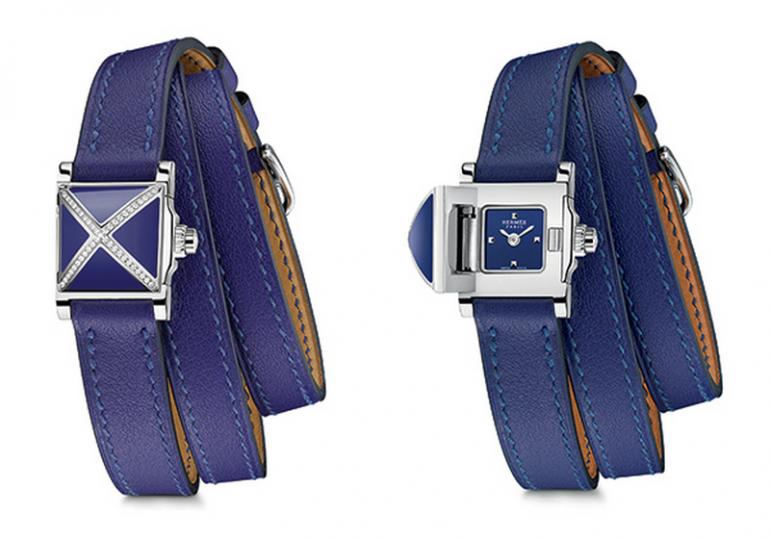 You’ll three versions of the Médor Rock fitted with a triple tour strap: some watches with a plain silver tone pyramid stud, some with a lacquered stud, and a few with studs that are lacquered and cross-set. Choose from a slew of bold bright colors like orange, capucine, vermillion red, or even subtle colors such as inky blue, etoupe or natural Barenia with contrasting stitching.