Swiss watchmaker HYT, known for their unique and bold creations, introduced the Skull watch back in 2015. Based on the original HYT H1 watch, the HYT Skull watch came with a very interesting way of telling time – using what the watchmaker calls ‘liquid timekeeping’ technology, the capillaries shaped around the big-sized skull on the dial mark the passage of time. For 2018, HYT introduced a revised version of the watch. The new Skull watch has a slightly smaller case, which has been resized from 51mm to 48.8mm. Launched in March this year, the HYT Skull 48.8 was released in two versions – one made entirely from 5N pink gold and the other from contrasting gold and black DLC titanium. The Swiss brand has now released three limited editions of the Skull 48.8 decked out in the bright colors of red, green and blue. 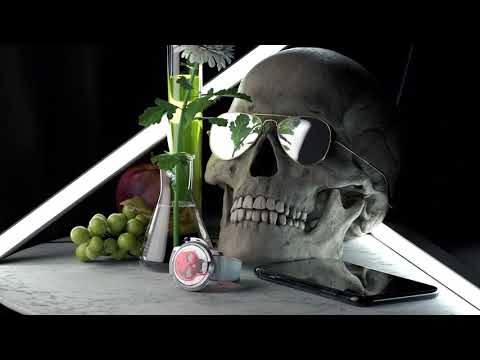 All the three limited editions have an interesting theme of bright colors contrasting monochromatic backcloth of the galvanized dial and titanium case, highlighting the skull and the liquid timekeeping mechanism. The 48.8mm case is made out of titanium with satin and sandblasted finishes. The dial wears an anthracite grey galvanized coating with micro-blasted finish. The straps carry the same contrasting theme with grey fabric and stitching colored rubber core. Technically, the limited edition watches are identical to the standard variants launched earlier this year. The Skull, varnished in the respective colors of the limited edition, is animated by an exclusive mechanical HYT caliber. The manually-wound caliber offers a 65-hour power reserve, and powers the HYT exclusive patented micro-fluidic module that displays the hours. The seconds indicator is situated in the left eye, the power reserve indicator in the right eye. Each version is limited to 50 pieces. 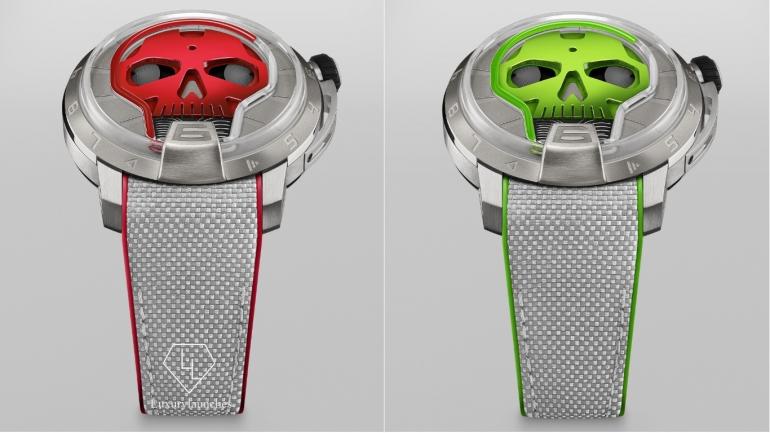 Tags from the story
HYT