Bugatti and Jacob & Co. announced their partnership about a year ago and it has spawned two special edition watches till now. The watchmaker has released a new collaborative timepiece which honors the hypercar that finally broke the hallowed 300 mph barrier, the Bugatti Chiron Super Sport 300+. Called the Twin Turbo Furious Bugatti 300+, the latest watch is based on first co-branded piece to come from the collaboration – the $525,000 Twin Turbo Furious Bugatti Edition that came out last year. According to the official release for the special edition watch, it is inspired by the materials and colors of the Chiron Super Sport 300+ along with the technical performance of the monstrous 8.0-liter W16 engine. 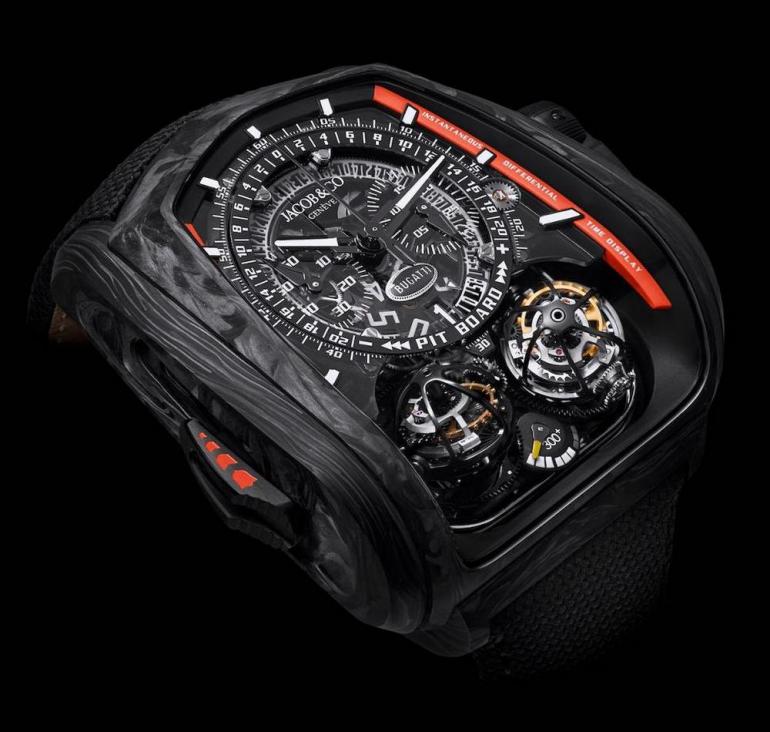 The Jacob & Co Twin Turbo Furious Bugatti 300+ timepiece features a jet black look with contrasting bright red accents. The timepiece gets a forged carbon case that evokes the beauty of the exposed carbon fiber bodywork of the record-breaking hypercar. The 46 mm case alone is comprised of 88 parts. Housed inside is the black titanium twin triple-axis tourbillon movement that includes a decimal minute repeater complication and a mono-pusher chronograph with a reference time – A grand complication no brand has ever offered before. The complex caliber consists of 832 components and offers a power reserve of 50 hours. Despite being technically complicated, the watch still is sporty and Jacob & Co. has made sure that it’s comfortable to wear. Only three pieces of the Twin Turbo Furious Bugatti 300+ will be made, each priced at $580,000. 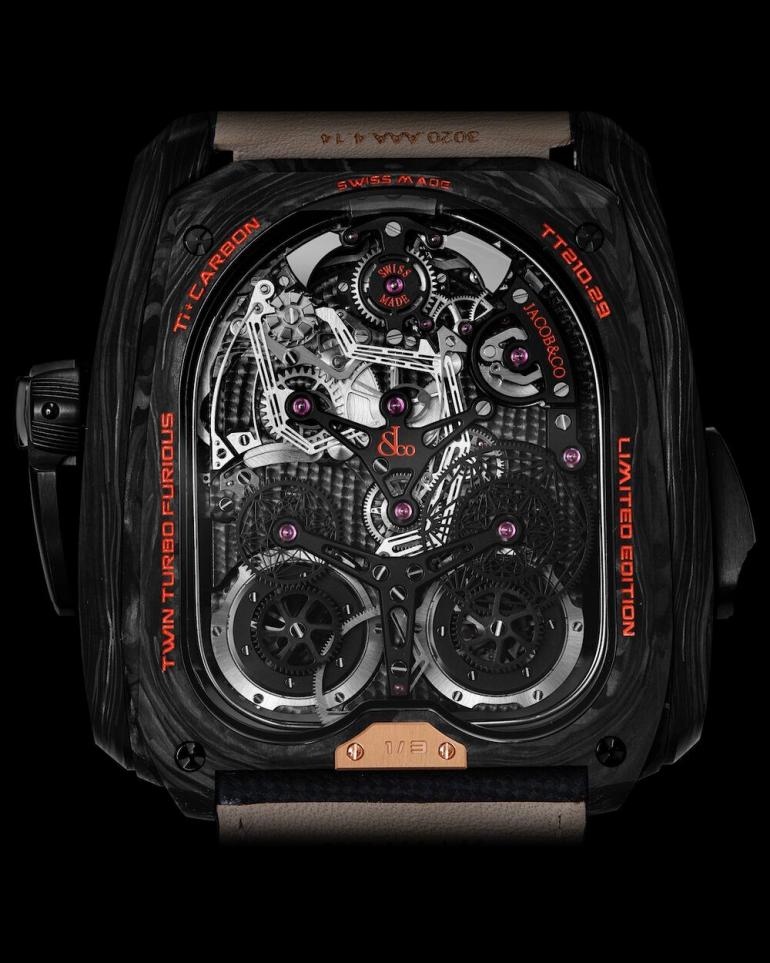 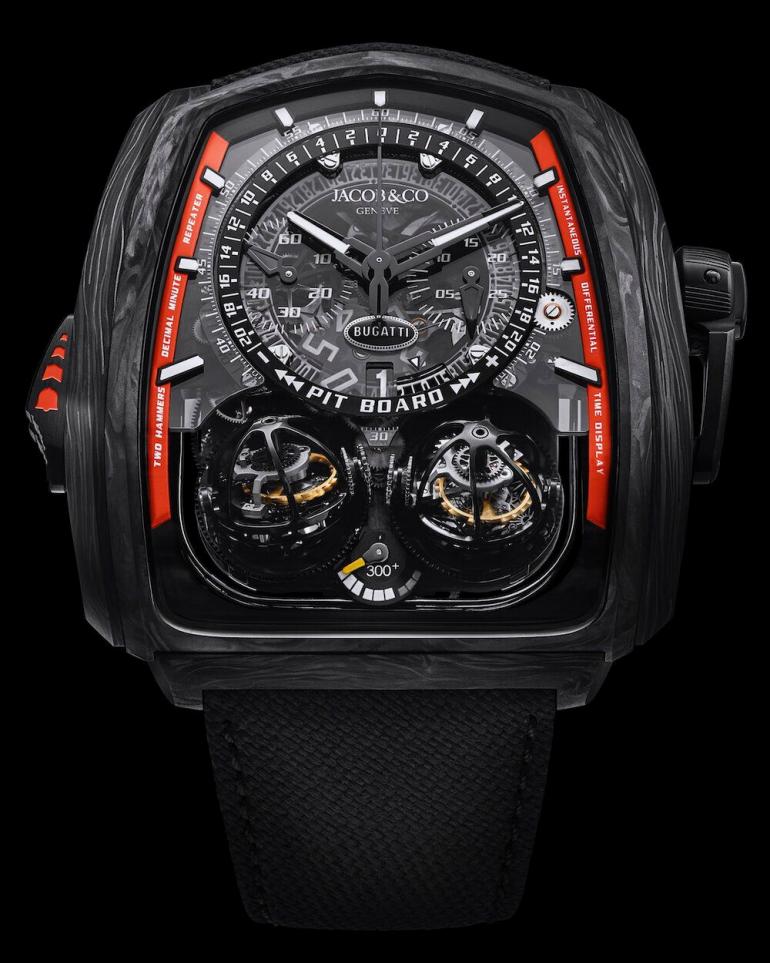