To celebrate its 185th anniversary, Jaeger-LeCoultre has surprised everyone by introducing a new limited edition tribute model of the iconic Reverso watch. The new Tribute Tourbillon Duoface combines the double-dialled concept with a complex movement; however, unlike the previous complex Reverso watches that have often been bulky, this new iteration just as thin, elegant and discreet as the original. But the “Tribute” watch is in in fact anything but a tribute as the new timepiece is entirely new in terms of design, concept and movement. Despite sporting a flying tourbillon and the Duoface layout, the Reverso Tribute Duoface Tourbillon has a small case size measuring 27.4mm wide, 45.5 lug to lug, and just 9.15mm thick. It’s even smaller in every dimension compared to a standard Reverso Classic Large Duoface. 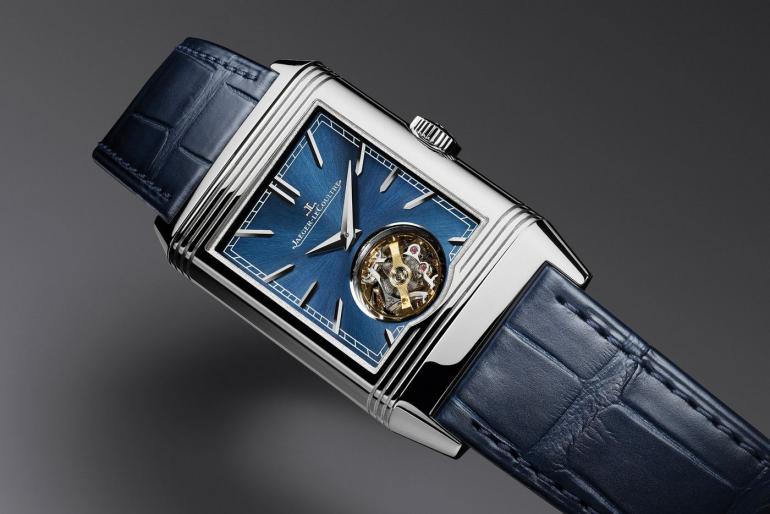 The Reverso Tribute Tourbillon Duoface is equipped with the new manually-wound JLC caliber 847. It features a sixty-second flying tourbillon that functions as a seconds display along with the Duoface functionality which allows the single movement to show a different time zone on each face. The first face shows a classic sun-ray brushed blue dial with Dauphine hands and applied indices. The second face is more technical featuring silvered grained dial for the independent second time-zone and the night-and-day indicator and a view of the tourbillon bridge. The watch is paired with a blue alligator strap. Only 50 pieces of the limited edition Tribute watch will be available priced at USD 123,000. 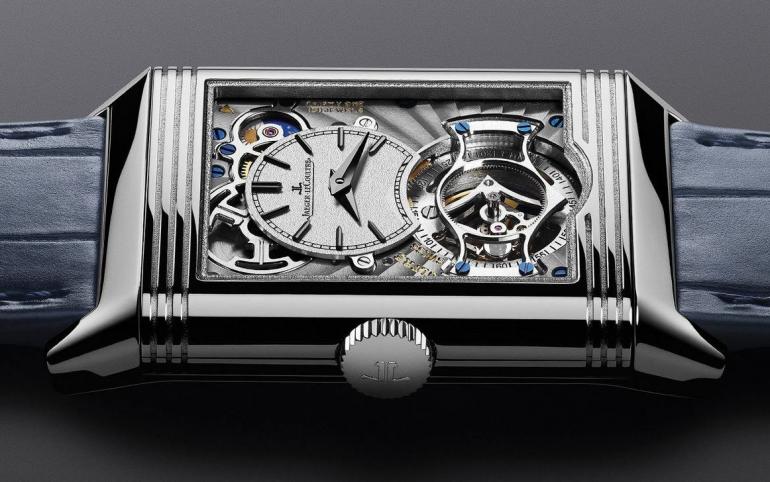